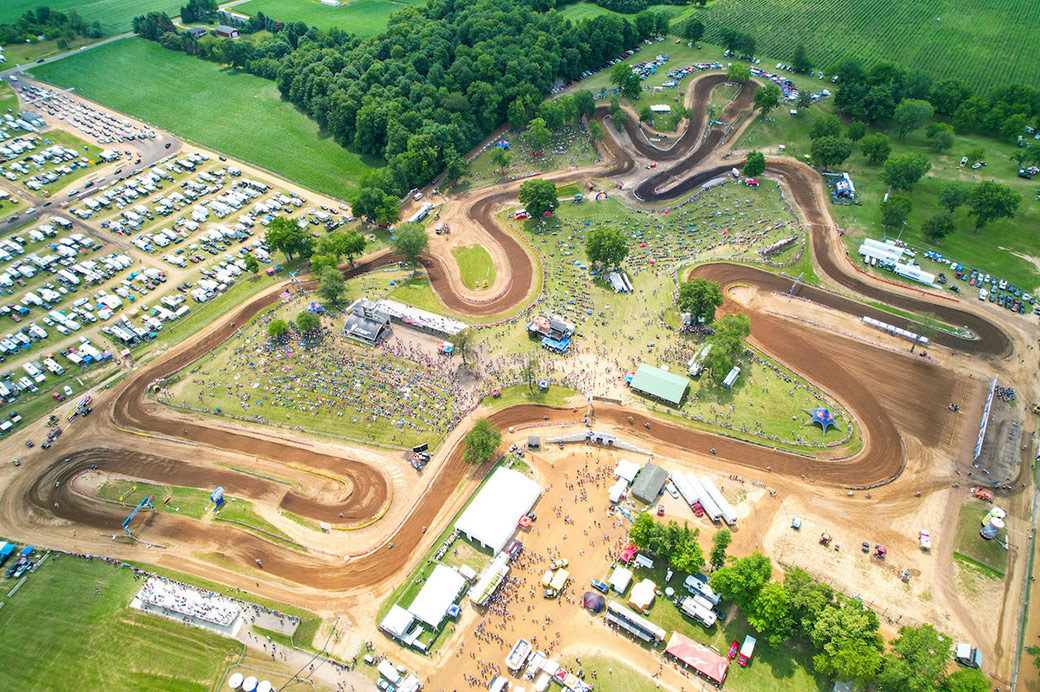 With the fifth round of the 50th Anniversary of the Lucas Oil Pro Motocross Championship, sanctioned by AMA Pro Racing, mere days away, MX Sports Pro Racing has announced its lineup of rider coaches and selected participants for the first gathering of the 2022 Scouting Moto Combine, presented by U.S. Air Force Special Warfare.

Michigan’s famed RedBud MX will serve as the host site of the first combine of the summer on Friday, July 1, which will run in conjunction with the KTM RedBud National.

“After an incredibly successful debut of the program last summer, anticipation for the return of the Scouting Moto Combine has been extremely high, particularly with the expansion to include RedBud as our kick-off gathering,” said Tim Cotter, Event Director, MX Sports Pro Racing.

“The combine is already a proven success, as several of our participants from last season have either turned pro or are set to embark on their professional journey. Perhaps none more notable than Ryder DiFrancesco, who went unbeaten in four motos last year and will make his pro debut at RedBud with Monster Energy/Pro Circuit/Kawasaki.

“The graduation of some of our past participants, the ascension of returning riders like Chance Hymas, and the debut of athletes like Haiden Deegan are a testament to the combine’s intended goal. With the commitment from our participating manufacturers this platform serves to showcase our sport’s most promising talent and prepare them for the future, and we simply cannot wait to lend our support to another group of aspiring riders this weekend and beyond.” 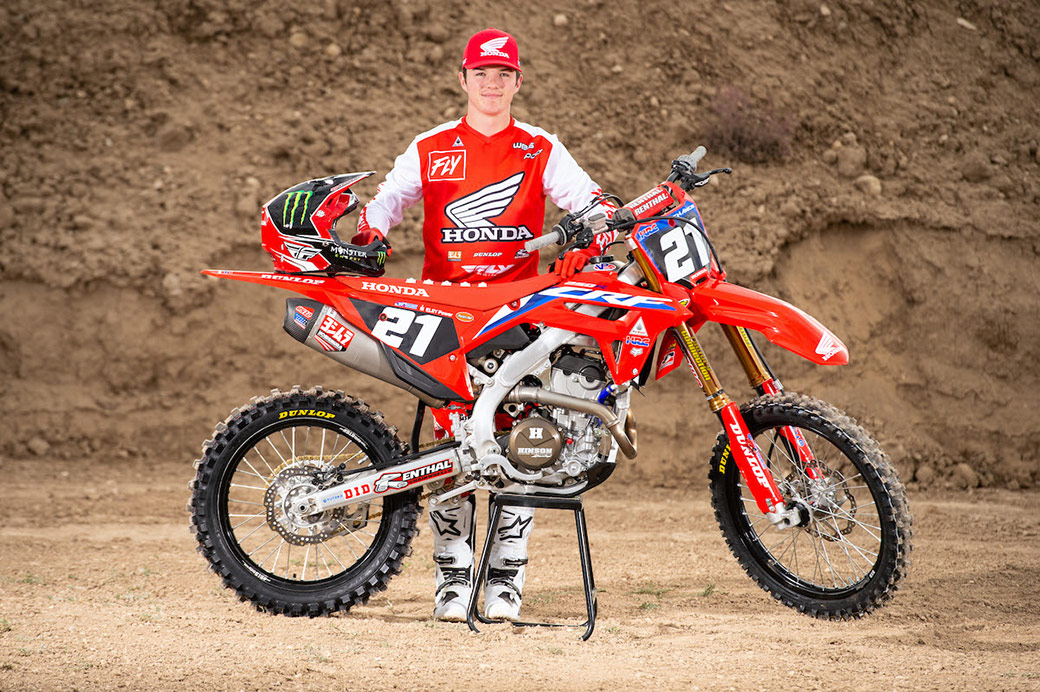 Pic: After strong performances at last year’s combines, Chance Hymas returns as one of the riders to beat with his new team at Team Honda HRC

A total of 24 of the top A & B class riders in the country, handpicked by each respective manufacturer, will compose the RedBud gathering, which will feature both an educational, classroom-style session in addition to a pair of 25-minute-plus-two-lap motos. These prospects will be separated into four groups, where they will be assigned to one of the four highly regarded former pros that will make up the combine coaching staff, led by returning coaches Broc Glover, a six-time AMA National Champion, and Chad Reed, the 2009 Pro Motocross 450 Class Champion who was also the winning coach at the inaugural combine gathering last August. Rounding out the RedBud coaches is perennial contender Michael Byrne and three-time AMA National Champion Jeff Stanton, both of whom will join the combine for the first time. All told, the coaching lineup features 10 Pro Motocross titles and 66 victories, and the invaluable mentorship provided by these proverbial legends of the sport is one of the most critical aspects of the Scouting Moto Combine. This unprecedented access to some of American motocross’ most experienced and successful athletes will offer insight into life at the professional level, particularly on the racetrack, where each coach’s guidance will focus on facilitating prospects’ success in the motos.

The action on the track will once again serve as the centrepiece of the Scouting Moto Combine, where these promising talents will have the opportunity to showcase their potential to the dozens of key industry personnel in the pro paddock, from the most decorated factory race teams to team managers always in search of adding more speed and skill to their lineup. The combine schedule will emulate that of a Pro Motocross National, establishing a professional atmosphere that includes practice, staging, podium interviews, and post-race media sessions.

Additionally, prospects will receive key insights and advice that pertains to the many intangibles of the professional level away from the racetrack, with a focus on fitness and nutrition with highly successful trainer and former racer Gareth Swanepoel, as well as tips for media engagement, featuring MAVTV Motorsports Network host Jason Weigandt, event public address announcer Rob Buydos, and Pro Motocross social media manager Sam Nicolini. The combine will also extend into Saturday’s RedBud National, with a ceremonial parade lap during opening ceremonies.