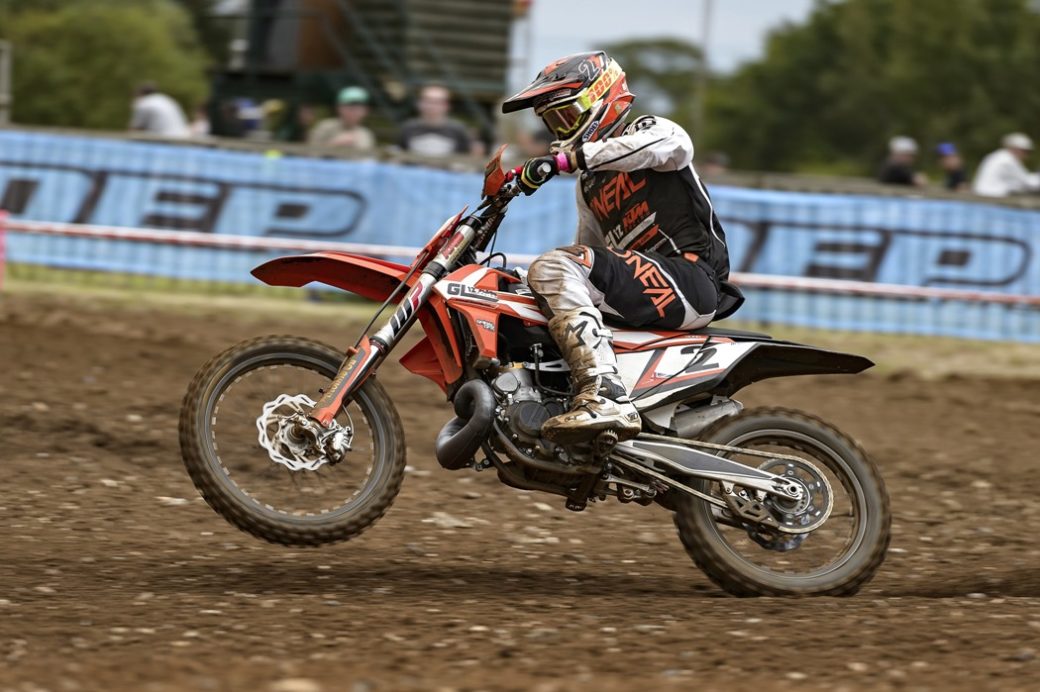 At the front of the queue are this year’s top three – Mike Kras, Neville Bradshaw and James Dunn.

Kras dominated the first two rounds before a mid-season illness combined with his GL12 KTM team-mate Dunn hitting his stride led to a tense finish with the Dutchman eventually running out winner by five points from Bradshaw.

“The British championship is awesome,” says Kras, who will also contest the EMX300 championship next year. “The ACU does a great job! The tracks are really good – I’m just missing more sand tracks!”

At 34 years of age Bradshaw is approaching senior citizen status in the world of top-flight racing and his bike – an ’02 CR250 – is no spring chicken either.

“I obviously really enjoy riding the two-strokes,” says the South African MXoN team member, “and now that I know the bike’s pretty competitive I can go into the championship and hopefully battle with James and Mike for the title.

“I didn’t have a clue at the start of this year how competitive it would be. So I’ll have a crack and see how I get on but I would actually like to win it. I’ll try hard for it but if it’s not there then it’s not there. I’ll just enjoy the racing.”

Dunn’s form at the last two rounds of the B2S series was nothing short of sensational. After missing the opening round and then taking a couple of fifths at round two, the 22-year-old reeled off a four-race win-streak to charge up to third in the final points table.

Dunn is also racing the EMX250 championship where, after winning the final round of the series in 2017, he showed that two-strokes can still be competitive against four-strokes.

“It’s good to be confident,” says Dunn, “and I believe any race I go into I can do well and want to be up there at the front either winning or challenging for the podium. On the other hand, no race is ever easy.

“It’s going to be a busy season next year and I’m really looking forward to it. I can’t wait to go racing.”