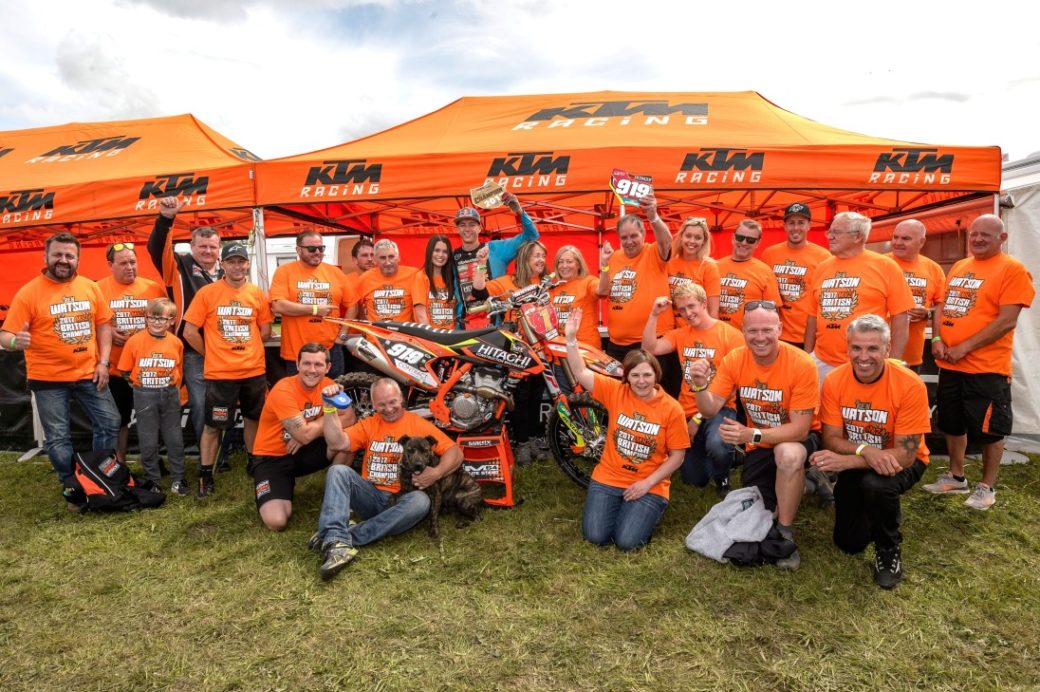 Hitachi KTM UK’s Ben Watson completed a dream comeback from last year’s season-ending injury when he clinched the Maxxis ACU British Motocross MX2 title at Preston Docks with one round still to go.

The 20-year-old, who badly broke his foot at the 2016 MXGP of Argentina, missed almost the entire season through injury and recorded just one Maxxis race finish but he turned everything around on Sunday when he took the biggest prize in domestic 250 racing.

Fast and consistent all year, Watson headed to Preston with five moto wins under his belt and a commanding series lead having only finished off the overall podium once – at Blaxhall earlier in July – with six rounds down.

With his main title rival Martin Barr (Buildbase Honda) struggling with starts all day, after winning the opening moto Watson knew he could afford to ease his pace when Darian Sanayei went past and still take the title with one round to go.

“I’m absolutely over the moon,” he said. “I came here with a 42-point lead and knew I had to leave here over 50 ahead if I wanted to win the championship so I pushed on in both races. I won the first race and was second in race two – I’d have loved to have pushed harder in the last one and tried to fight for the win but I thought of the bigger picture.

“I’d like to say a massive thank you to the whole team and everyone who’s backed me after being out almost all of last year.

“It feels great to come back and win the championship.”