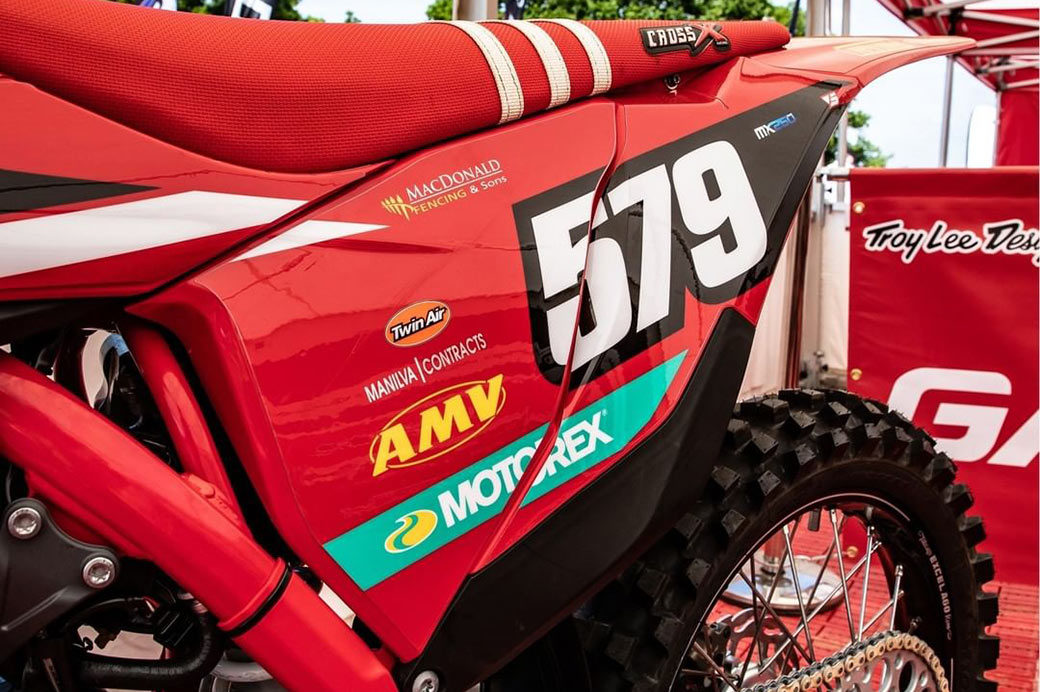 ASA United GASGAS’s Bobby Bruce ticked off some career milestones at Skelder Bank and how he rode; you wouldn’t know he’d been starved of competitive action for many months.

Bruce was making his first appearance of the season after a nasty injury sustained during pre-season wrecked his knee.

After finishing runner-up to EMX125 champion Valerio Lata last season, EMX250 and Mantova were waiting, with Bruce expected to step up to the 250cc class in Europe and at home. However, a small mistake riding ahead of the season left Bruce needing surgery to his ACL and MCL.

That is clearly behind him as he tested his new knee on the technical and drenched track at Whitby. Making his debut on the MC250f in the MX2 class, the 18-year-old qualified fourth and then confirmed during the motos he has the speed to run with the more experienced riders; finishing sixth and then 10th for an impressive fifth overall.

MX1 teammate John Adamson didn’t quite match his FatCat result, but a pair of fifth places for sixth overall was still his second-best result of the campaign. “Hard to be happy with the overall, but riding was okay and look forward to the final round [at Landrake] next month,” he said.

The team’s 125cc pilot Tyla Hooley climbed the bottom step of the podium with only the last race damaging an otherwise excellent scorecard of 2-2-2-7, while Raife Broadley was fifth overall.

The ASA United GASGAS team truck is already on its way to Sweden for the Uddevalla round of MXGP, the first stop on a demanding three-week schedule, which will also take in Finland and France before going on to Turkey.

Interestingly, Bruce will compete in the FIM Motocross World Championship for the remainder of the season, with Uddevalla his MX2 debut.