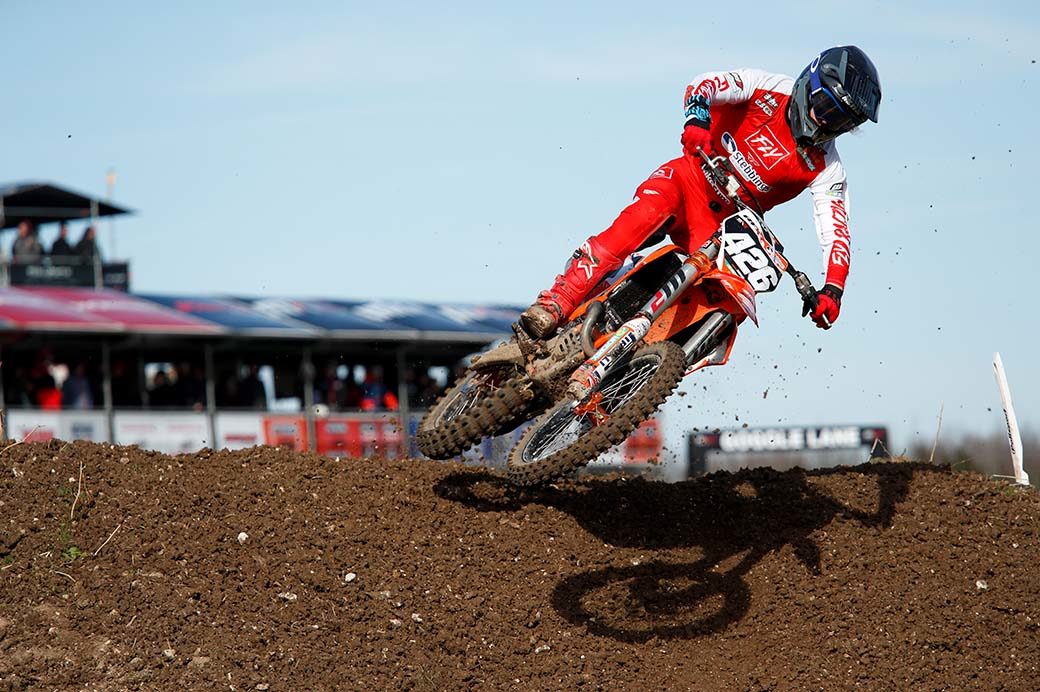 Conrad Mewse has been injured in a first-turn crash in the opening race of MXGB’s Canada Heights event, leaving him powerless to hold on to the series red plate and putting his Spanish GP weekend in doubt.

The privateer remains tight-lipped about the extent of his injuries that led to him DNFing moto one and unable to line up for the second. The 23-year-old British rider described the injury he sustained at the Swanley circuit in Kent as a “small setback”, adding that he would “be back soon”.

With no racing for Mewse, he left the fourth round of the 2022 Revo ACU British Motocross Championship fuelled by Gulf Race Fuels without any points. Instead, Hitachi KTM fuelled by Milwaukee’s Isak Gifting took full advantage with two dominant rides for maximum points, which has rocketed the Swede from fourth to head the MX2 standings by one point with four rounds to go (Blaxhall, FatCat, Whitby and Landrake).

Mewse started the day sandwiched between Dylan Walsh and Gifting in the qualifying session, leaving spectators eager to see the battle unfold at the tip of the MX2 class, but it wasn’t to be.

The MXGB series won’t return for another month, with round five at Blaxhall scheduled for June 19.

But the Stebbings KTM UK rider faces the possibility of missing this weekend’s Grand Prix of Spain as the FIM Motocross World Championship returns to action after its one-week break. With his mechanical problems at recent GPs and now this injury, Mewse is suffering a run of bad luck; not ideal in this crucial final term in the class.

Hopefully, Conrad will soon be fully fit and can return to show more of his blistering pace and keep the British championship on the boil.