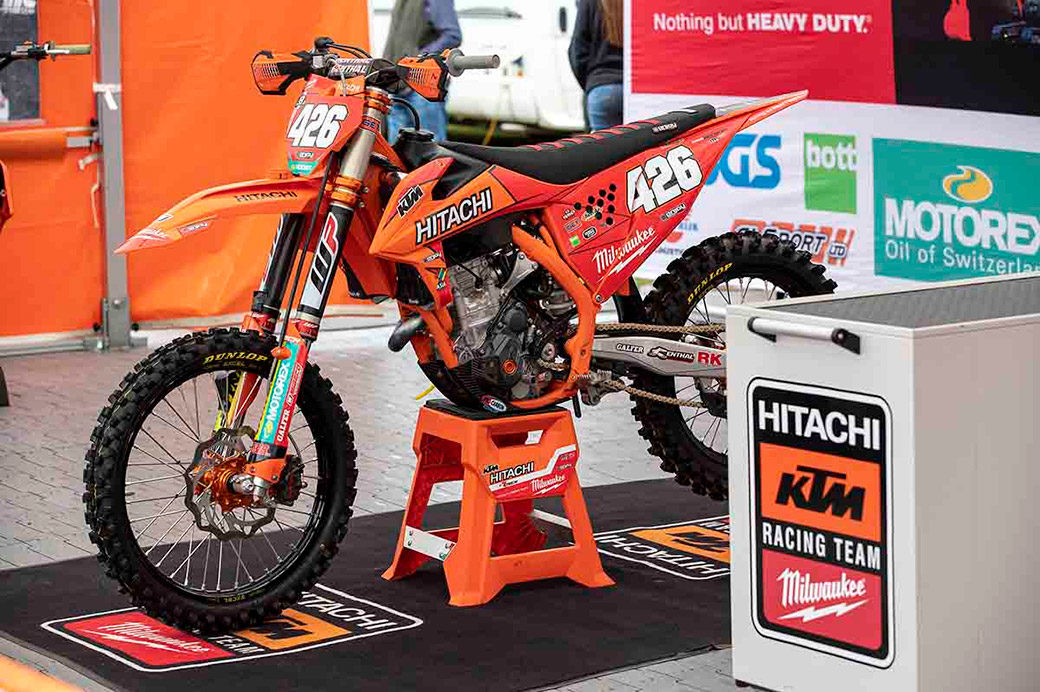 Hitachi KTM fuelled by Milwaukee’s Conrad Mewse was feeling more like his normal self at the Foxhill round of the Revo ACU British Motocross Championship, and that showed as he put in the fastest lap in qualifying and then raced to a win in the opening moto. But a troublesome rock inflicted a disaster in moto two for the MX2 leader.

“After regrouping following the MXGP of Russia, both Conrad and Adam showed their true speed in qualifying with P1 and P2 respectively,” said team boss Roger Magee in a press release. “In both MX1 motos, Adam suffered from mediocre starts and those resulted in him just making P5 and P6 at the chequered flags.

“Conrad dominated MX2 moto one from the early laps and kept good rhythm throughout the race to end up with a very comfortable win. 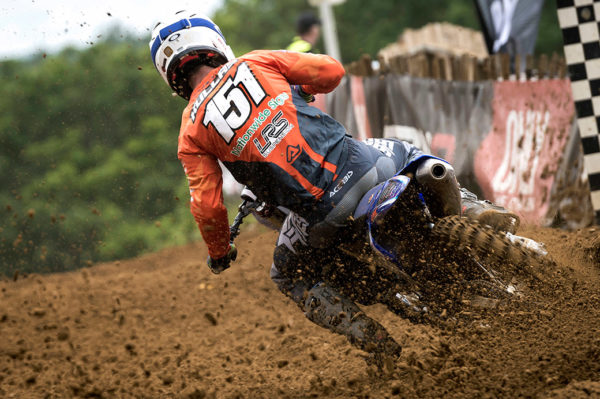 “MX2 moto two was a disaster for many riders, with what seemed to be an errant rock in a rut which resulted in at least 10 riders suffering the same fate with derailed chains.

“Conrad showed his newfound grit and determination this year where he patiently worked at his bike until he managed to refit the chain. From then he showed his true speed and sliced through the field from dead last to a very commendable P7 at the chequered flag. That resulted in a podium finish, and he still retains the red plate.”

Conrad Mewse: “It was good to feel more like myself today. The first moto was good and the second one was going to be similar, but a rock popped my chain off. I was lucky to get it back on and still salvaged some points. We are fully focused on Matterley Basin [MXGP] now!”

Mewse has a commanding 37 point lead in MX2 after his third-overall result at Foxhill.

Adam Sterry: “Not the day I wanted. Two bad starts and a couple of mistakes meant I was coming from behind on a one-lined track. We will keep working to be where we need to be on the starts.”

Sterry sits in fourth place on 129 points in the MX1 standings after racing to 6-5 motos for sixth overall. 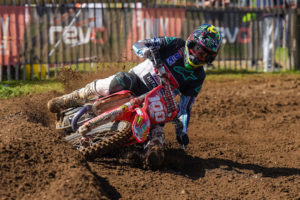 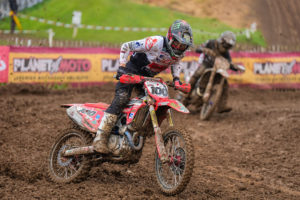 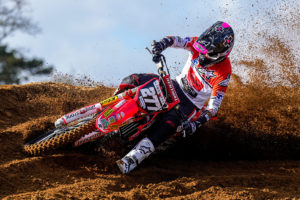 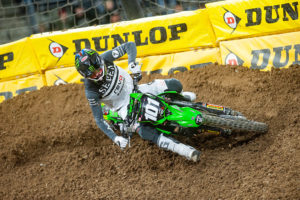 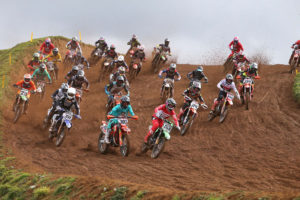 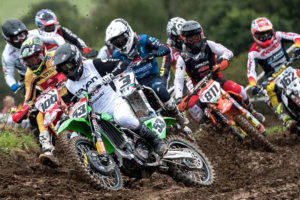 Landrake to host the final round of the 2022 MXGB championship