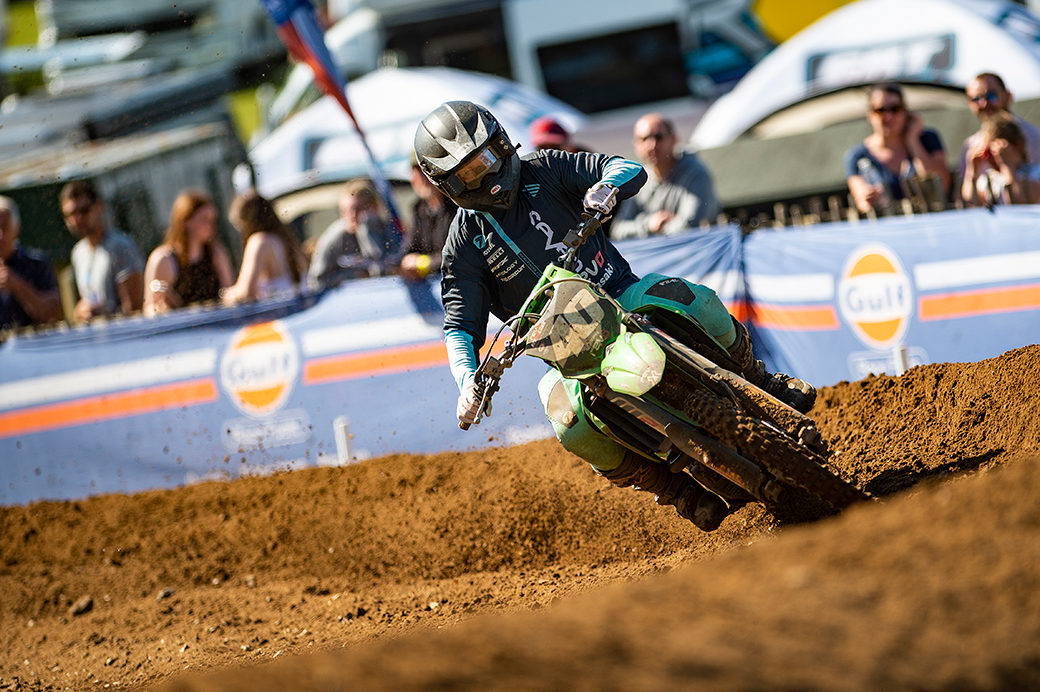 Two days ago, Jamie Wainwright wrote on social media that he could not ride at the FatCat stop of the British Motocross Championship “due to team circumstances out of my control” and that he hoped to be back for the last two rounds.

Revo Seven Kawasaki has now announced that their MX2 rider Wainwright has left the squad by mutual agreement, effective immediately.

The Revo Seven Kawasaki team statement said: “Joining at the start of the 2022 season, we have had Jamie Wainwright represent our team in the 250 class on board the Kawasaki KX250 alongside Dylan Walsh. Unfortunately, many things haven’t gone to plan for either party and after a meeting early this week, both parties agreed to mutually parts ways allowing each party to move forward.

“This comes with immediate effect, meaning he will not be under the Revo awning for the two remaining rounds of the Revo ACU British Motocross Championship.

“We would like to thank Jamie for his hard work and wish him the best of luck for the future.”

In that statement, Wainwright said: “I would like to say a massive thank you to the team and all the sponsors for the opportunity of riding for Revo Kawasaki. I wish all the best to Dylan and the team for the remaining of the season.”

There have been mixed results for Wainwright, but there’s no doubt he has enjoyed some excellent rides this term. Canada Heights was his standout performance, collecting fourth overall.

Missing the FatCat event meant he dropped out of the top 10 in the MX2 series standings.