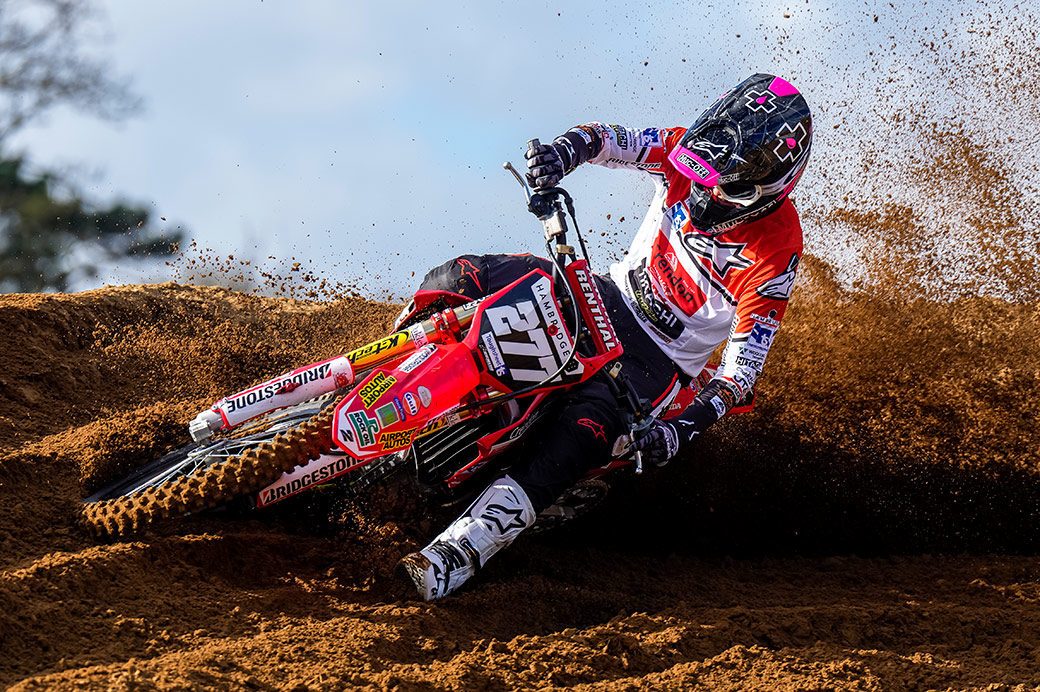 Hague broke two ribs and bruised his spleen in the spill during the session at a private circuit where he was riding with his MX1 team-mate, Jake Nicholls.

“It was just a small crash in a corner, but the footpeg hooked into my ribs,” explains Hague.

It’s a big disappointment for the 22-year-old who took a podium finish in the second round of the MX Nationals championship at Landrake circuit in Cornwall on Sunday after battling for the win in the exciting final moto.

Team manager Dave Thorpe said: “It’s so unfortunate as Jay was really finding his form. He was testing on a track to get ready for Lyng and it was just one of those small accidents that has bigger consequences. Anyone who has ever broken ribs knows it can be a difficult one to come back from so we are not sure when he will be back racing again. We’ll see how his recovery goes and make plans then.”

The Crendon Fastrack Honda team of Tommy Searle and Jake Nicholls will both contest Sunday’s MXGB round at Lyng in Norfolk. Searle is currently the series leader having won three of the four motos so far this year.