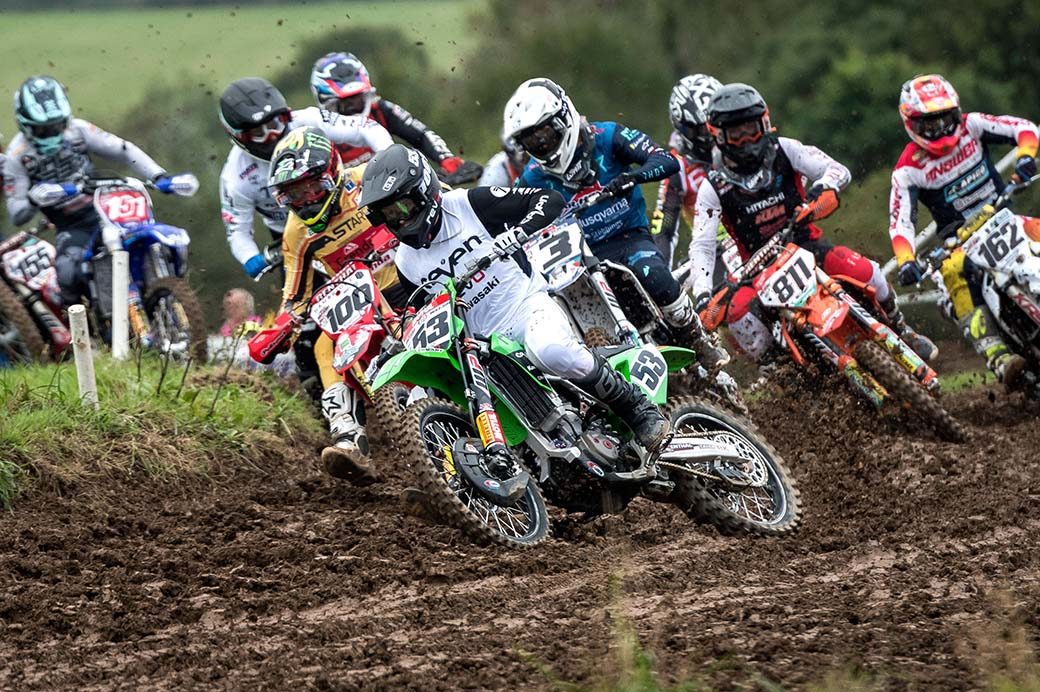 REVO Seven Kawasaki’s Dylan Walsh holeshot both MX1 races and continued his recovery from injury with a rock-solid showing at Sunday’s sixth and final round of the 2021 REVO ACU British Motocross Championship fuelled by Gulf Race Fuels at Landrake in Cornwall.

With his title hopes ended by an injury sustained at Foxhill in June, Sunday was all about signing off the season on a positive note and he didn’t disappoint with a pair of strong rides carrying him to fifth overall with 6-4 finishes. 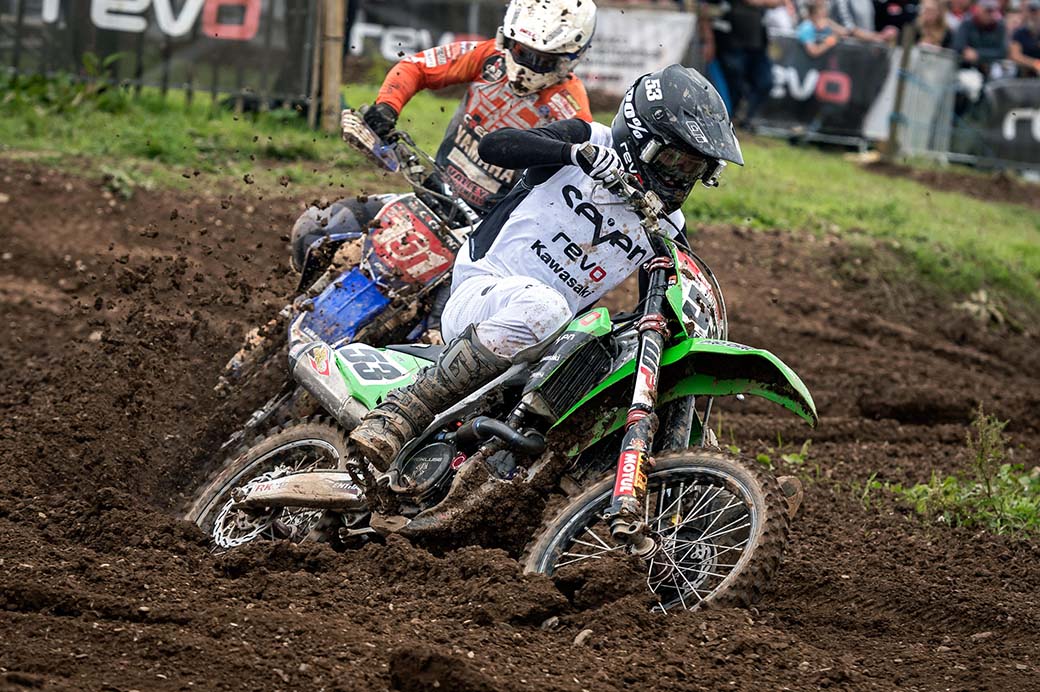 A small slip-off in race two cost him the chance of a podium finish but the 23-year-old from New Zealand never gave up and was closing down newly-crowned champion Tommy Searle for third when the chequered flag came out.
The team now has a few months to regroup before an exciting – and early – start to the 2022 season that will see it continue to break new ground.

Team Principal Mark Yates: “I’m really pleased for Dylan. Since his injury he’s not really done a lot of riding so his bike fitness isn’t 100 per cent but his foot’s good. It’s just a case of getting some races under our belt and yesterday he qualified fifth which is perfectly acceptable – he was only just over a second away from second place. 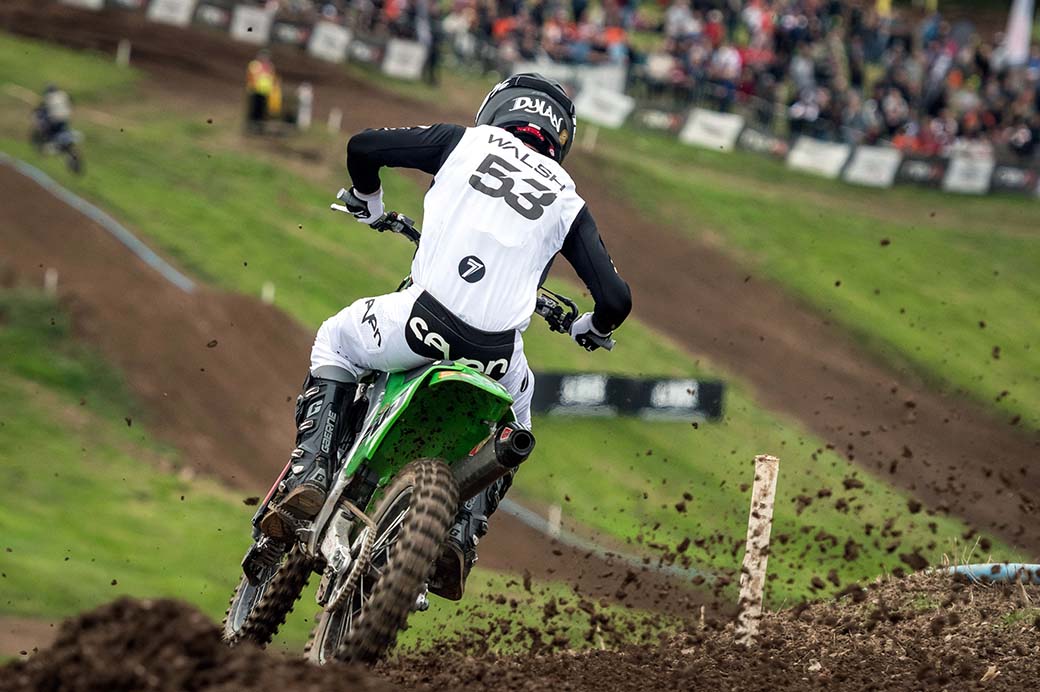 “At the start of the day he told me he was determined to get two holeshots and he did just that.

“In the last couple of weeks he’s been playing with the positioning of his bars and levers because he thinks it might have contributed towards arm-pump and he found it a lot better at Landrake. We also made a few little changes to the gearing.

“He struggled a little bit in the first race with his fitness and faded towards the end. In the second race we made a couple of little changes to the suspension and it was much, much better. He had a great battle with Shaun Simpson – they were banging bars for a few laps – and started to reel in Tommy Searle towards the end so he was really pleased. He looked much more like his normal self and it was good to get the last race of the season out of the way. 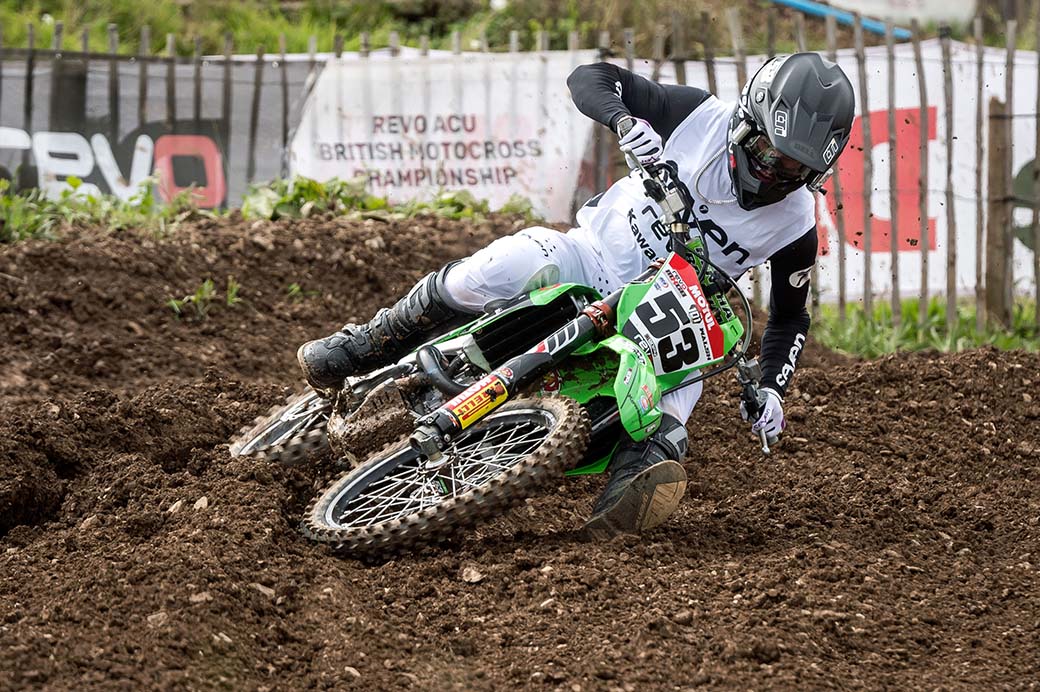 “It’s been a strange season but the team has performed well. It doesn’t feel like we’ve done an awful lot of racing and I’m glad to put it behind us and shift the focus to 2022. Our plans were to get back-to-back MX2 and MX1 titles and we were looking good until Dylan got hurt which was a huge blow but we’re now looking ahead to next year.”

Dylan Walsh: “I love a good start! My plan was to get two holeshots and I was able to execute it. My foot’s not 100 per cent but what can you do? It’s getting better and I feel like I’m getting back to how I should be.

“I’m not properly bike-fit but I was happy to ride like myself – I haven’t been while I’ve been coming back from this injury – so Landrake was very positive for me. It’s taken too long to get here but I’m enjoying it. We’re making progress.

“I thought I was going to get Tommy [Searle] on the last lap of race two but I ran out of time. Once I got up from my crash I lost the tow on the front guys but I was able to get close – there just weren’t enough laps left.”