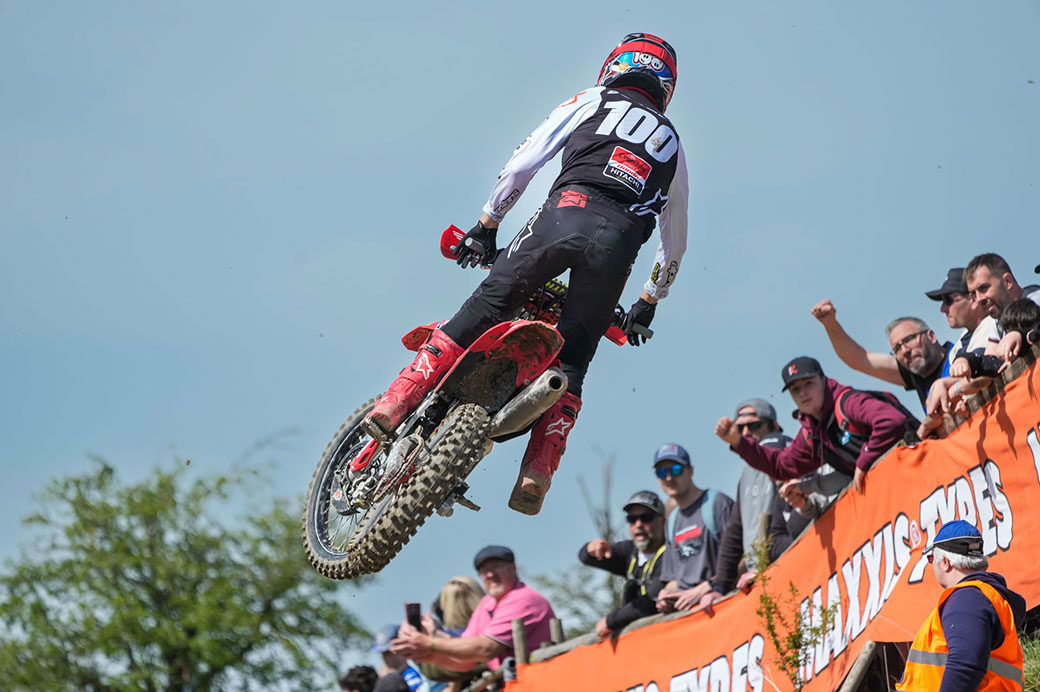 It was another fantastic performance from Crendon Fastrack Honda’s Tommy Searle on Sunday, taking a race win and a podium at Foxhill to extend his MXGB championship lead.

Following his double race victory at the Culham opening round, Searle had a third moto win of the series to take second overall on the fast and dusty valley track near Swindon, Wiltshire. Searle has now won three of the four motos this season, a fantastic start to the defence of his title.

The opening moto saw 32-year-old Searle get a 10th place start; then he worked hard to overtake the riders in front of him. Picking off one at a time, he worked through to third and was in striking distance of second when the flag came out.

In race two he was in no mood for anything but a win. Using the power of his Honda CRF450R, he had a great start and quickly got into the lead. 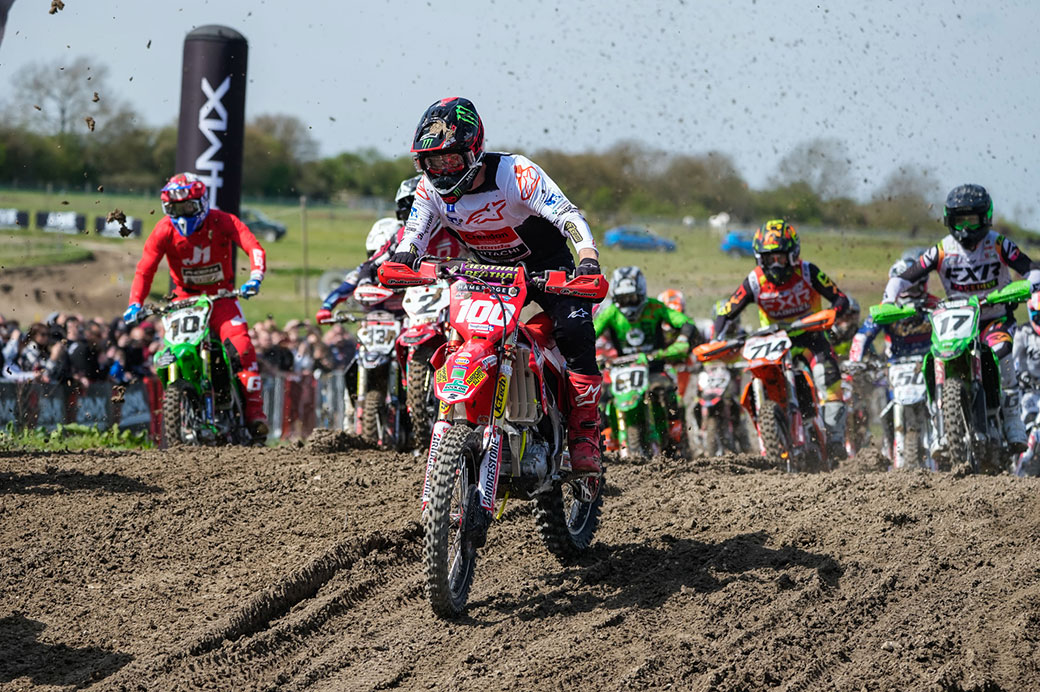 Searle was then followed all the way to the flag by his title rival from last year, Harri Kullas. But in a perfectly-timed charge at the end of the race, Searle broke away to take a safe and calculated victory.

Searle declared it as another good day for himself and the Crendon Fastrack Honda team. “In the first race, I had a bad start and came through from 10th on a track that’s difficult to pass on. So I was happy with my riding coming through the pack.

“In race two I had a much better start, then passed Ashton Dickinson for the lead on the first lap.

“With how hard the track was, I knew not to do anything silly – just get my head down.

“The track was tricky and could catch you out but with three laps to go I had some left in the tank. Harri was pushing but I made sure of the win.” 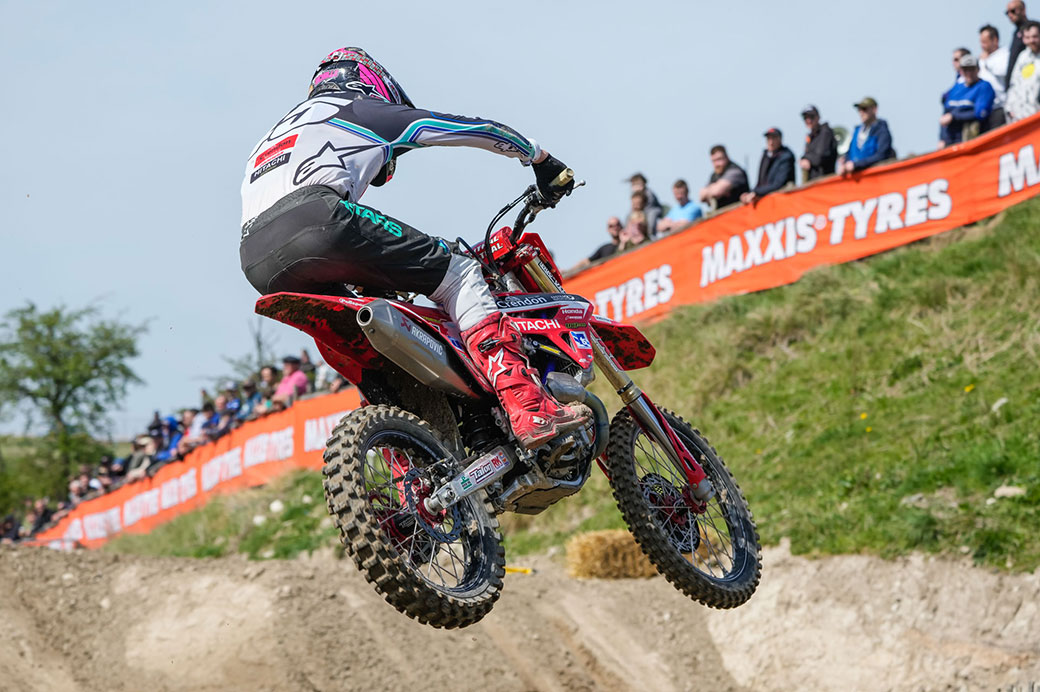 It wasn’t such a fantastic day for Jake Nicholls, who crashed in the first moto and hit his head on the hard-pack track. He pitted to get the bike straightened up then ventured back out and made progress through the field, salvaging four points for 17th place.

Then in race two he got a great start and arrived at the first corner level with his team-mate Searle at the head of the pack. But Nicholls ran wide and then got boxed in by traffic.

He then rode a wise race, picking off riders one at a time to take seventh place.

“I had an up and down day – that seems to be the story of my British championship this year,” Nicholls opined.

“In the first race I was seventh then crashed on the second lap and rung my bell. The bike was twisted, so I pitted to get it straightened up and went back out to get some track time. And I got a few points.

“In the second race I got a great start but went way too wide. It’s a hairpin bend here and I dropped right back to mid-pack. It’s hard to pass here and you have to take your time but I rode well. Seventh was a bit frustrating as I’m riding well.” 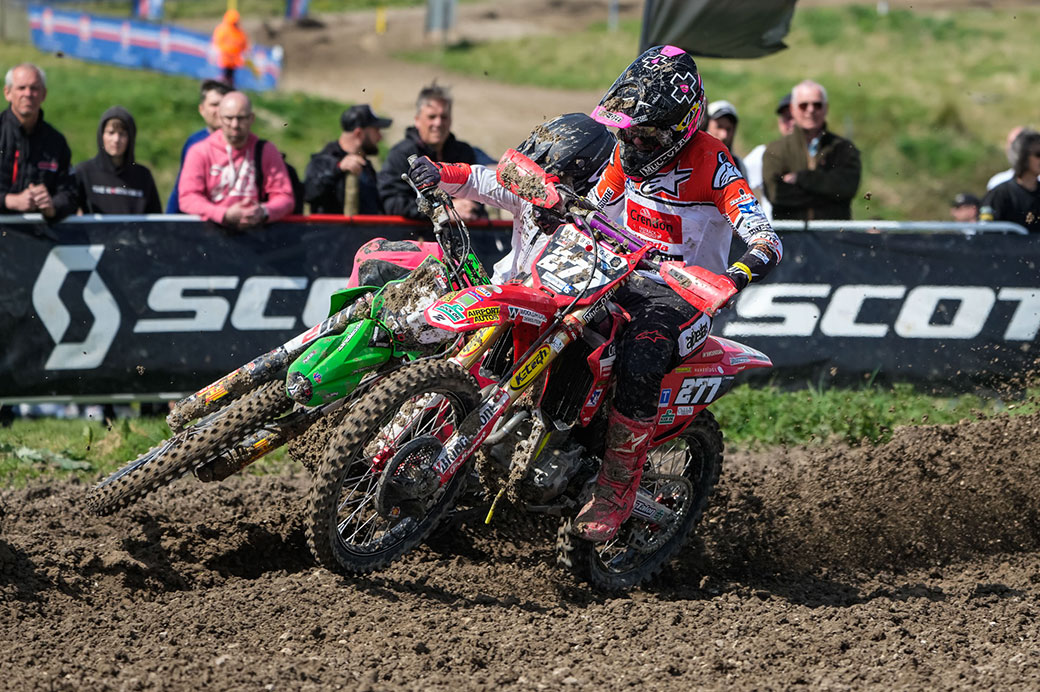 In the closely-fought MX2 class, Crendon Fastrack Honda’s Jay Hague spent time battling with the front-runners and was rewarded with sixth overall on the all-new 2022 Honda CRF250R. After a disappointing qualifying put him in 10th which didn’t offer an optimum gate pick, the North Easterner didn’t get a great start in the MX2 opener, then had a troubled opening two laps. But he fought back to take eighth at the flag.

The second moto was much better as he gated fifth then took fourth and held onto that place for most of the race, battling with many of the GP regulars in the class.

Hague had been struggling with his health in the run-up to the event and that, along with the heat and demanding track, took its toll towards the tail end of the moto as he dropped to fifth.

“I actually struggled in qualifying which didn’t give me a great gate pick. That showed in the first race when I didn’t get a great start and my first couple of laps were terrible! I dropped back to 16th. But once I got into my rhythm I worked up to eighth.

“The final race was better as I was fifth off start and in fourth a lot of the race. With two laps to go a backmarker messed me up which knocked my rhythm. But fifth is a decent result.” 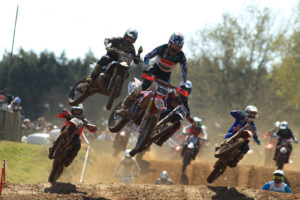 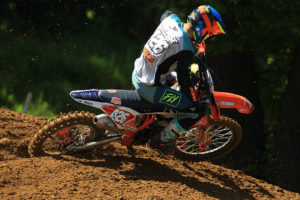 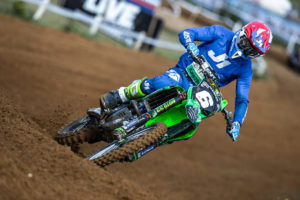 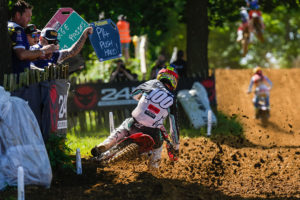 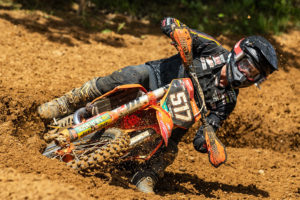 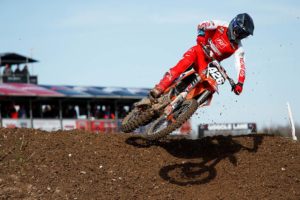