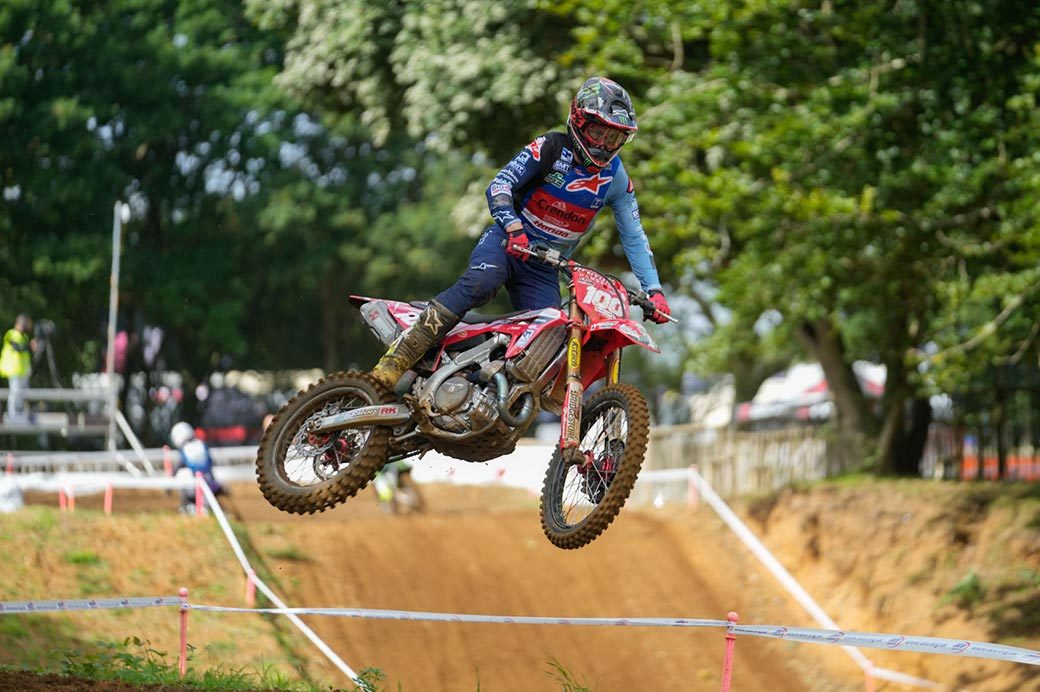 Despite not having the best start in the opening moto, he showed real determination and pulled through to a hard-fought third place. But in race two, a deluge hit the track during the moto which made the conditions treacherous and very slippery. Searle struggled for vision and decided to not risk the championship for the sake of one moto and brought the Honda CRF450R home in a safe sixth place. He ended up just three points off second overall as the chase for the title hots up. He is now tied for the lead in the series.

With two more rounds to go at Duns in Scotland and Landrake in Cornwall – both tracks that suit Searle’s smooth and technical style – he is confident of strong results to maintain his challenge for the title.

Searle said: “Not the best day for me as I didn’t feel great all day. In race one off the start, I got pinched by other riders but I worked my way through and was happy to be battling for third place. In race two I got a better start. I was third and normally I could capitalise on that and move forward but I didn’t have the pace.

“As it was dry before the start I chose goggles with tear-offs which proved to be the wrong choice when it rained. I had to pull them all off and it was hard to see, and I didn’t want to take a big risk and throw it down the track.”

It was a disappointing event for his MX1 team-mate Jake Nicholls, who lives near the circuit and was hoping for a top result in his first British championship event of the year. He sat out at the start of the season due to an injury so is not yet back to top form. 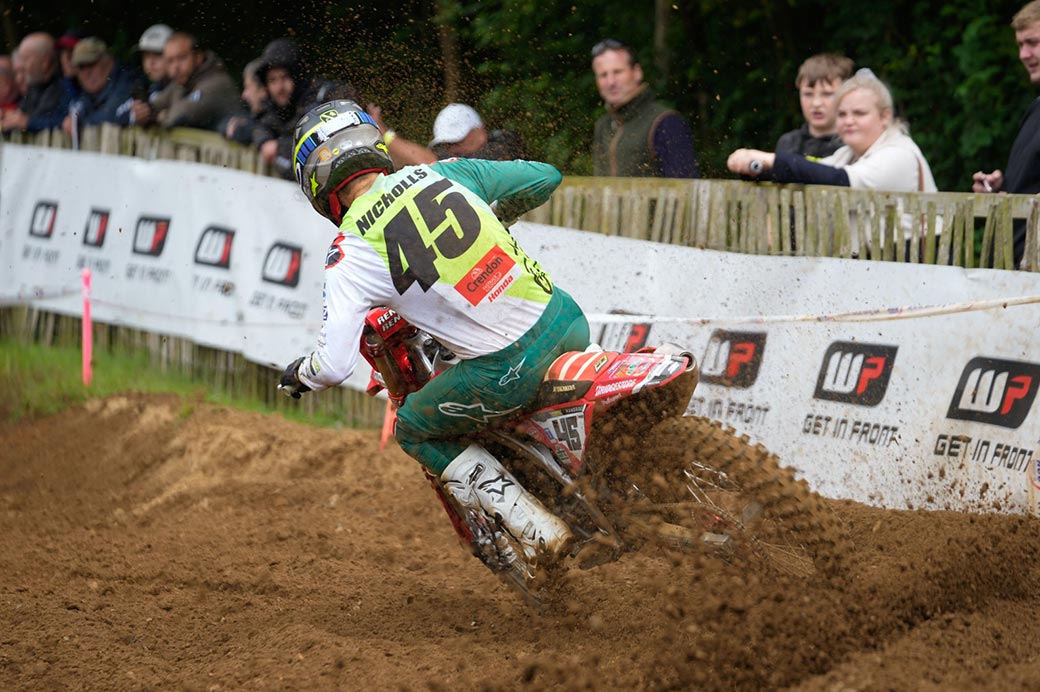 The first moto saw Nicholls with Searle around the new-look first corner at the track, then he battled hard in the leading pack to take a well-deserved eighth place. In race two Nicholls was again well inside the top ten on the second lap, until he was wiped out by another rider who made a mistake and went down hard. He remounted last and put on an incredible ride through the pack to 11th and looked like he was about to break back into the top ten in the tricky conditions. But as the rain poured hard, he fell again and dropped right back to 18th.

It was also a difficult day for the team’s rookie MX2 rider Jay Hague who started the day well with fourth place on qualifying on his Honda CRF250R. The first moto saw him tenth off the start but he quickly made some decisive passes and tagged onto a breakaway group of six riders at the front of field. He had made a decisive overtake and moved up to fifth when the race was red-flagged so medics could attend to an injured rider. But as the results were taken from the previous lap, he was credited with sixth. 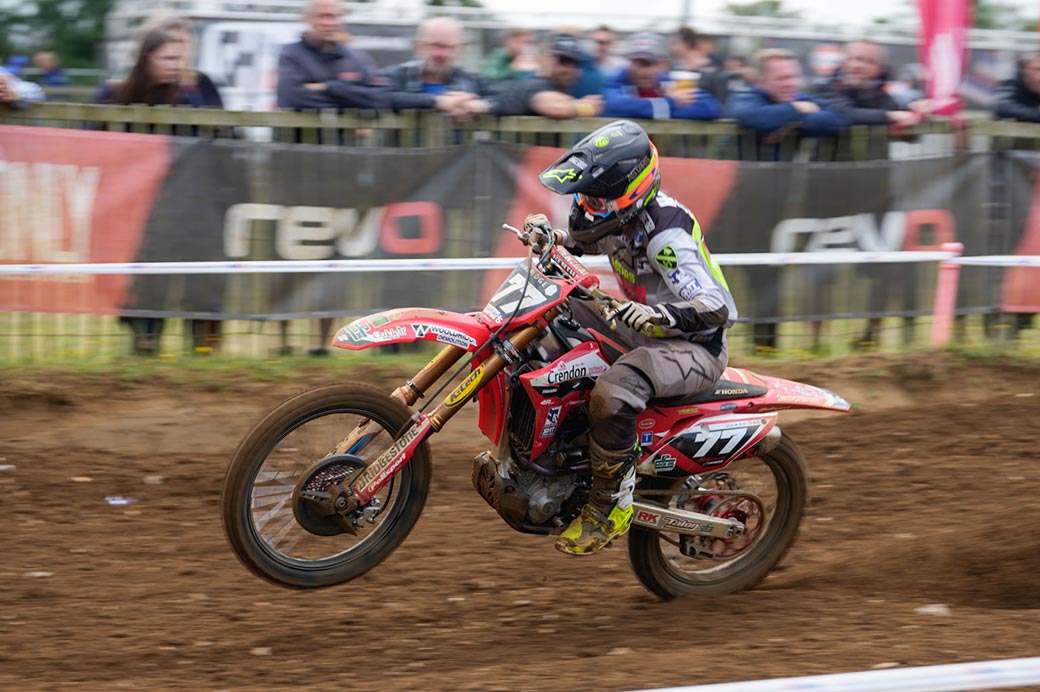 Race two began with a great start but Hague was brought down hard on the opening lap, injuring his leg and stomach. He bravely remounted and tried his best to catch back up but the pain was too great and he had to retire.

Hague said: “I tried my best to continue but I felt like I’d been hit by a bus! My leg is very sore and my stomach which took the biggest hit. I’m in a lot of pain.” 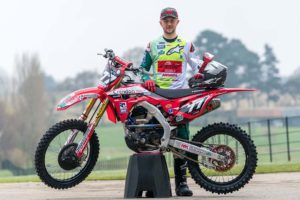 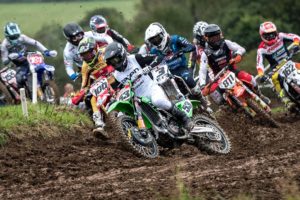 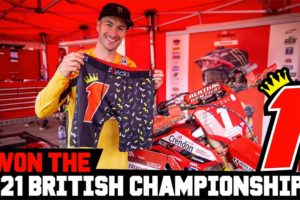 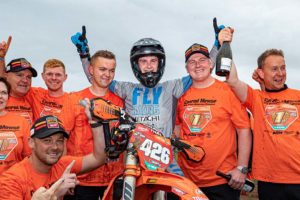 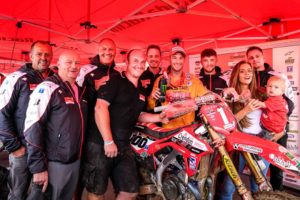