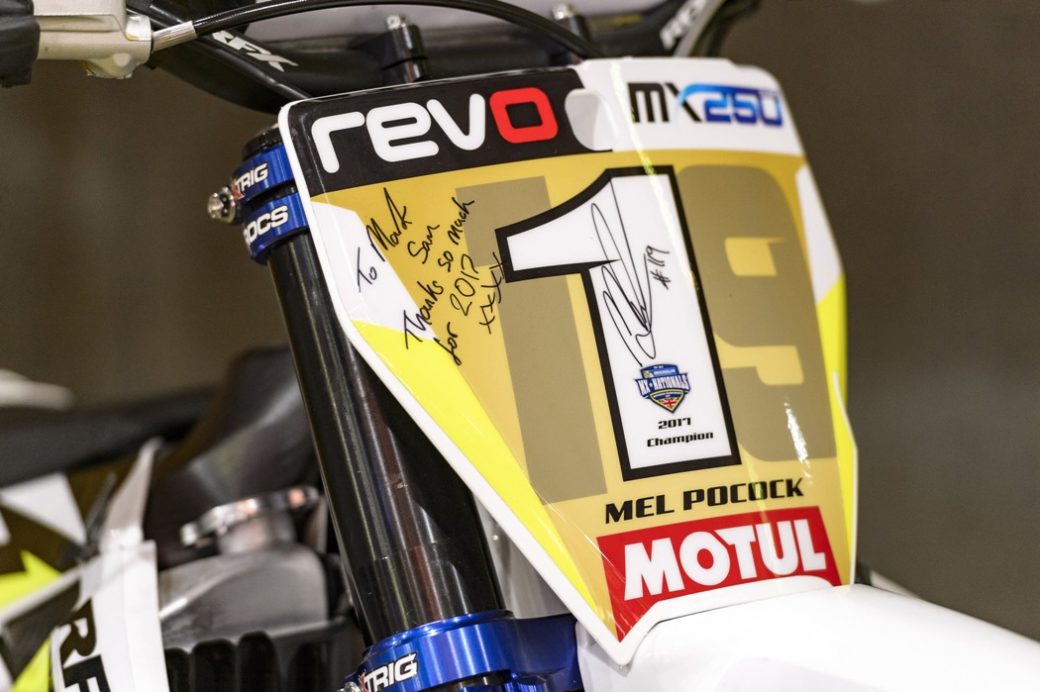 After co-operation between the teams, a number of the sport’s biggest names were released early from their contracts – which traditionally run until the end of October – so they could show off their new colours on the Saturday at Stoneleigh Park.

The most sweeping changes are to the ASA Hitachi KTM UK and Buildbase Honda teams – two of the largest presences in the paddock – who have both shed all their riders.

Buildbase Honda has replaced Irwin with Nicholls in MX1 and, with Martin Barr switching to REVO Husqvarna UK next year, Dave Thorpe has signed Natzke to head up his team’s MX2 effort.

“I’m very excited,” said Thorpe. “We’ve won the Maxxis this year and we want to continue to win it and Jake is one of the few people out there who is capable so we were really pleased to be able to sign him.

“With Josiah, to be honest, I was really surprised that he became available.

As soon as I started to talk to him it was a no-brainer. He’s 18 years old, he’s only going to get faster and we’re really looking forward to working with him.”

“I’m really looking forward to 2018,” said Yates. “We’re stepping up our game again next year – we’ll have a much bigger presence in the paddock with a lot more investment in the team.

“It’s very exciting to be doing the full European series and having a good go at it with three riders – I’m confident we can do well. There are no team orders – both Martin and Mel are capable of winning the British championship for us.”