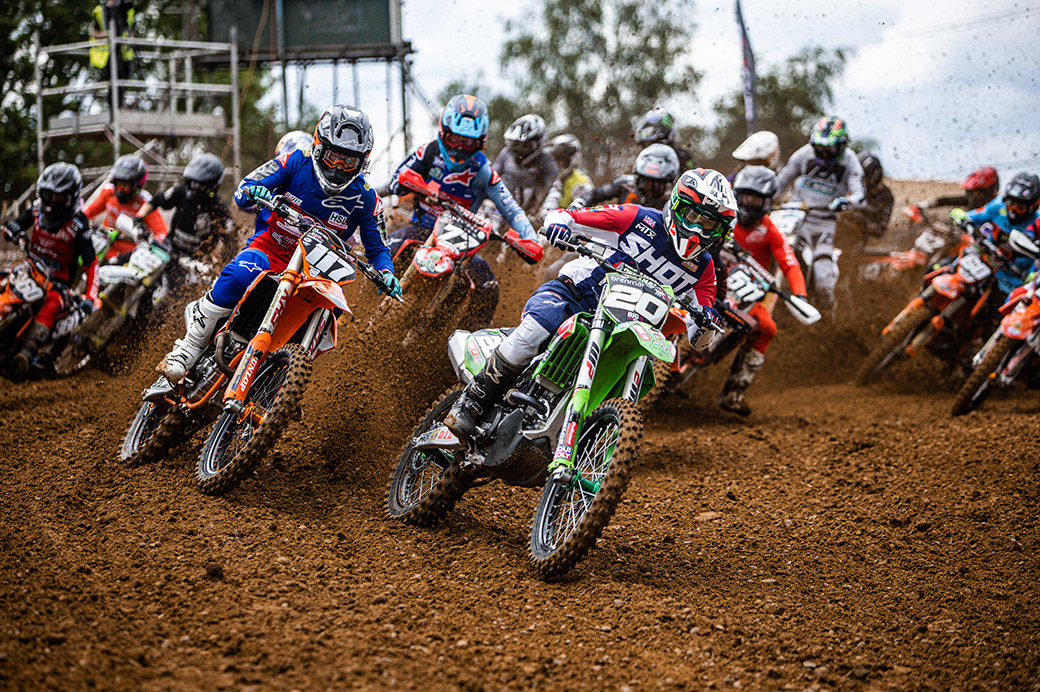 With both Bike It MTX Kawasaki riders in the Canada Heights paddock after Wilson Todd returned from arm pump surgery, hopes were high for a day of unmissable racing.

This was almost the case with a strong three-four qualifying posted from Todd and Hammal respectively, but a last-lap mistake from Hammal would see him sustain a bad finger injury and unfortunately retire from round three of the British championship.

The team had to shake off their concerns for Hammal and be laser-focused on Todd’s race day. The young Australian did his best to let everyone know he meant business by grabbing race one’s holeshot on his Kawasaki KX250. He then displayed great pace and technique lap after lap, but a few mistakes towards the end of the moto eventually cost him the victory as he took the chequers in second. 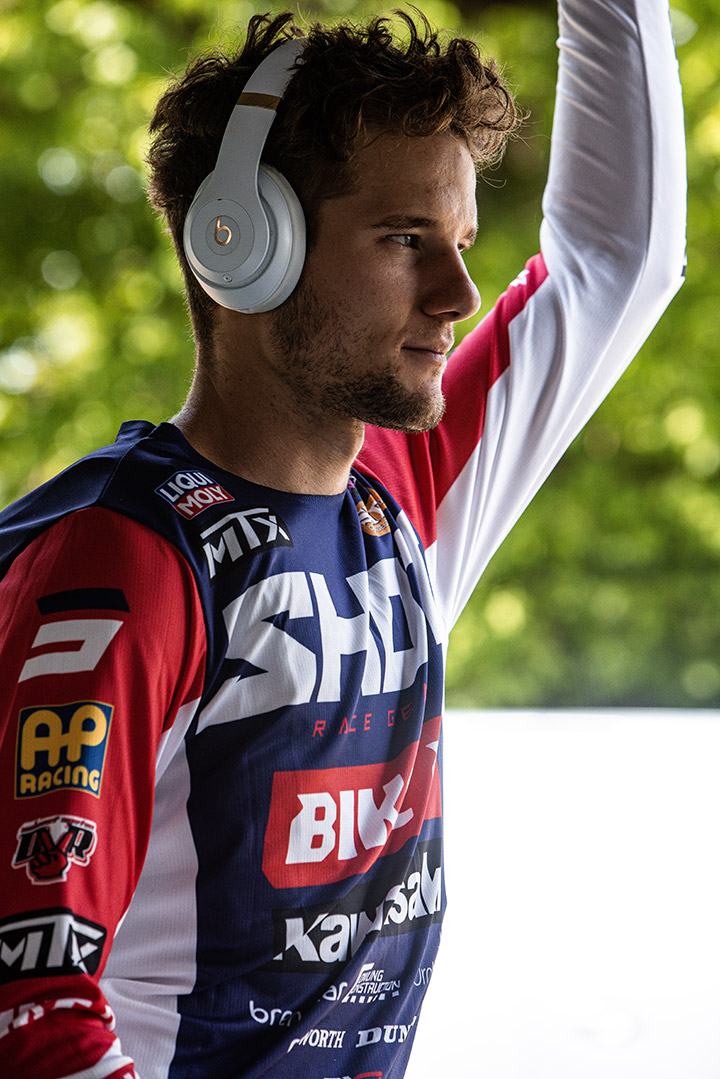 A slower start in race two meant putting in some speedy laps on the difficult-to-pass track. Todd eventually fought his way from the bottom of the top 10 into second, but would eventually finish in third. Combined with the second from the first race, Todd was able to secure second overall.

“Unfortunately I had to miss this event, but the guys in the team know what they’re doing,” said team manager Steve Dixon.

“It was a late decision [saturday] for Wilson to ride, after confirming it was safe to do so on Friday from the doctor. We went in looking for bike time ahead of Russia, so to come away with these results was amazing.

“We saw a holeshot for the Kawasaki KX250 and some impressive riding from Wilson, so with some work on bike fitness, he’ll be a real force to be reckoned with now he doesn’t suffer from arm pump. The surgery clearly worked well, I’m glad Wilson trusted my choice of surgeon, Professor David Warwick, who was able to get him in at short notice and do a perfect job. 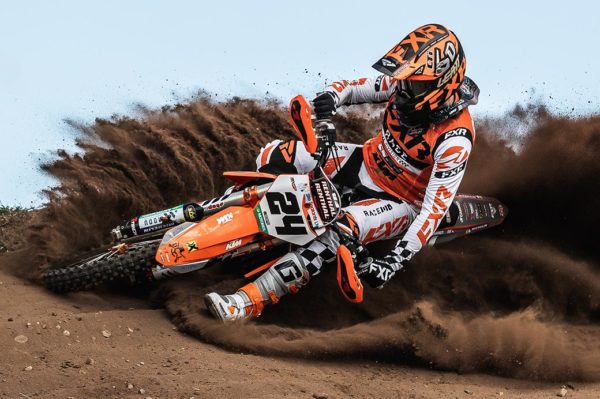 “It seems like when one thing goes well another goes bad, and in that case, we saw Taylor make a mistake in the last lap of Qualifying and he badly injured his finger, leaving him unable to race.

“Once again Prof. Warwick came to the rescue and performed surgery on Taylor this morning to set him on the right path. He will now have a two-three week recovery period, ahead of his home GP at Matterley Basin. We will make a last-minute decision just before Foxhill, but at this stage probably not.”

Wilson Todd: “I went in not really expecting a result after being off the bike for a while following my arm pump surgery – it was more about bike time ahead of the MXGPs, so I surprised myself a little being out front most of moto one.

“Unfortunately, I threw it away with a few mistakes towards the end of the race. 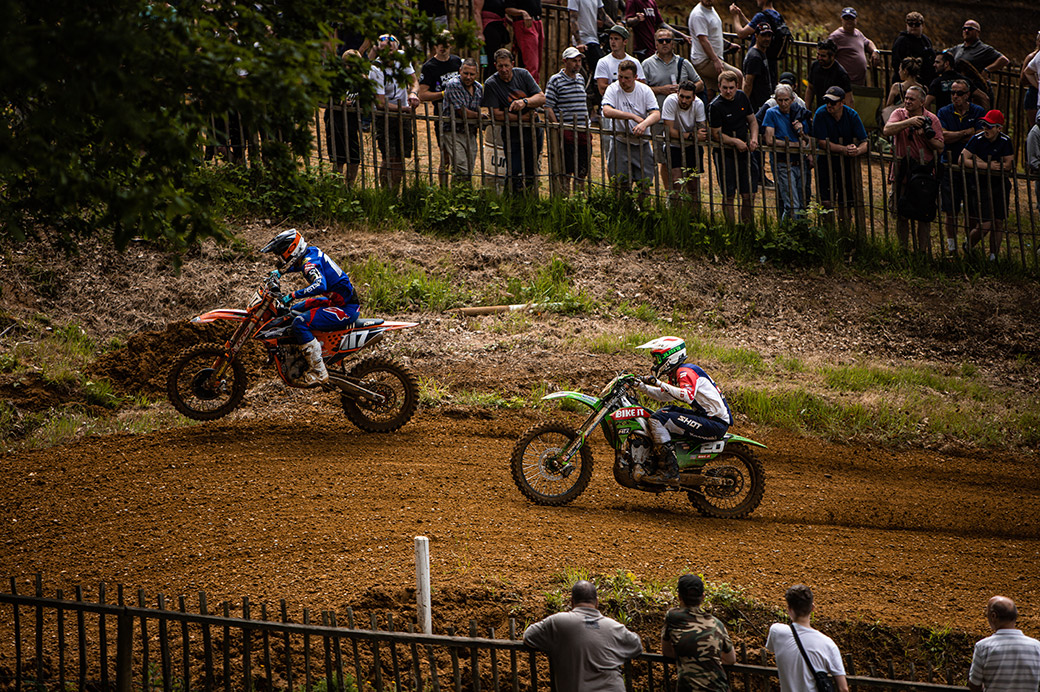 “Moto two started out further back and I had to work hard to pass the riders, but eventually finishing in third. With a lack of bike fitness, I’m happy.”

Taylor Hammal: “A day to forget really. I’ve been looking forward to Canada Heights for a few weeks as it’s my favourite of the year. I felt really confident coming in, so to not even make the start line, I was gutted. It should’ve been a good day to claw back some points but that’s racing sometimes.

“Luckily I’ve seen the doctor this morning and they’ve sorted it out, so just waiting on it to heal. It was worse than initially thought but the recovery time isn’t that long – so should be back quite soon. Apologies to all the team and sponsors.”

The next round of the Revo ACU British Motocross Championship fuelled by Gulf Race Fuels will be on Saturday, June 19 at Foxhill.