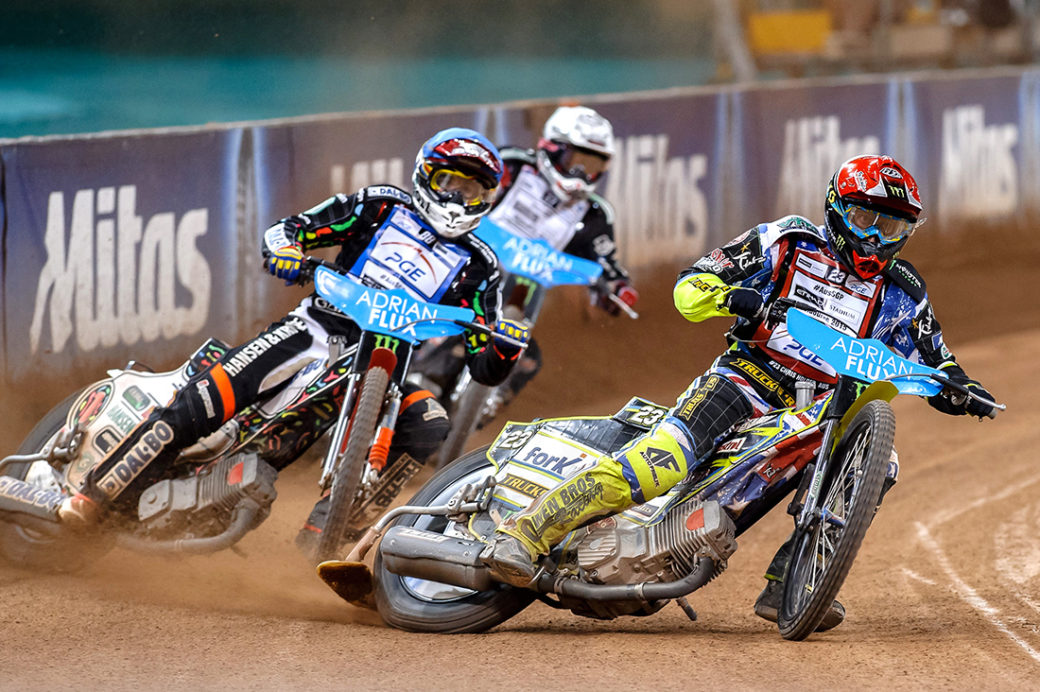 The Adrian Flux British FIM Speedway Grand Prix will once again roll into Cardiff’s Principality Stadium on July 9 where current British world champion Tai Woffinden will be looking for a real home advantage as he hunts down his third world title.

From dedicated speedway followers to families seeking some high octane entertainment, the exhilarating non-stop action of the SGP circus never fails to thrill and ensures spectators return year after year – 500cc bikes with no brakes means nothing is predictable with the winner only being decided in the last second of the suspense-fuelled evening.

Tai will return this year in a bid to become only the second British rider to win in front of home fans after Chris Harris’ victory at the stadium in 2007.

Who is the current Speedway World Champion?

If you know it then write it down on a scrap of paper along with your name, address and phone number then stick it in an envelope and send it to us at – SGP Comp, TMX Towers, 41 Northgate, White Lund Industrial Estate, Morecambe, Lancashire LA3 3PA before the official closing date of July 1.

There will be more chances to win on Facebook and Twitter but if you’re not feeling lucky you can always book your Adrian Flux British SGP tickets online at bit.ly/speedway-2016 or by calling 0844 858 8879.

The ticket price is subject to a transaction fee of £1.95 per order.

Tickets will also be available on the day from the WRU Box office on Westgate Street, Cardiff, or through Ticketline.