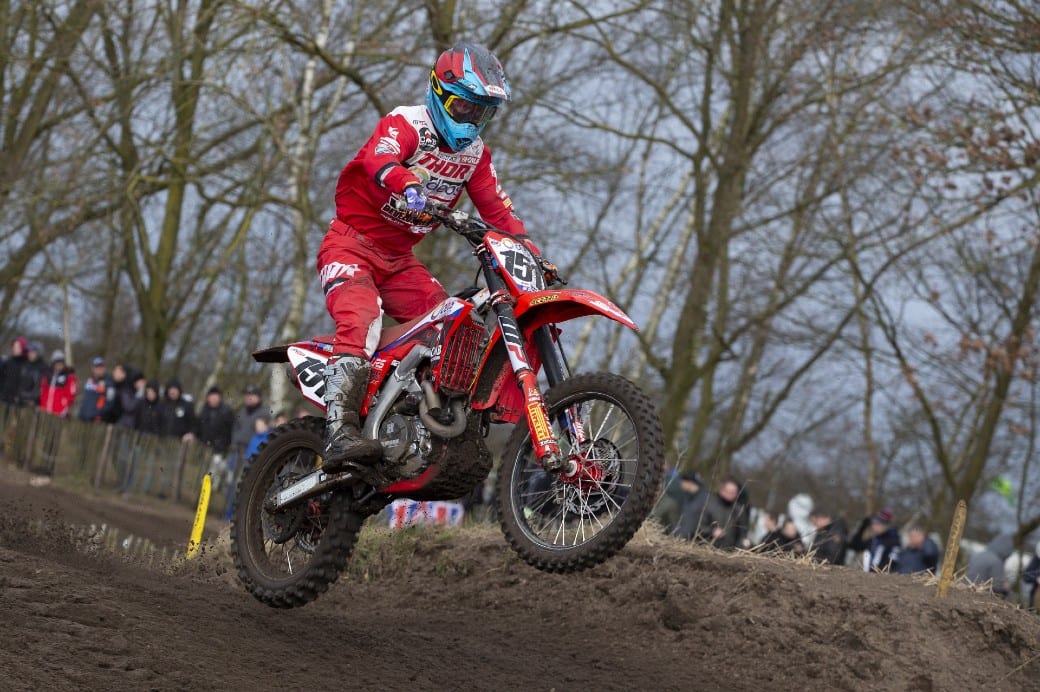 I should be sat here buzzing about our sport and telling you how the first rounds went down for us at the MX Nationals and British championships but, alas, there’s nothing really to report.

We did actually get our season under way with Joe Brookes on the Saturday in the youth classes at Little Silver but as everyone will know Sunday didn’t happen.

I really hope some lessons have been learned here. I have always been a supporter of having combined youth and pro races and I still think that has some mileage but you have to question whether that should happen at the first round and perhaps the choice of first-round venue was not the right one – but that’s hindsight for you.

There are a few venues with hard-standing pit areas which would probably be more suitable for March. Why not even use Desertmartin for round one as it’s a sand track with excellent facilities and perhaps hotels and crossings would even be cheaper in March? Matterley or FatCat would be other venues that probably should be considered.

I know that the purists will hate it but our clean-up from the MXoN at Assen last year was minimal, despite four days of solid rain. Having a hard-standing pit area was a blessing.

I’ve spent two days so far cleaning everything from Little Silver and there’s still more to do – just for two Saturday races. Perhaps bringing the youth classes in around June may be a more sensible solution.

Without alienating some good friends, maybe the Auto and 65cc classes should have a separate championship on more suitable tracks.

You only have to see how many Auto and 65cc riders there are at club level in this country and they could easily have their own championship on suitable tracks with plenty of entries and qualifying – and those boys and girls wouldn’t be scarred for life from last weekend.

Obviously, after Little Silver the coronavirus has really taken hold and we have a situation where there will be no racing for the foreseeable future.

That is undeniably the right decision for now while the country tries to combat this terrible virus. If we want to get back to a normal way of life we need to listen to those in charge and make sure we keep the social contact to an absolute minimum – and that includes practice tracks.

Motocross is a dirty word in some areas and if we continue to have practice events we look like an irresponsible sport.

Continuing to open is just adding weight to anybody that is looking to get a practice facility shut down. I can also see the other side of the argument – practice tracks have had a terrible winter and ironically we have some good weather now – but we must work as a unit to protect the future.

Part of my column is to give you guys an insight into our day-to-day work involving the team. I will be focusing on making sure both businesses try and survive the next few months, keeping in mind government guidelines. Oh and finish washing everything from Little Silver!

Harri and Dan will concentrate on physical training and maintaining stamina levels which will be like December for both with no riding but still focusing on a new season, which we hopefully will get at some stage.

Now that Joe is not at school he can also do some physical training at home, hopefully keeping his mind occupied.

Jon and Gary will have to find something to do to the bikes, not sure what yet…

Simon will have one set of suspension to service and that won’t fill eight weeks – just as well he also has two businesses to run.

My brother Ian, who looks after the social media, will come up with some videos to keep people entertained on Facebook and Insta. He may do a couple of comps as well.

Let’s hope from a motocross point of view we can get a championship or two done later in the year.

From everyone at Cab Screens Deos Group Honda, we wish you all a safe few months ahead in tough times. 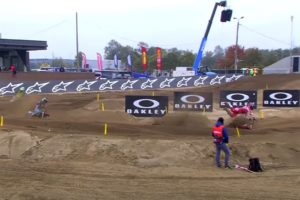 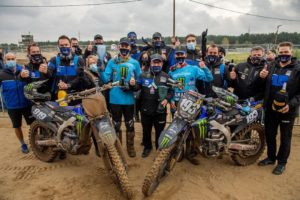 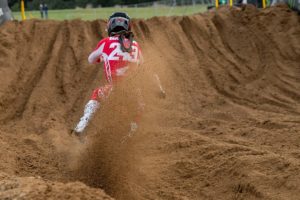