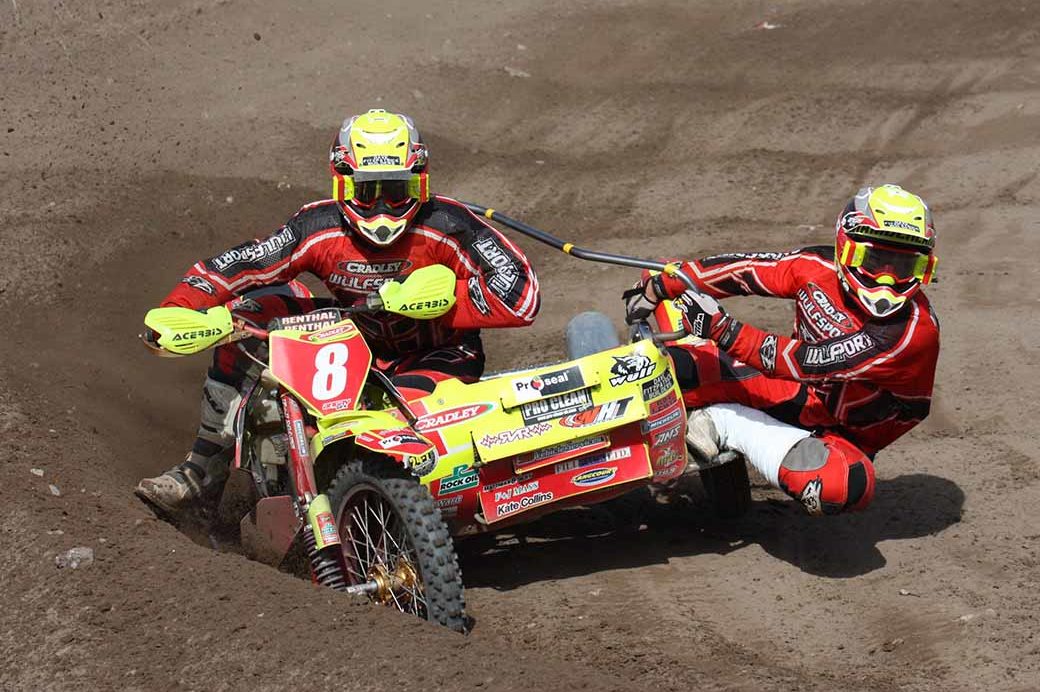 The fourth round of the 2019 Pro Clean British Sidecarcross Championship will be taking place on Sunday at Dean Moor in Cumbria hosted by Iveston & Satley MCC.

After just two rounds – the second round at Frome was cancelled – Stuart Brown/ Josh Chamberlain are unbeaten in the six races. In second place, 22 points adrift, are Jake Brown/ Joe Millard with George Kinge/Lewis Gray in third.

Having missed the opening round because of injury, defending champions Brett Wilkinson/ Ryan Humphrey will be hoping to improve on their results at Preston Docks where they finished fifth.

Hoping to return after getting injured in Germany in June is the vastly-experienced Paul Pelling and his passenger Chris Pannell.

In the Experts class Tony Grahame/Charlie Ide are top of the pile, 37 points ahead of James Whitt/ Scott Lloyd.

The racing starts at 10am. Admission for adults is £10 with kids and OAPs free. Camping is £10 per vehicle.