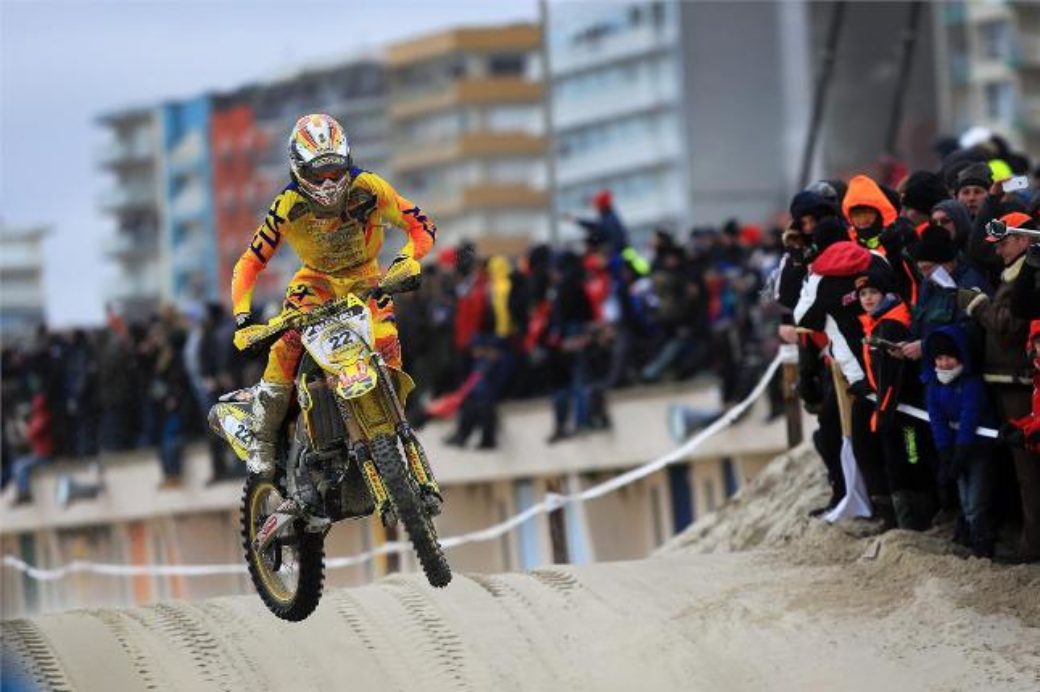 After finishing third in last year’s event – and his impressive results at the Berck-sur-Mer and Loon-Plage over the last two months – the 35-year-old Belgian, who was one of the favorites to win this year’s event, suffered some technical issues.


The former World Motocross Champion rounded the first corner in 11th position and gradually moved-up the ranks on the 12.6km long course, gaining several places at a heavy traffic jam on lap two. On the second lap, he worked his way past leaders Adrien Van Beveren (Yamaha) and Antoine Meo (KTM) and immediately created a 10-second gap. But just after his first scheduled pit-stop Ramon was forced to pull-out.

Said 2011 event winner Ramon: Obviously I’m pretty disappointed as everything felt good today. I trained hard for it and felt really good; the bike was easy to handle in the deep sand and we had a good top-speed for the long straights. Everything was in place for a good result, but it’s still a mechanical sport, so you know these things are a part of the game.”

The 40th Enduropale du Touquet was won by Adrien Van Beveren with Daymond Martens in second and Julien Turnessi in third.