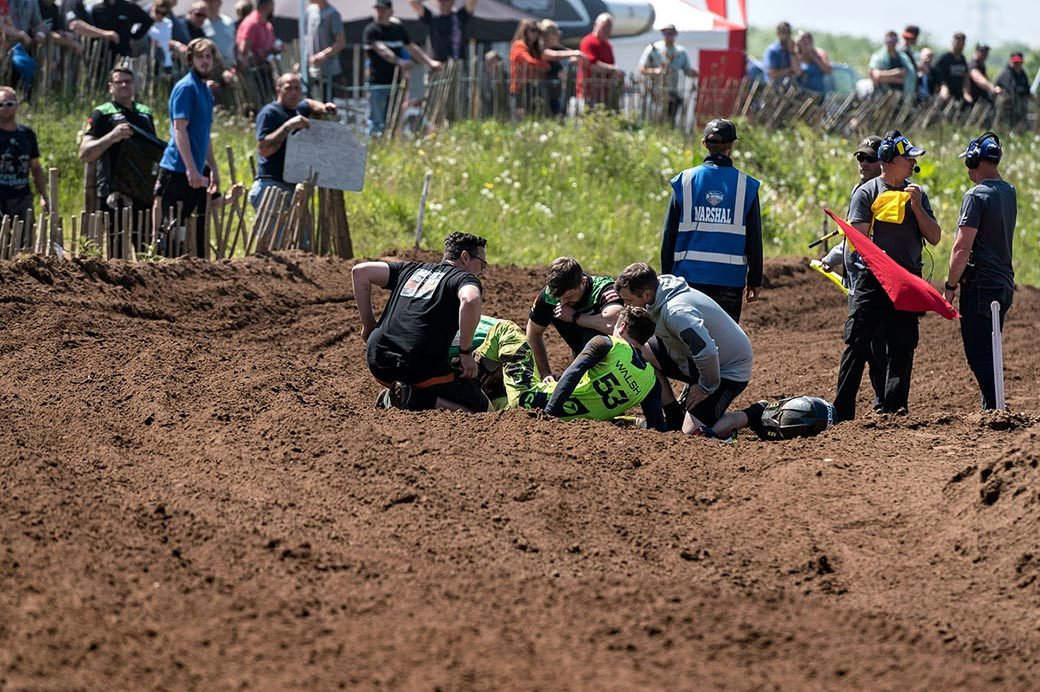 REVO Seven Kawasaki team leader Dylan Walsh could be forced to sit out the third round of the 2021 REVO ACU British Motocross Championship fuelled by Gulf Race Fuels following a huge crash yesterday at the Michelin MX Nationals opener at FatCat Motoparc.

The British-born Kiwi – who is currently sitting second in the ACU series, just seven points behind pace-setter Tommy Searle – crashed heavily and at speed in the second half of Sunday’s opening ‘Fastest 40’ moto, causing the race to be red-flagged. 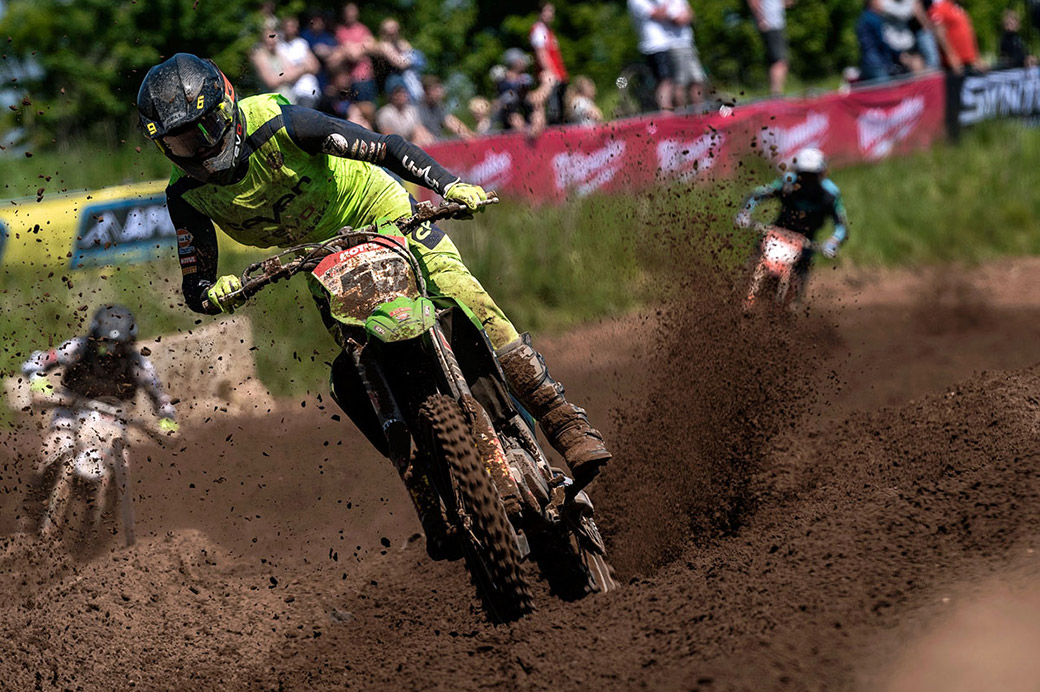 The good news is that the MX1 front-runner, who took two third-placed finishes in Saturday’s motos at the challenging South Yorkshire sand track, hasn’t broken his right leg that took the brunt of the force of the crash but he’s badly beaten-up and there’s now a question mark hanging over his appearance at the Kent circuit this coming Sunday. 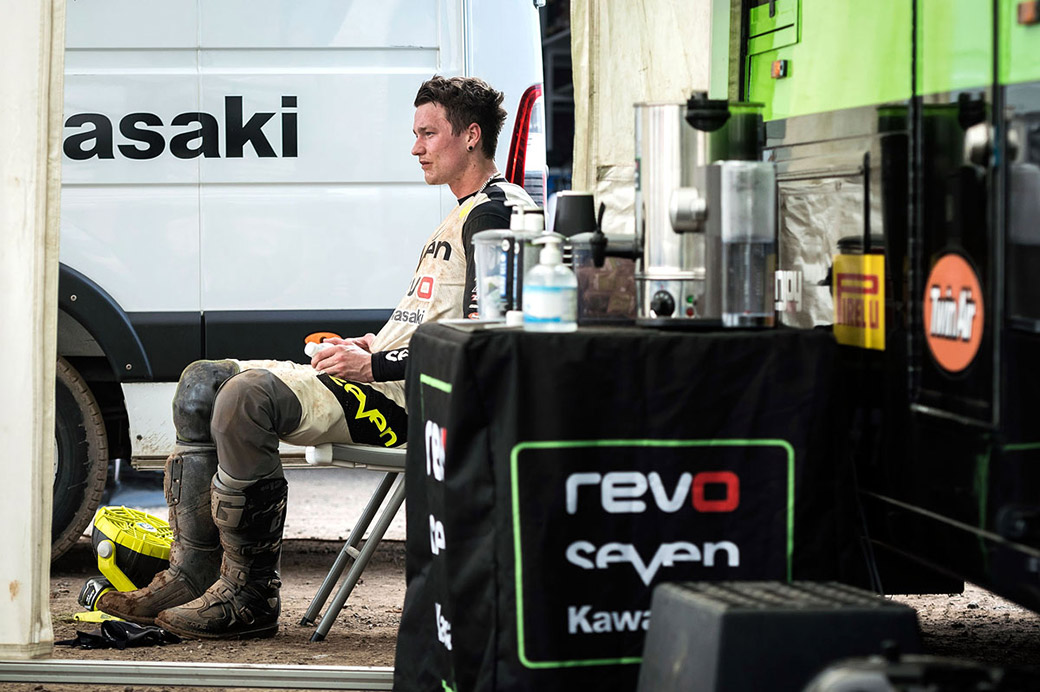 “Dylan’s crash was a full-on Cooper Webb job,” said team principal Mark Yates. “Along the pit straight there was a load of rollers and he must have hit a kicker. We’re talking 40mph, pinned in third on a 450. He was on the front wheel over two rollers with the throttle bouncing off the rev-limiter before he went over the bars and the bike drove him into the ground. The bike must have then gone another 30 feet down the track and ended up on the start straight. It’s totally, utterly destroyed. 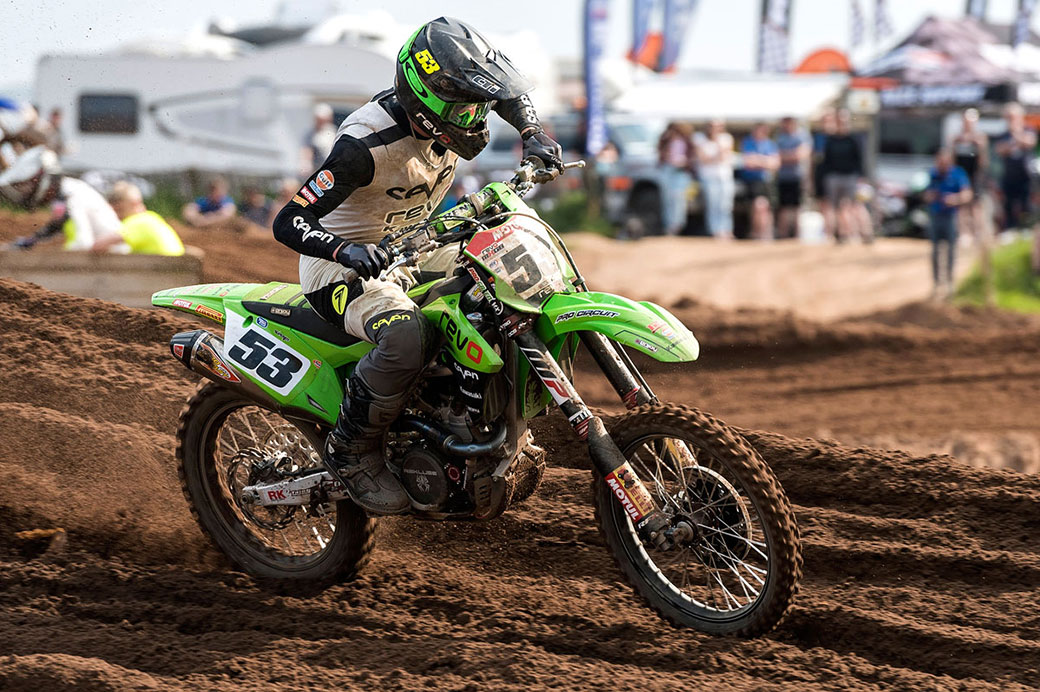 “Fortunately, nothing’s broken but he’s got a haematoma and swelling from what the doctor said must have been a very heavy impact. He’s going to be very sore but he’s a tough lad.”

Dylan was the sole REVO Seven Kawasaki rider in action at the weekend while his team-mate James Dunn continues his recovery from a crash at the opening round of the ACU championship at Culham.