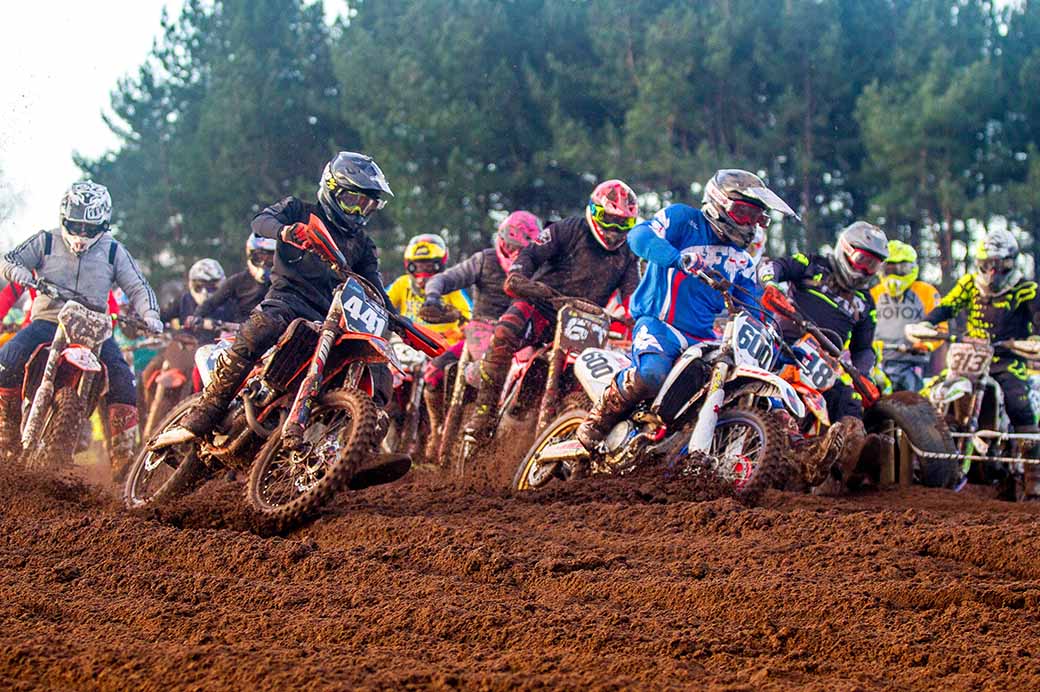 The Rock Oil Michelin Ecosse XC Winter MX Championship kick-started the new year last Sunday, with the third round of its 2019/2020 series.

Supported by Wulfsport and Drysdale Motorcycles, the club welcomed bumper grids across all classes with well over 200 competitors signed up and ready to race.

The all-weather track at Dunbar was hit by a big downpour on Saturday afternoon which changed the conditions a little from the previous two rounds.

However, the race day weather stayed clear and sunny and, thanks to the quality of the venue and the well-organised Ecosse XC team, each class was able to complete three blocks of full-length racing. 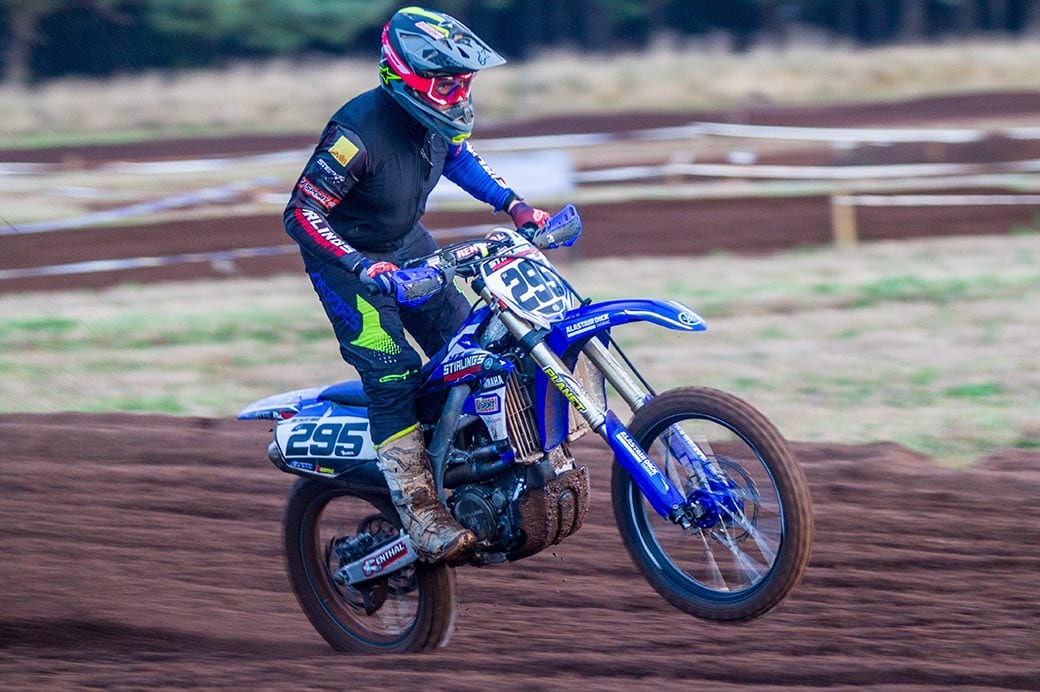 Ross Rutherford made his mark with top spot in the A group (Image: Peter Greenwood)

In Group A, round-two winner John Robson was moved down the rankings by Ross Rutherford, who won all three races, setting the fastest lap in each in the process.

Rutherford had to work hard for his victories, though, as Robson led the first race from the off and all the way until the last lap, when Rutherford pipped him to the post.

Calum Mitchell picked his way through from ninth on the first lap to third by half-race distance, a position he held to the chequered flag. Danny Stalker was fourth after a good start, ahead of Ryan Thomson and Jake Preston.

It was a repeat performance out front in the second race with Robson again leading the way off the start, only to be passed by Rutherford on the final lap. James Hudson came home third, followed over the line by Preston, Ryan McLean and Mitchell.

Rutherford was again behind Robson in the third leg but was ready to take advantage of Robson slipping back to eighth. Rutherford then maintained a race-long lead ahead of Mitchell and Preston. 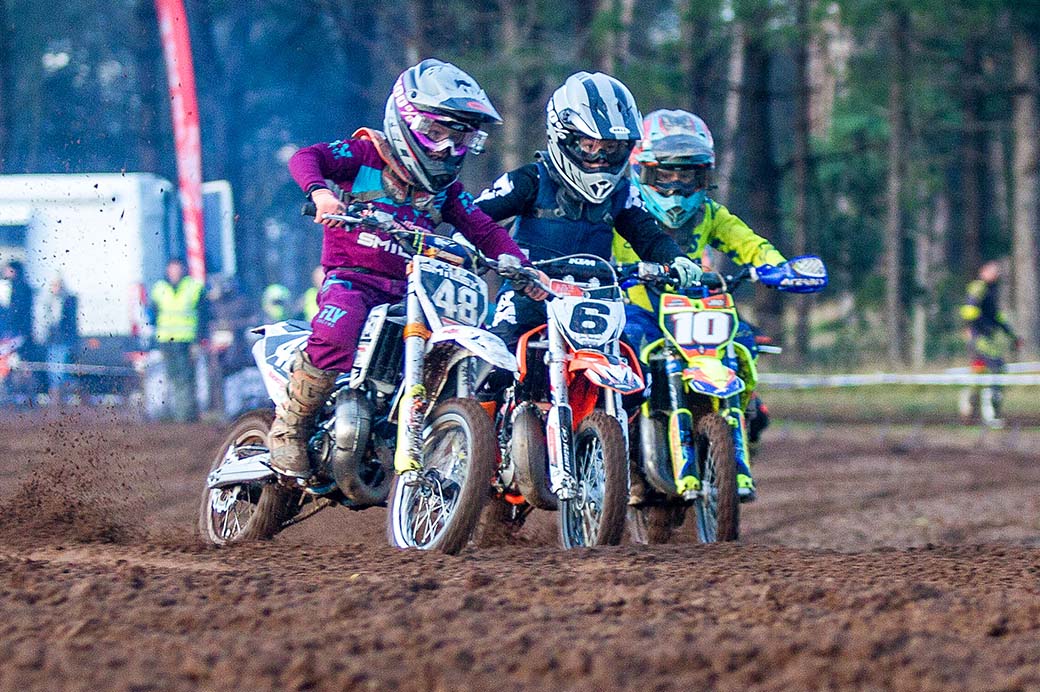 The 65s battle it out (Image: Peter Greenwood)

Robson recovered and pulled back to fourth with McLean fifth and Thomson, making the best of a mid-pack start, to take sixth.

The packed B group saw 40 riders on the line and a different winner in each race. Michiel Graham took the opening race win in a start-to-finish sprint from Harry Hamilton, with Jordan McDonald third after working his way through the field.

Dean Mackenzie went for a flag-to-flag win in the second race ahead of Ryan Johnson and Graham, while Steven Lennie made good work from seventh on the opening lap to win the third moto.

Johnson and Ben Stanley, who had his work cut out, rounded out the top three. Johnson took advantage of consistency to take the overall win on the day, with Mackenzie second and Graham third.

Dylan Grieve won the C class opening race in front of Barry Smith and Kraton Trott. Grieve and Smith again headed the field in race two with Scott Foote taking third, while Stephen Humphries made his mark in the last race, taking the win in emphatic style, leading from start to finish. Grieve pulled through from 11th to secure second in the race and take the overall win, with Trott third. 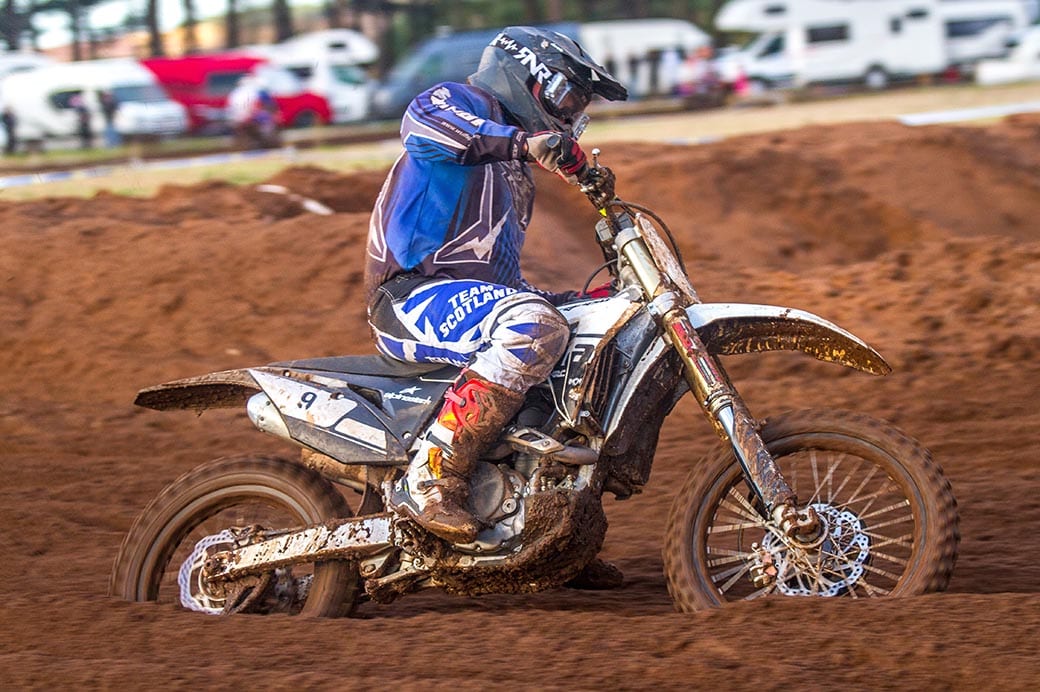 A big Vets class witnessed a few good racing scrapes – however, Tom Grant was clear all the way in the first and second races. He led Scott Murray and Gordon Morrison across the line in race one and then Brian Alexander and Murray in race two, with Morrison fourth.

A switch of fortunes in the last leg gave the win to Alexander with Murray second, although Grant did enough to take the overall win with a third-place finish.

The Rookies were combined with the Vets. Shay Page stamped his authority on the class and was right up with the Vets on track. Page won all three Rookies races with Jack Winthrop and Josh Gray keeping him company in the first and then Gray and Winthrop in races two and three.

Such was Page’s dominance that he took two fifths and a fourth in the overall standings.

On the Youth front, the joint big-wheel and Small-Wheel 85s category enjoyed a healthy turnout of riders and competitive racing.

In the Big-wheels 85s James Barker had a good day’s racing, but a few slip-ups cost him the win.

Ayden Smith had a set of strong races which earned him the overall win, while Jack Fletcher, with a series of good starts took second overall, with Barker third.

Jay Cheel and Hudson Roper were also in the mix. Ryan Waggot picked himself up from a first race off to catch the leaders and take the Small-Wheel 65s first moto win.

His best lap-time of 2:06.578 also placed him right in the Big-Wheel territory.

He was followed in class by Rhys Whyment and Josh Val, a set of scores that were repeated in the next two class races. Lucy Barker and Cristina Palmer didn’t let the boys have it all their own way, though, with Barker taking three fourth-place finishes and Palmer fifth in races two and three.

Hayden Statt was on fire in the opening 65cc race, but a crash and DNF in the final race denied him the overall on the day. That result went to Liam Bell who posted a second and two firsts but Statt’s win, second and 10th were enough to give him second overall in front of Jaxon Haswell.

Ellis Nelson was also right up with the front-runners. Another clean sheet was the order of the day for West Midlands quad racer Oli Sansom.

He didn’t put a wheel wrong throughout and with three start-to-finish wins, took his Ecosse Winter Series tally to nine wins from nine starts.

Race one saw Sansom out front, with Mark Wilson and Michael Brewis enjoying their own battle.

Brewis emerged the victor from that tussle taking second behind Sansom, with Wilson third ahead of Ricky Tordoff, Ayrton Knowles and Dwayne Burns.

With Sansom clearing off in race three, Knowles moved into second by the end of lap two and held the position, with young wood in a fine third, leaving former Scottish champs Wilson and Brewis in his wake. 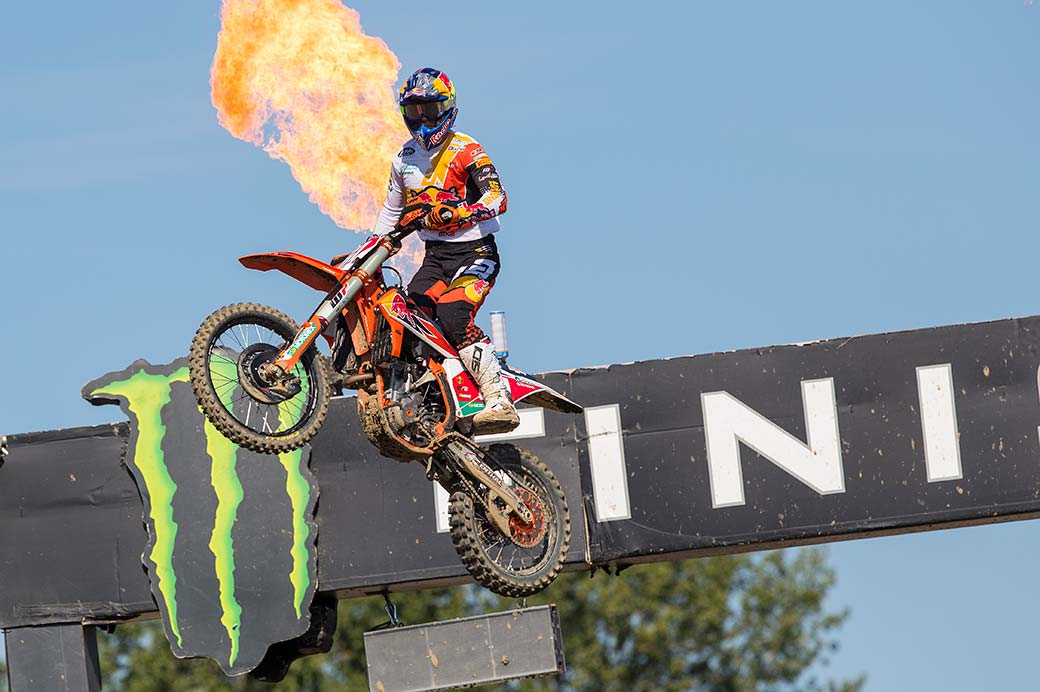 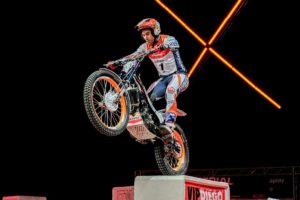