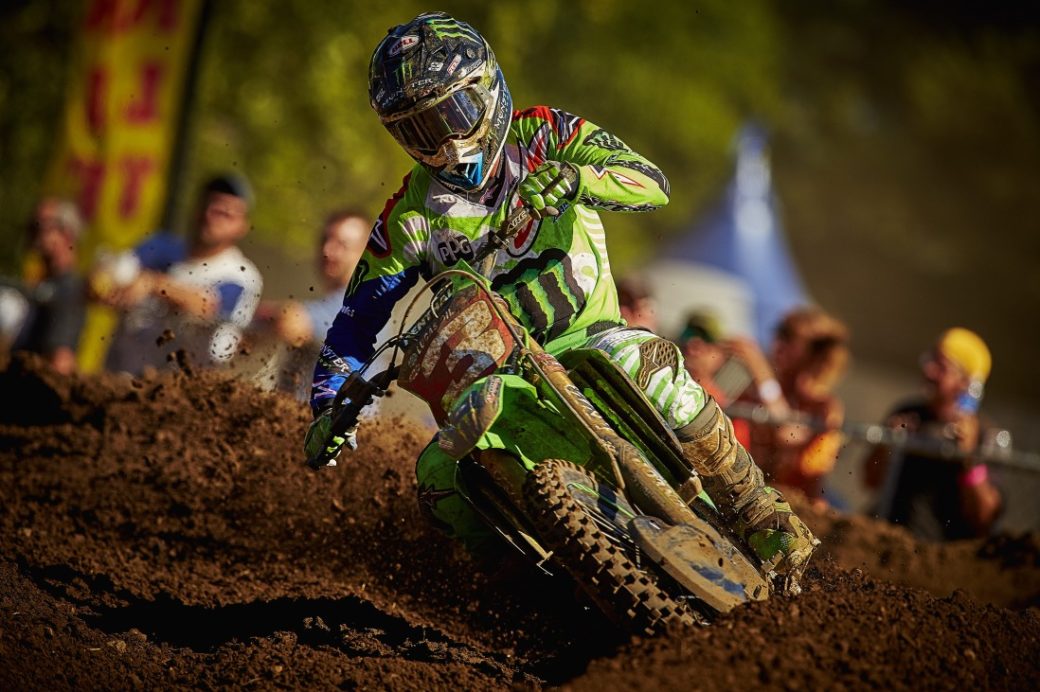 There are still three weeks to the deadline for nominating teams for the Motocross of Nations but there is already good news and bad concerning the line-up as overseas teams nominate their squads.

Getting the bad news out of the way first, Eli Tomac is looking increasingly unlikely to race at Matterley Basin on September 30/October 1.

The US No.1 blamed a packed schedule when he declared his unwillingness to compete in the post-race press conference at Washougal.

“Right now it’s looking like a no,” he said.

“We have to go race the USGP and then you have two weekends off I think and then you make your way to England and then a couple of weeks after that you have the Monster Cup too.

“For me it’s like we’ve been racing since that first weekend in January and you’re basically putting yourselves through the meat grinder all the way through the middle of October so right now it’s probably a no.

“It’s a super-special event but with the schedule nowadays it’s a pretty terrible time.

“I don’t know what to say, with the two series and all the other events and having the expectation of being a winner throughout that whole year is tough.”

Former British champ Zach Osborne is a no-brainer to fill the MX2 slot for the USA and if Tomac is indeed out the 450 slots will now be between Jason Anderson, Blake Baggett, Cole Seely, Justin Barcia, Weston Peick and Cooper Webb.

Japan will be a no-show this year.

“Because of injuries we do not have three riders with sufficient experience,” explained team boss Akira Mumoi.

The good news is that Thomas Covington – riding his factory 250 – and Darian Sanayei on a DRT 450 will each contest the Nations this year for Puerto Rico.

For the first time the Caribbean state will not send one of their own and Justin Starling will complete the trio which has a good chance of making the top 10.

Canada will also be well represented with Colton Facciotti, Shawn Maffenbeier and Tyler Medaglia while Cody Cooper is joined by Josiah Natzke and Rhys Carter for the Kiwis and Brazil has nominated Fabio Santos, Rymyller Alves and Eduardo Lima.

As we’ve previously reported, the MCUI was the first European federation to nominate with Graeme Irwin, Martin Barr and Stuart Edmonds all obvious choices.