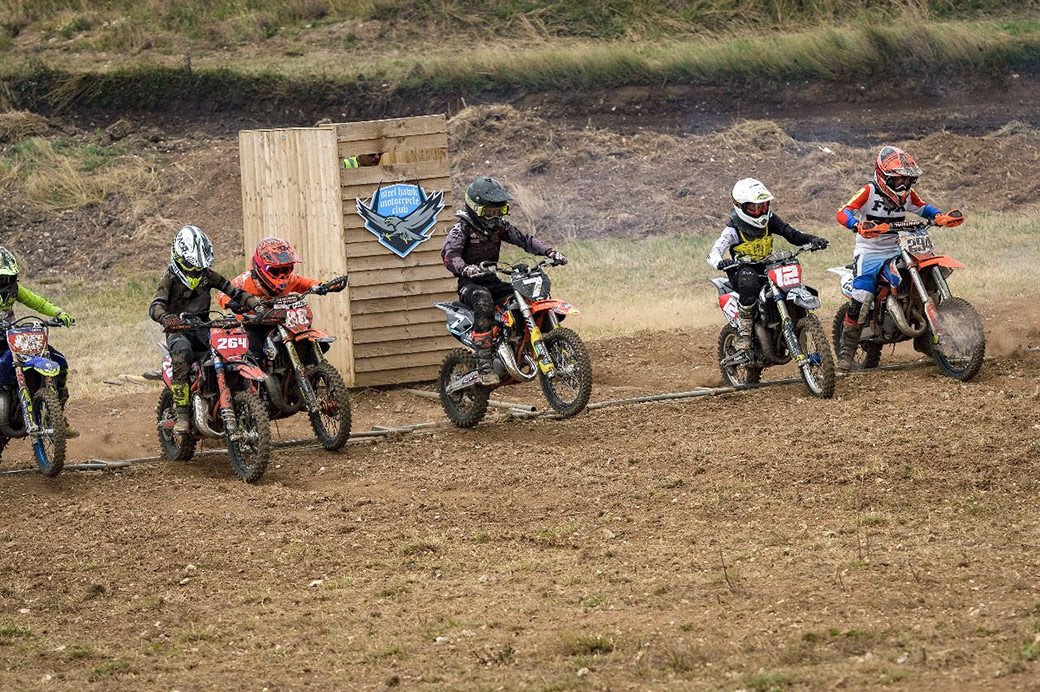 What is the ‘Hammer & Tongs’ Team Trophy you may ask? If you don’t already know it’s a Motocross of Nations-style event being run at The Grange MX, Shropshire on October 1-2.

The difference with ‘Steel Hawk Motorcycle Club’s event compared with most UK motocross team events is that you can choose your own team, your own tribe and colours, have your own cool team name (keep it clean folks!) and maybe even have your own graphics and helmets wrapped or sprayed. Unlike most MX team events in the UK where you ride for your local club, this time you’re in control and you can do it your way and choose your teammates.

Teams will be made up of four riders across the following classes: Auto, Junior 65c, Small Wheel 85, Big Wheel 85, Rookie 125/250, Adult Under 35 and Adult Over 35, with no more than two riders allowed from each team in any one class. Like the real Motocross of Nations, on Friday evening there will be a live ballot in the marquee to determine the gate pick for Saturday morning’s qualifying moto. The result from qualifying will determine the gate pick order for the following four motos over the remainder of the weekend.

With one point for first, through to 40 points for 40th, the lowest point-scoring team will be crowned the 2022 Hammer & Tongs Team Trophy winners. They’ll also be a battle for individual class winners and awards.

Incorporated into the weekend will be the ‘4 Nations MX Shield’. England, Scotland, Wales and Northern Ireland will be battling it out to decide who is the best ‘home’ nation in UK motocross.

Team captains, Brad Anderson (England), Billy Mackenzie (Scotland), Mark Jones (Wales), and Martin Barr (Northern Ireland) will be selecting five adult riders for a line-up of 20 in three separate motos as well as three youth riders in each class of the ‘Hammer & Tongs’ races to contest to be the best. In the ‘4 Nations’ adult class each county must have one rider over 35, one rider under 21 and at least one rider on a two-stroke. Those three motos alone will be a great watch, especially with some of the team captains out there racing and banging bars!

The banter between the four team captains has already kicked off!

“Paul, Julie and myself at Steel Hawk are really excited about our new concept,” says Jeff Perrett.

“Our Rock it til Sundown event has established itself in the UK MX calendar, our ‘Airborne Gunner Summer Supercross is gathering momentum and we’re now hoping our ‘Hammer & Tongs’ Team Trophy and ‘4 Nations Shield’ will also.

“We all get caught up in the buzz of the MX of Nations each year, so we thought it would be cool to do a UK event that captures that and gives club riders a chance to put their own team together and go for glory with that MXoN vibe. Then our thought process evolved and we thought, how cool would it be to have our home nations go at it?

“We want to bridge generations too and make sure the event has a real family feel, so that’s why we’ve asked Brad, Billy, Mark and Martin to be our team captains. They’re all buzzing for it and we’ll be working with them to develop the concept and turn the event into something everyone can really get behind each year to sign off the motocross season.

“The Grange MX track has great soil and a cracking layout for all levels, so if we’re lucky enough to get a good weekend of weather we believe it’s going to fun weekend before most of us head off into the off-season. Then if all goes well, we can build and make it better year after year.”

To enter captains need to email entries@steelhawkmc.cc with their Team name and riders, and then the riders can then enter via this link.