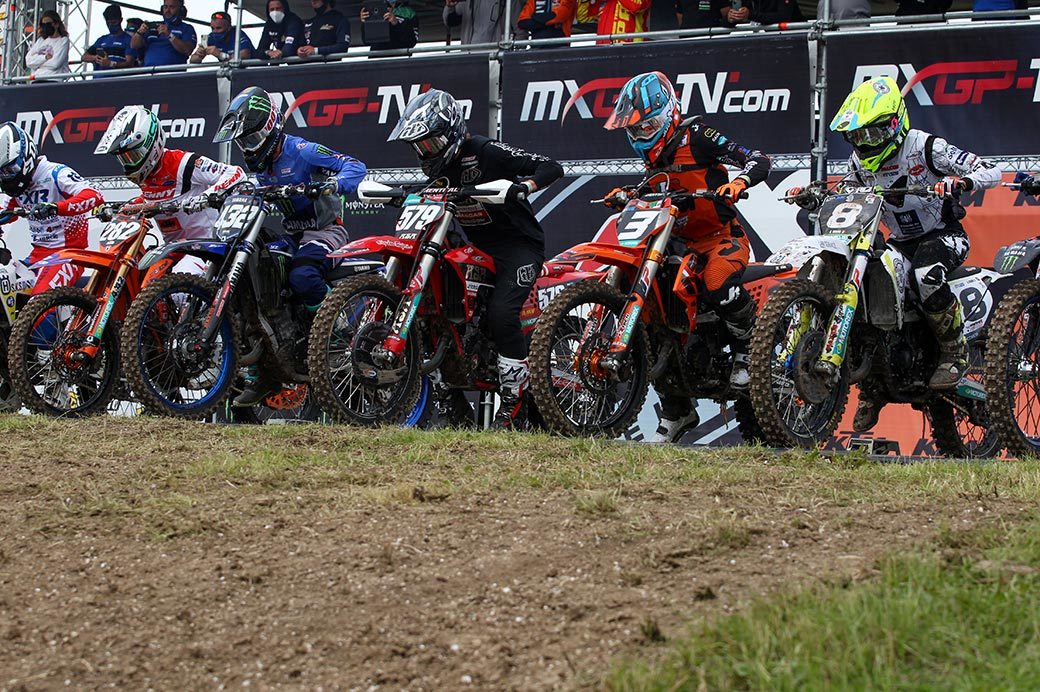 The ASA United GASGAS team had a pretty big weekend the British MXGP. As you may know by now, Bobby Bruce was on fire at the opening round of the EMX125 series.

He ended his day with a podium, and he thrilled the hardcore British fans that came along to watch the European racing on Saturday – you know, they’re the ones that are really into it. And depending on the class, you can find a packed entry list, which means healthy competition in the main motos.

The good folks at ASA United GASGAS were kind enough to put this piece together for us. It’s not a press release, it’s more like a blog post of their day. And from what we hear, that day ended with a few drinks and some sore heads… 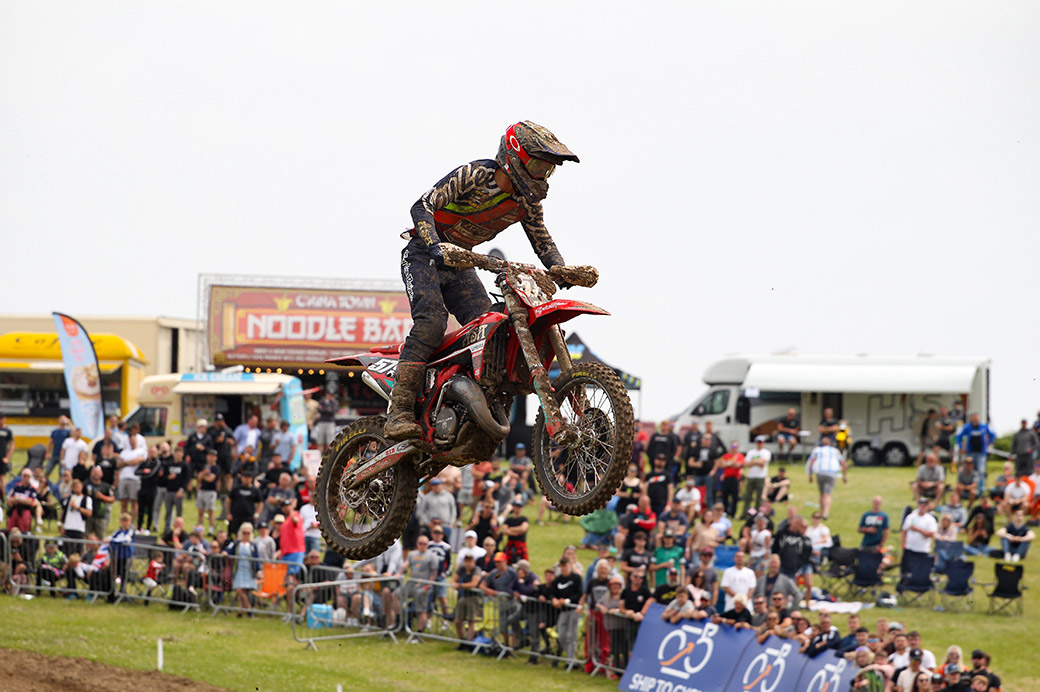 Matterley Basin was a roller coaster that’s for certain (the kind that you would quite happily line up for over and over). Sitting here trying to find the right adjectives for a weekend such as this is no easy task, but here goes nothing!

As many of you will be aware, when it comes to Bobby Bruce, 2021’s main focus has always been the EMX125 championship. Winter training in Spain, the jump into MX2 at the British… all in hope of preparing our young pilot for a gruelling season of European racing.

Needless to say, we have all been eagerly anticipating the start of the series. Bobby has been looking strong in the races up to this point, continuing to build from his successes in 2020, and Matterley Basin would the perfect opportunity for Bobby and the team to showcase all of the effort that has gone into the 2021 campaign so far. 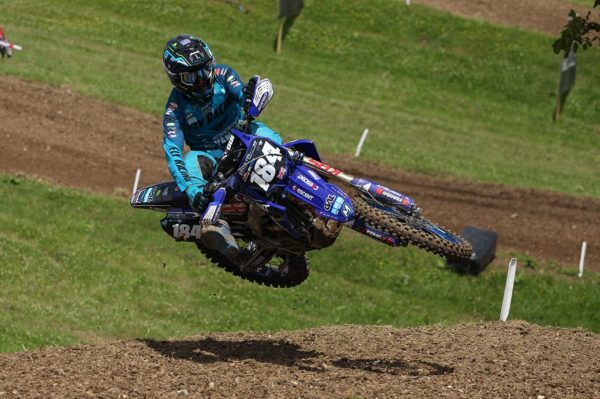 We’ve always known Bobby has had the potential to do well at the European rounds, but you’re never quite sure just where you’ll be in the races until the gate actually drops. So, for Bobby to go third fastest in qualifying, it gave us an indication of where we could be. Obviously, it also left us with a strong gate pick for the races to come, and with times pretty close at the sharp end we knew the start was going to be crucial.

Come gate drop for race one, Bobby got a little swallowed up as the front runners bottlenecked to the inside of the first corner and left us in ninth for the first lap. As the race progressed Bobby was able to make some critical passes, finding impressive new lines and carving through the pack for the entire moto. After some mid-race graft, we found ourselves all the way up into second with a few laps to go. After a late moto crash, Bobby dropped out of second, and eventually found his way back up to third at the chequered flag. 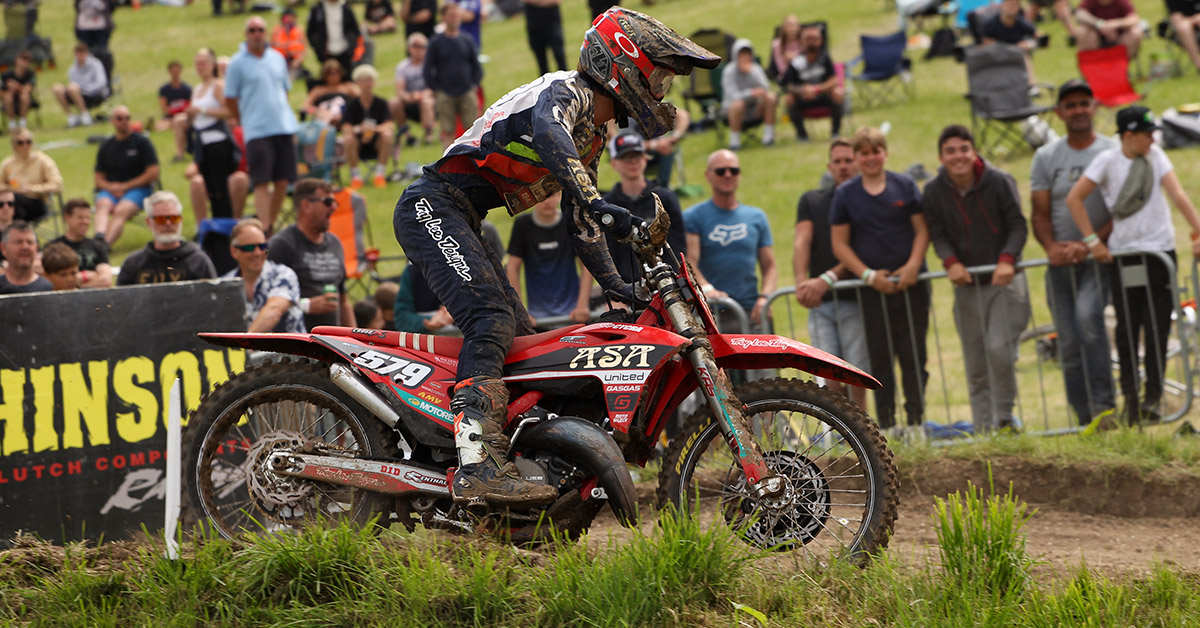 However, after over-shooting the triple before the finish line jump and ending up off track with a lap to go, it was deemed by the officials that Bobby did not re-join the circuit at the earliest possible opportunity, resulting in Bobby being placed sixth in moto one.

Of course, all of the effort made in the first moto becomes a little bittersweet after being docked positions… but there were still plenty of positives to take away from it and by no means were we giving up yet! 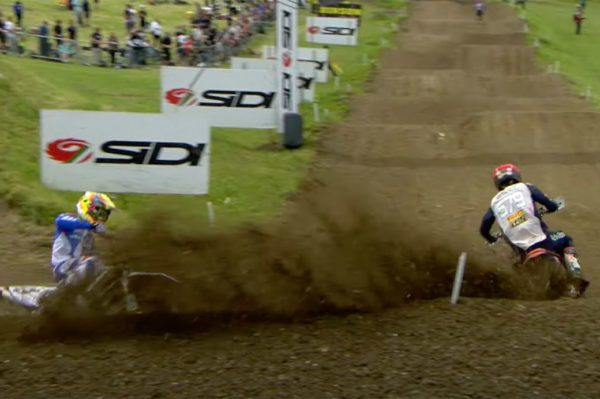 The final jump off the gate yielded slightly better results, still not the holeshot we were hoping for, but a few turns in and we were sitting pretty in fourth, before quickly moving up into third. After running with Osterhagen and Zanchi, Bobby was able to capitalise on their mistakes before long and find his way into the lead, passing Zanchi along the start straight!

The crowd’s reaction to Bobby Bruce at the head of the pack was quite overwhelming, the support from behind the fences did not go unnoticed and was honestly, such a humbling experience for the entire team. But the fight was not over yet, Osterhagen was able to reel Bobby in and make the pass for the lead, it was at this point that Bobby latched on to the new race leader as they both began to pull away from the pack. Still within striking distance of the lead, Bobby was in a strong position to contend for a race win!

But it was not to be, Zanchi’s crash over the double just after the whoops, led to the race being red flagged. As per the FIM rules the race was taken back a lap and a half which meant Zanchi was gifted the race win, Bobby second and Osterhagen third.

Thankfully, it was enough for us to put it on the box! Third Overall for Bobby Bruce, the team’s first EMX125 podium and hopefully the first of many!

“I gave it my all today and ended P3. Some highs and lows, but I didn’t give up,” said Bobby. “The crowd was unbelievable and I heard them round every corner of the track, I can’t thank you all enough for your support. Really excited to carry this momentum onto the next round in Italy!” 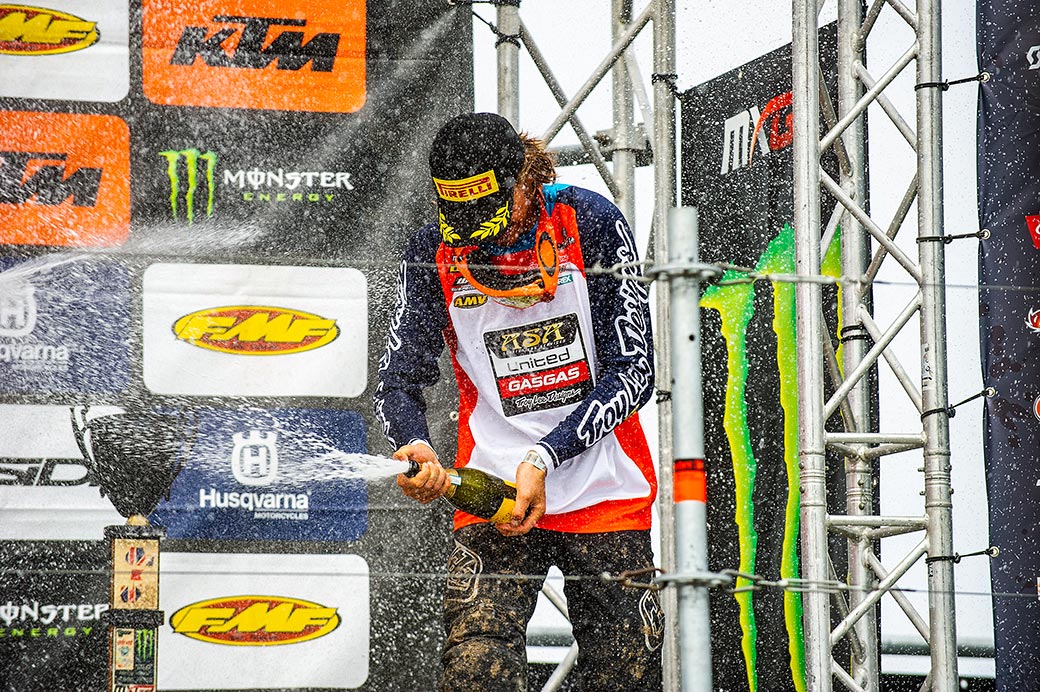 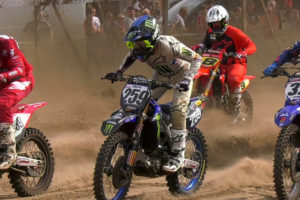 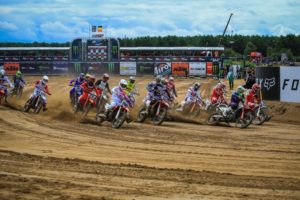 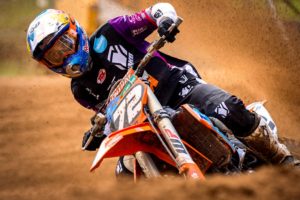 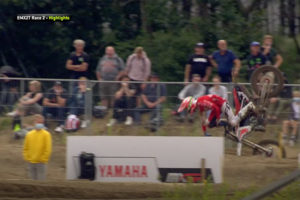 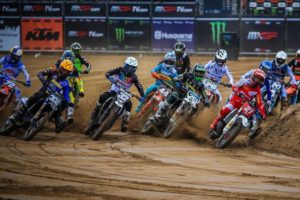 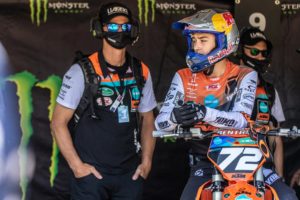 Lommel: Everts on preparation and pressure of home GP