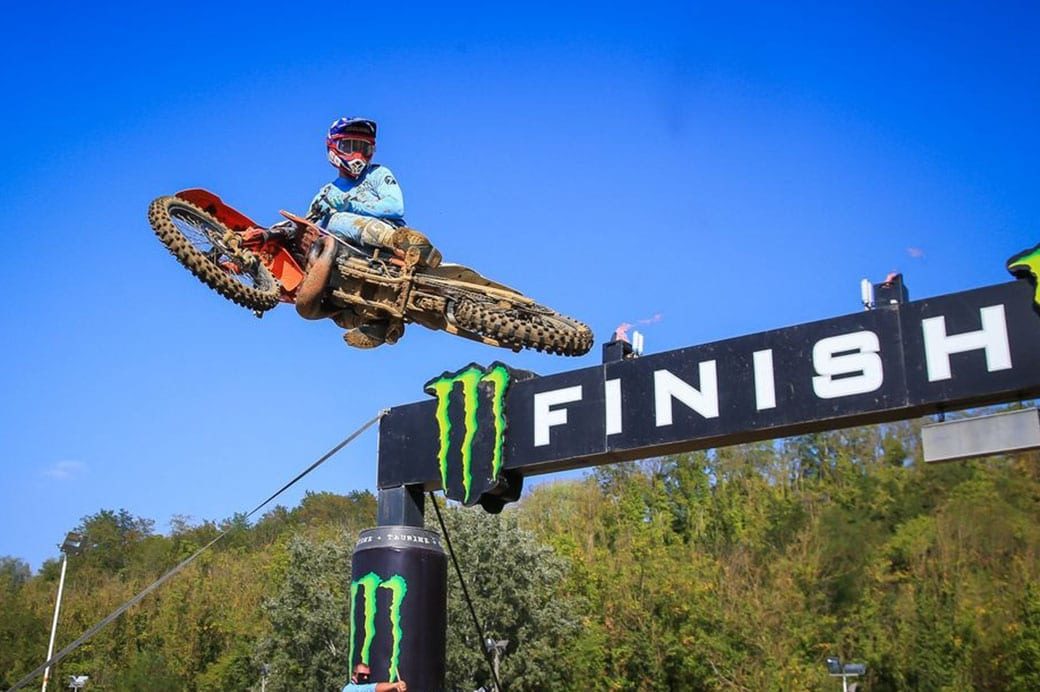 In today’s EMX2T motos, Britain’s Anderson delivered two cool second-place finishes to give his title challengers no hope of snatching the gold plate away from his firm grasp.

Holding the championship red plate from the first round, the 39-year-old has taken the chequered flag first on five occasions and has never been off the EMX2T podium in 2020. It’s Ando’s third European title after also winning the EMX300 title in 2017 and 2018 – only missing out on the EMX2T crown in 2019 to Mike Kras by one point.

“I missed out last year by a point, otherwise this would have been fourth but well done to Mike [Kras] that year,” said Ando. “This year just all come together, everything ran perfect really. Just struggled a bit with this track to catch the first guy – he was gone. He rode really well but I’m so pumped on winning this for a third time. I just like to thank everyone who helps us get here – awesome job. Thanks very much.”

Speaking to Lisa Leyland after the podium presentation, Ando said: “This is what I’ve worked all year for. I’m just so glad this has happened this year because of the Covid. Hopefully we can do it again next year. That last race there was tight between me and [Manuel] Iacopi, fighting ’til the end there. I wanted second place cause I knew I couldn’t catch the first guy [Nicholas Lapucci]. It was a good battle but, yeah, you know me, I always try and do the best I can.”

The EMX2T guys will be back in action again on Saturday for the final round of the series – once again at the Trentino circuit in Italy. 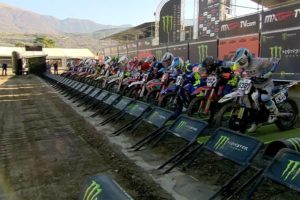 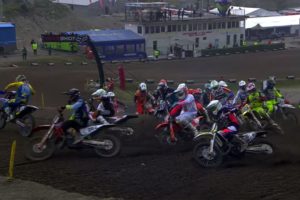 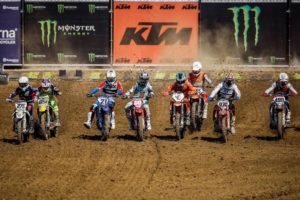 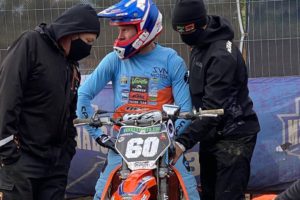 Lapucci dominates in moto one, but Anderson edges closer to title! 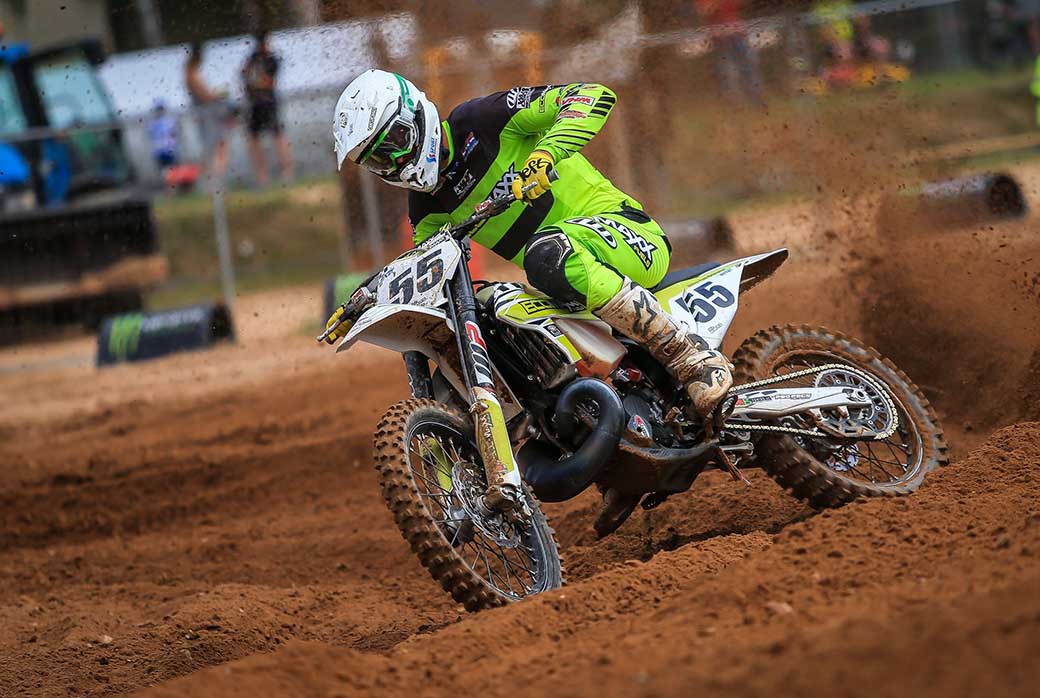 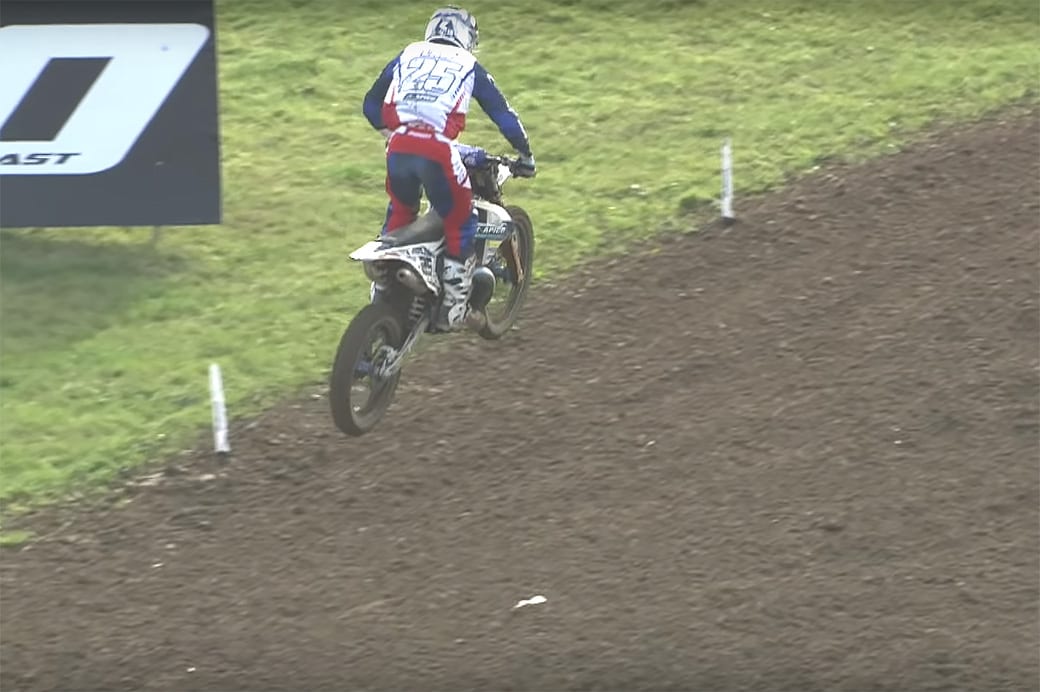