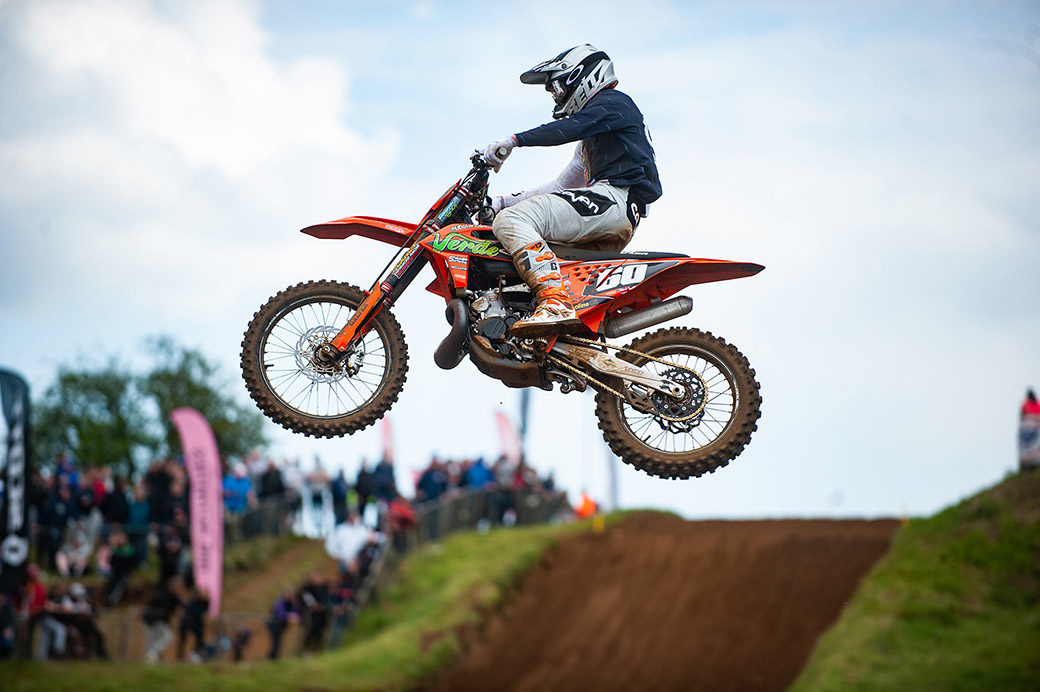 Defending EMX2T champion Brad Anderson kicked off the final title bid of his long and distinguished career at the old-school hard-pack circuit of Loket on Saturday with a podium place.

And although he came close to a moto victory, the Verde Substance KTM man could not keep hold of the coveted red plate.

Due to Covid restrictions in the paddock and an unfortunate date clash with the MX Nationals, Anderson and two mechanics, Chris Muir and Josh van der Linde took the road trip alone to the Czech Republic.

Ando flew out of the gate with Federico Tuani just ahead. Immediately there was drama as Tuani appeared to come into the turn a little hot, then caught a slick patch on the first uphill section.

Tuani tried to hold on to his factory Fantic in vein, and Ando raced into the lead.

Behind Ando was teammate to Tuani, Maximillan Spies, and he was the only one who could get close enough to give Ando grief.

The German chased hard on Anderson’s back wheel for the first seven laps of the race, with Anderson skilfully holding him at bay. But with eight minutes left on the clock, Spies found a good line, made his move and pulled away. After that, the 40-year-old Brit was comfortable with his second place and rode it out to the chequers.

In the second race, Anderson got out of the gate in fourth place and pushed to pass Ben Putnam early in the lap. Ahead of Ando was Jonas Nedved, and he was quickly dispatched. While Spies was leading the race, Ando was battling on two fronts as he struggled to grips with the circuit while Tuani made an aggressive move to take over second – leaving Ando to shake his head with displeasure. And that’s how the leaders stayed for the remainder of the moto.

A third-place finish was enough to split the Fantic boys as Ando took second place on the podium.

“I just didn’t get on well with the track this weekend,” said Ando. “We’ve got Lommel next weekend, which I’m looking forward to – a bit of sand. I knew the Fantic boys were going to be quick here because they’re good on hard pack. I just can’t wait for next week.”

Team Manager, Adrian Kirk, said: “A good effort from Brad on a hard pack track, which seemed to suit the Factory Fantic riders better. Next week is Lommel, deep sand and definitely an Ando track.

“It was a shame that the whole team aren’t able to be out there to support him but the two mechanics that are out with him are keeping him relaxed and focused.”

As the team head to Belgium and the legendary brutal sand track of Lommel, Ando has an eight-point deficit to Spies.