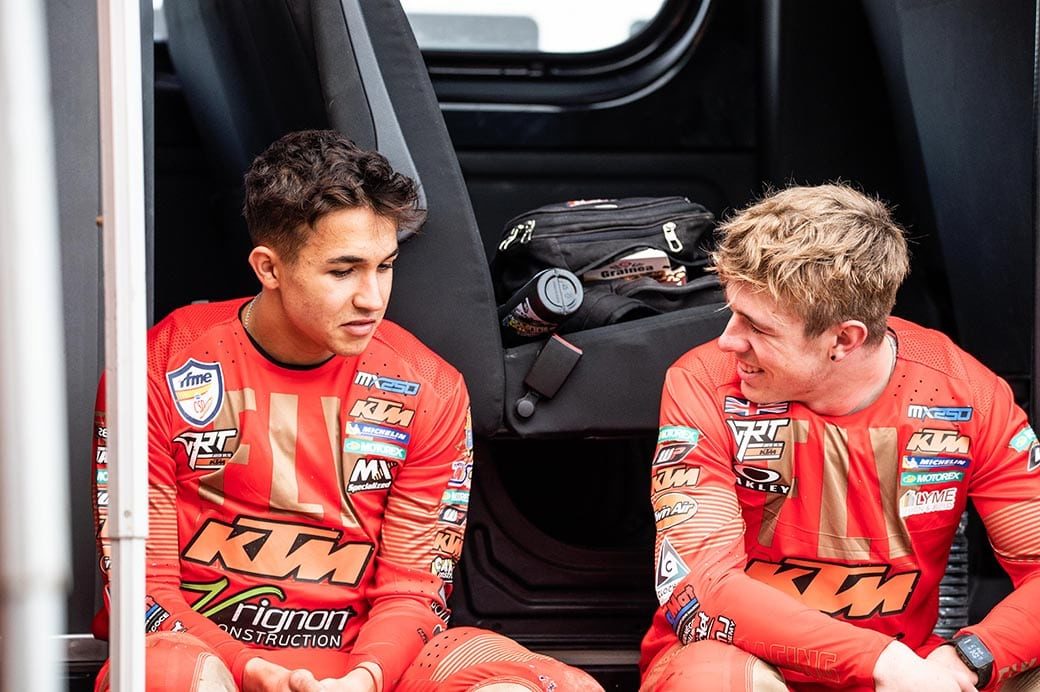 British rider Eddie Jay Wade was hospitalised on Sunday following a crash while competing in the MX2 class of the Spanish motocross championship.

Wade who’s signed with Team KTM VRT has been using time in Spain to prepare for his first season in the EMX250 championship, which gets underway at Matterley Basin on June 27.

Wade’s weekend had started well after qualifying third but the 17-year-old’s crash the following day left him with head injuries that were a cause for concern.

“As a lot of our friends and motocross enthusiasts are aware, yesterday [April 18] Eddie had a serious accident at the third round of the Spanish motocross championship in Calatayud,” a statement from the team said. “After incredible treatment from all the medical persons involved at the circuit and hospitals he is now, thankfully, out of danger from a head injury sustained in the accident.

“In the next few days, the best options will be decided to treat his various fractures.

“We would like to thank everyone from our hearts for their kind messages of support and are sorry we are not able to respond at the moment. We will keep you posted regarding his last medical condition in the next few days, and we can’t wait to have him back on track with us.”