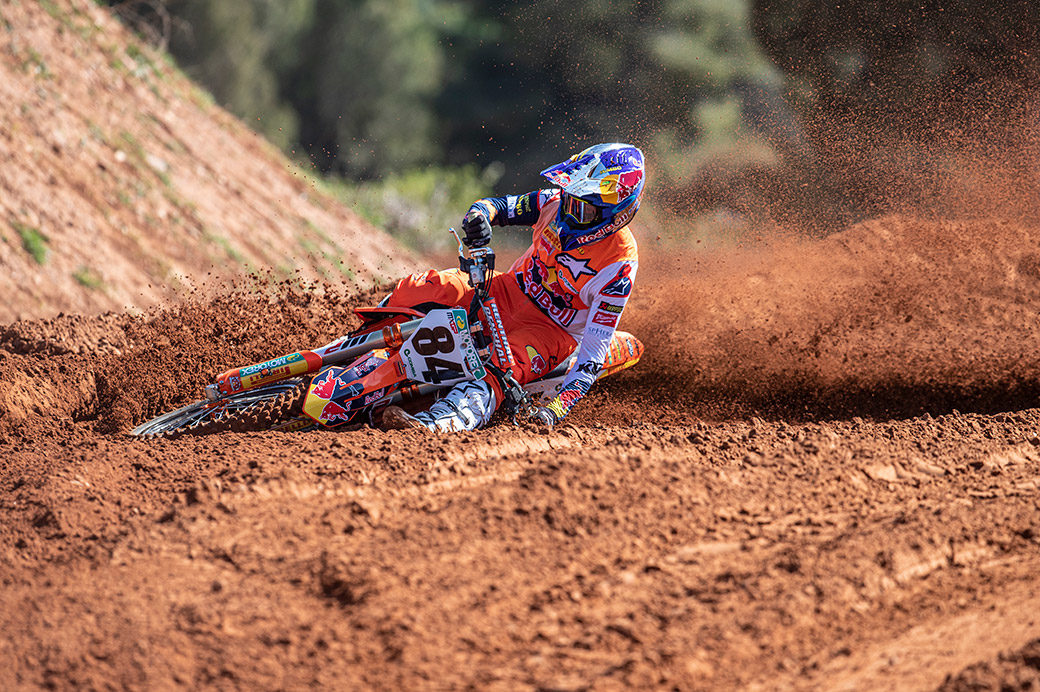 Now that June is with us (so long miserable May), it’s not just the thermometer that’s finally starting to rise as motocross around Europe is starting to heat up.

After some uncertainly following a rise in Covid cases, the French nation has hopefully turned a corner, and some sporting activity with spectators are making a welcome return.

After weeks of negotiations, the authorities have given the Moto Club Ernee the green light to allow 1,000 fans in for the 24MX Tour Champions de France Elite, or as we call it, the French Elite Championship.

This weekend (June 5-6), Ernée will welcome many top riders to their starting gate, with more than 300 entries across MX1, MX2, Junior and Espoirs (translated to ‘hopefuls’), for the first round of the 24 MX Tour – the main French motocross series.

The club, the riders and the French fans are excited to be back on a circuit that has seen many changes since the last GP. And they have a stacked gate too…

There are 98 Junior riders and 80 Espoirs kids in action on Saturday. But on Sunday, the main classes will be on track, with many GP riders taking to the line for one last race before the FIM Motocross World Championship gets underway in Russia on June 13.

All the French riders competing in the French Elite will be in Ernée, but for the first time in the French series, more than 15 GP riders will line up on the famous French circuit.

The Ernée round will be a must-watch for many MXGP fans, with no less than six factory teams competing. And watch it you can, with live streaming available for a modest fee.

In the MX2 class, Red Bull KTM Factory Racing will line up Tom Vialle and René Hofer, F&H Kawasaki will be there with Mathys Boisrame, Roan Van de Moosdijk and Mikkel Haarup, while Jago Geerts and Thibault Bénistant will represent Monster Energy Yamaha. We’ll also get a look at Britain’s Joel Rizzi on the Honda 114 Motorsports CRF250R.

But why have one Watson brother when you can have two?! Nathan Watson will be in action on his Honda SR Motoblouz – and one other handy Brit to shout for – how about Todd Kellet (Yamaha France)?

Monster Energy Kawasaki Racing will be there with former world champion Romain Febvre – who will race his old #461, according to the entry list – and Ivo Monticelli. Racing for Husqvarna IceOne is Thomas Kjer Olsen, who will be alongside Arminas Jasikonis as he makes a very welcome return to racing after a severe injury side-lined the Lithuanian.

That lot will definitively give this event an MXGP atmosphere. I think it’s fair to say that this is the best line-up of motocrossers this side of the Atlantic for this coming weekend.

How to watch Ernée live streaming

If you were mad enough to think you could get into France right now (and that’s a different story), you’d have no chance of scoring tickets – they sold out in five minutes!

Thankfully, the club has agreed on a deal with a pro company that does broadcasts for triathlons and cyclocross, and they will take the helm for the live streaming of the Ernée event.

On Sunday, June 6, eight cameras will be pointed at the bar-banging action on the track so that you can follow the timed practice sessions and all the races via live streaming. For less than €6 (£4.99), you will have the entire Sunday Ernée programme available.

The race will be live online with coverage starting at 9am Sunday, June 6 with Timed Practice. The Sunday timetable and all rider entries are below…

7h00: Opening of the circuit to spectators

Note: Times are subject to change.