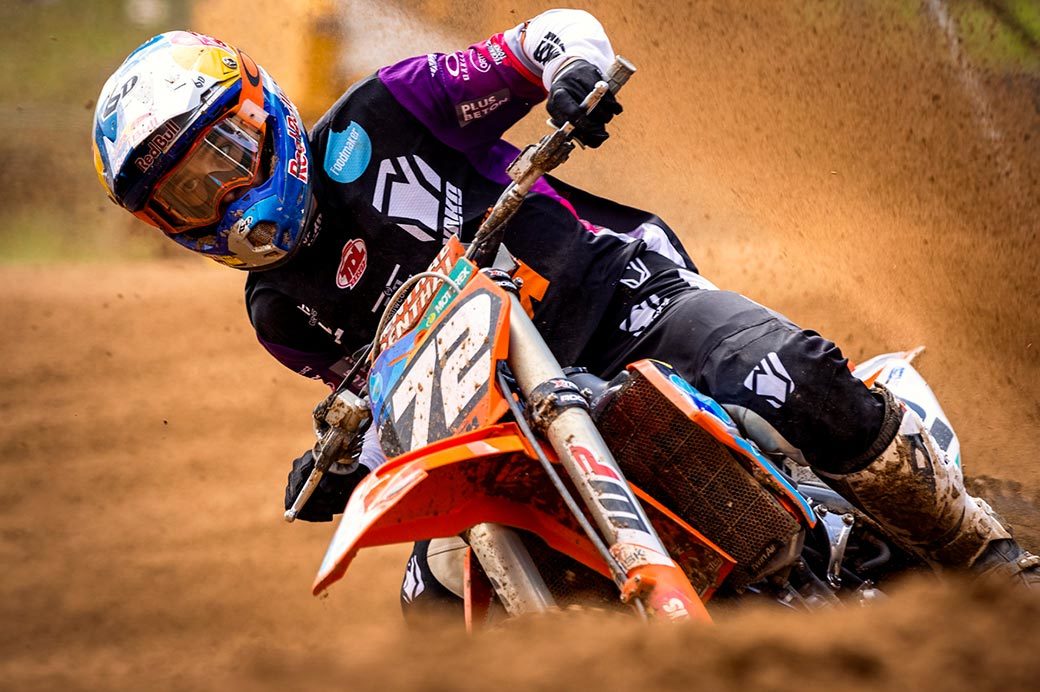 A day after celebrating his 17th birthday, Liam Everts was in action in Latvia as Kegums hosted the fourth round of the EMX250 championship – the day promised so much but ended with costly errors and a five-place penalty.

In free and timed practice, Liam wasn’t able to find the high pace required to fight for the top spots eventually qualifying in 11th.

When the gate dropped in the first heat Everts was slow to react but still found good traction – Everts explains: “The reaction at the gate wasn’t that great. But I could run a nice line going into the first corner. This first corner is always a little dicey, so coming out in fifth or fourth was great.

“A few corners later I tried to overtake the man in third, while doing that I saw that just in front of us the two leaders came together and suddenly I went to the lead.” 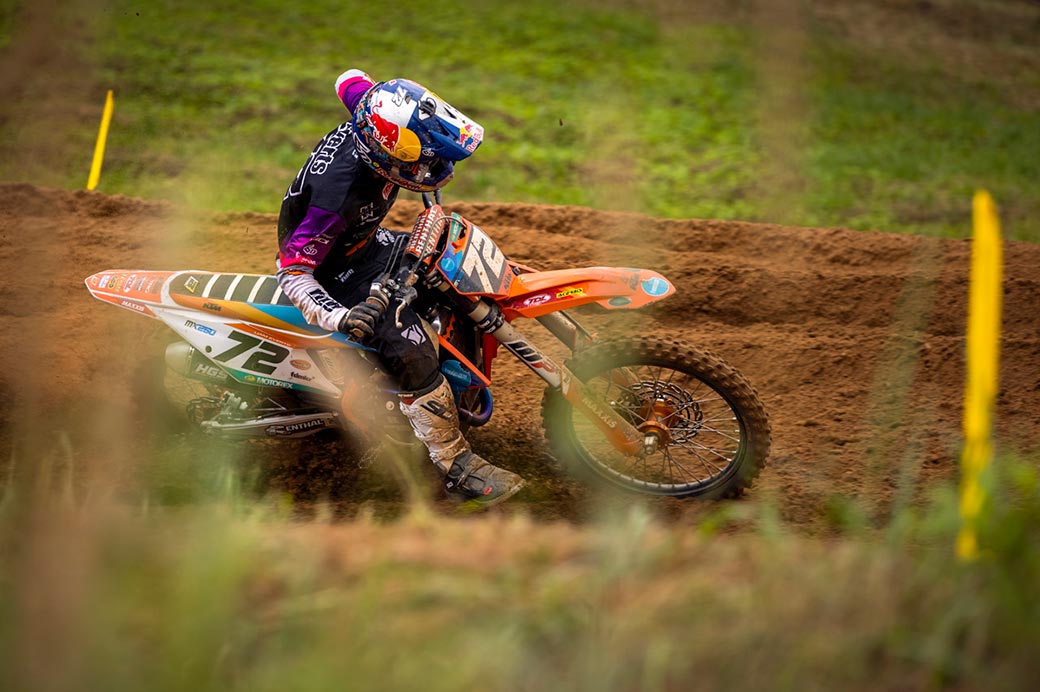 Everts rode great lines and smooth, but one little mistake on lap four dropped him back to seventh. He quickly picked up the bike and remounted, within no time he was back in a good rhythm.

Fighting his way back up, Everts made another little mistake. This time no places were lost, only valuable time. Time he could’ve used at the end of the race.

Everts would finish in fifth, missing the fourth-place spot by only two seconds – what could’ve been…

In the second race, Everts tipped off the bike in the first corner. A few corners later he tasted the Latvian dirt again. The Foodmaker-KTM rider dusted himself off and restarted his race in a quest for points. 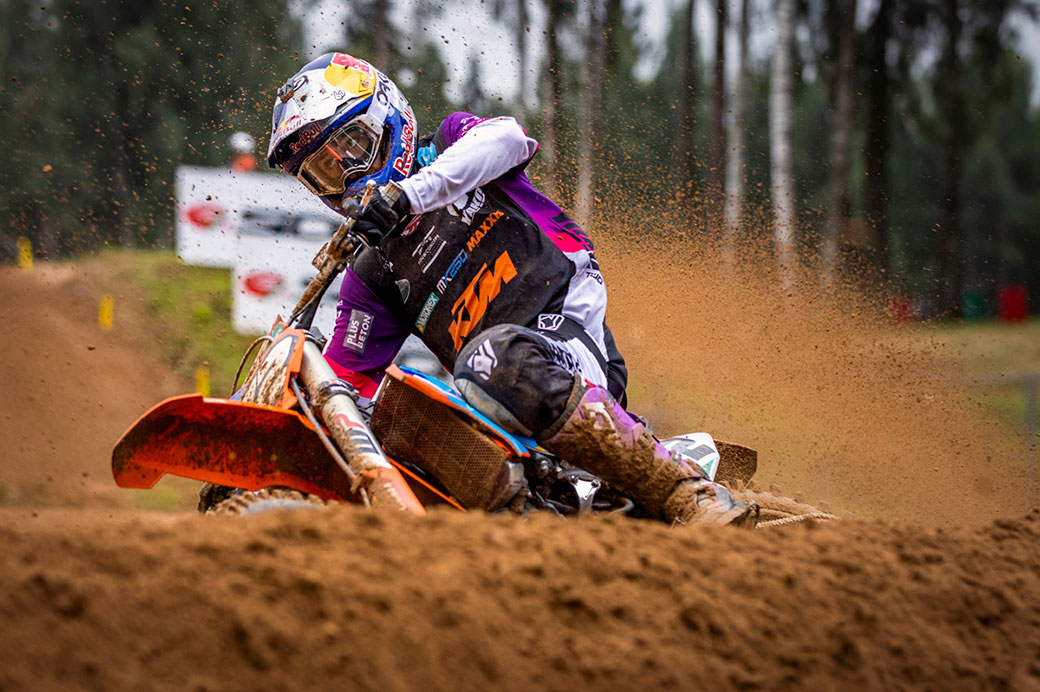 Within a few laps, he had regained more than 10 positions. Sadly a big crash would end his push to the front. “A few laps in the second moto I had a massive crash,” said Everts. “Besides the time I lost by the crash I also needed to deal with a bike that was all bent up. If you look at it I still came awfully close to scoring points. Maybe. No not maybe, most certainly the most important point is that I walk away uninjured after such a huge crash.”

Liam would cross the finish line in 22nd position. However due to the damage on his bike, exhaust included, he failed the post-race noise inspection. The penalty was a loss of five places, which dropped Everts back to 28th place with a 12th overall.

In the EMX250 championship standings, he’s still in fourth with 108 points. 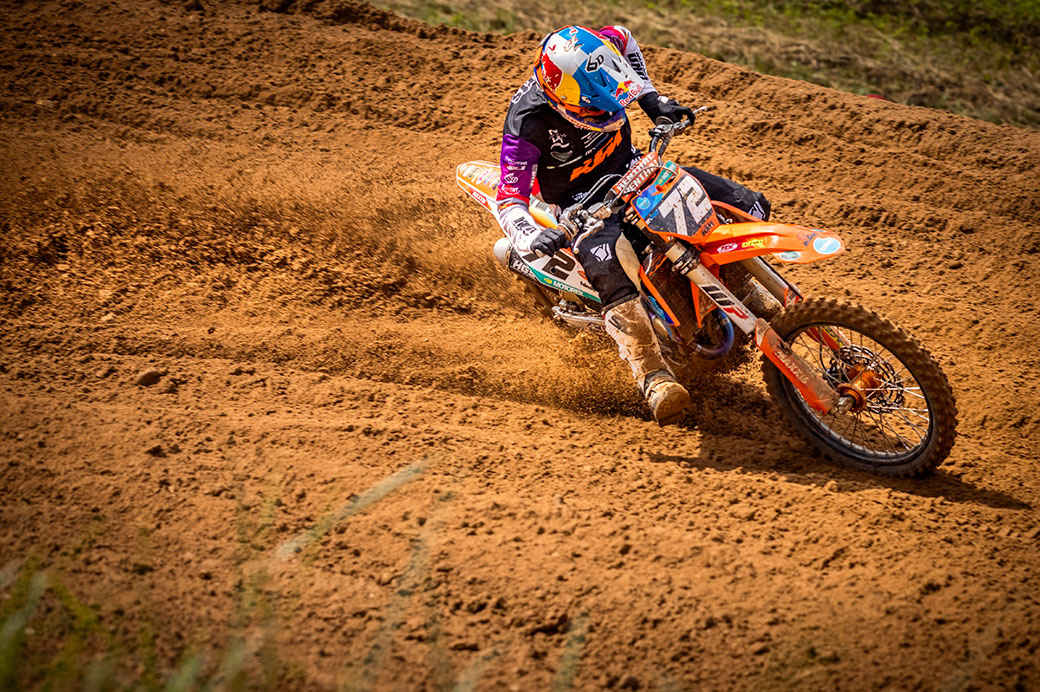 “Just too many mistakes this weekend,” added Everts. “Speed was great just have to get the hole puzzle together. I’ll keep working and get the puzzle together on to the next – thanks everyone for your support and birthday wishes.”

The next race will be the Belgian classic in Balen at the Keiheuvel.