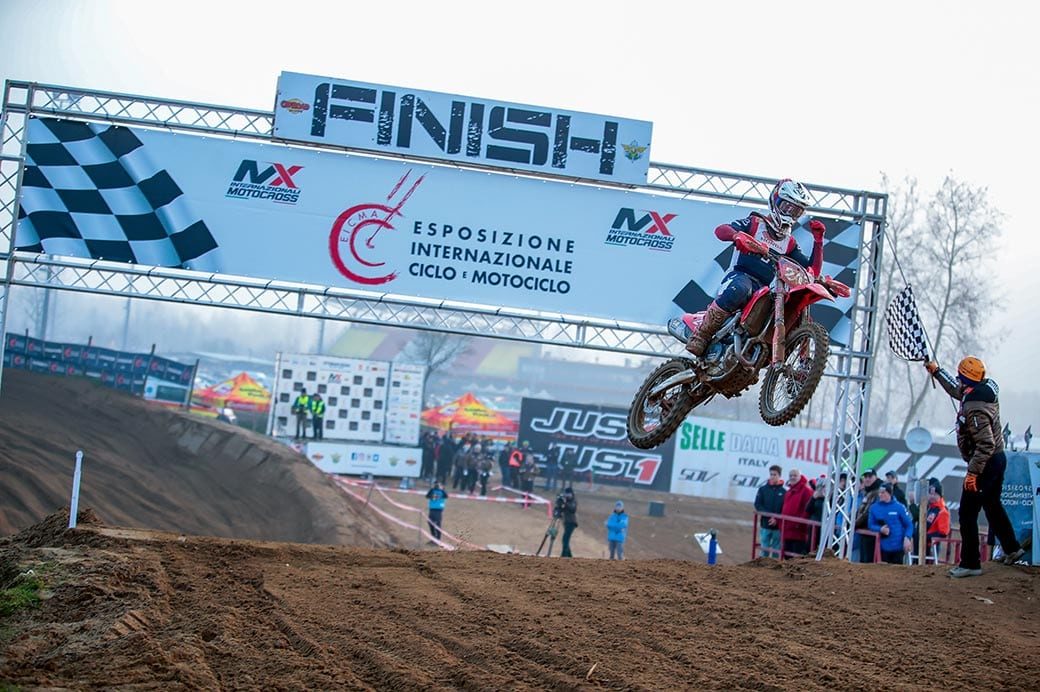 International motocross makes a welcome return this Sunday, February 28 with the opening round of the Internazionali d’Italia MX at Riola Sardo on the island of Sardinia.

Related: Guide to 2021 Alghero – Internazionali d’Italia – how to watch, riders and more

The prestigious Italian series — postponed by a month because of the revised 2021 MXGP calendar — is still on, and will focus on the island for the first two rounds. This should aid the preparation of FIM Motocross World Championship teams and riders.

The Italian international championship is the perfect opportunity for riders and teams to benchmark their pre-season progress as they get ready for the tough MXGP season ahead.

The first round will start on February 28 from Riola (OR) in the now tested and “feared” sandy hell of the Crossdromo Municipale “Le Dune”, then riders and teams will move to Alghero (SS), the capital of the Riviera del Corallo, where on March 7 the riders will return to challenge each other on the technical ups and downs of the “Lazzaretto” track.

The grand finale will be held on the well known sandy track of Città di Mantova, on March 14.

Although we’ll miss a fair few heavy hitters this weekend, the rider line-up is still very strong — certainly enough to wish Sunday would hurry up, already!

There are many official riders and factory teams registered with the series, and some will use the Internazionali d’Italia as their debut. You can see the list of pre-entries at the foot of this page, but don’t expect them all to rock up — every international will have no-shows.

Let’s take a look at some of the key players…

Among those who are lined up at the starting gate of this edition of the Internazionali d’Italia MX, Jorge Prado, will be surely one of the stars of the class, riding the KTM 450 SX-F of the KTM Red Bull Factory Racing Team. The Spaniard, who has only just turned 20, is already a two-time world champion and was starting to look very useful on the 450 before getting injured last year.

He’s my tip for this weekend, which has just cursed him — sorry about that Jorge.

Romain Febvre, who jumped on the Kawasaki a year ago, with whom he seems to be perfectly at ease, will certainly be among the Prado’s toughest opponents.

His team-mate Ivo Monticelli will make his debut in Sardinia on the factory KX450. And Glenn Coldenhoff is another who will make his team debut after moving to the Monster Energy Yamaha MXGP team.

We will need to wait until the Alghero race to see the complete Dutch team at work, with 2020 vice world champion Jeremy Seewer who will compete alongside Ben Watson, making his highly anticipated debut on the 450.

Another pairing in the spotlight for the series is the official Husqvarna factory outfit managed by the IceOne team. Although racing for Arminas Jasikonis is not yet on the cards, after the horrible crash of last year — he’s not yet sure when he’ll return to action — it’s reported that he’ll be there with the team. As too will his team-mate Thomas Kjer Olsen who makes the step up to the big boys class, and we can expect to see the Dane make his 450 debut at Riola.

Jeremy Van Horebeek will be on his brand new Beta 450 managed by the Italian team SDM Corse, as too his team-mate Jimmy Clochet, while Alvin Ostlund will make his debut in MX1 on the Yamaha.

Among the Italians, Alessandro Lupino will make his debut on Team Marchetti’s KTM 450 SX-F and Samuele Bernardini on his brand new Honda.

Michele Cervellin and Henry Jacobi, riding the Honda CRF450R of the Jacky Martens team in 2021, are still waiting to come back racing.

What about Tony Cairoli and Tim Gajser? Cairoli’s debut is still uncertain after knee surgery and reigning champion, Gajser has confirmed he will not race the series — choosing to focus on further training and testing with the team after MXGP delayed the start of the season.

In the 250 class, all eyes will be on Mattia Guadagnini who, riding the KTM 250 SX-F managed by Claudio De Carli’s official KTM Red Bull team, will be racing for the first time on the factory KTM in MX2.

For the Italian, the challenge is against the Yamaha YZ250F factory machine of Jago Geerts and Maxime Renaux and the reigning EMX250 Champion Thibault Benistant.

There’s also a large group of GASGAS riders, led by Alberto Forato, debuting on the MC 250F and managed by the SM Action Yuasa Battery Racing Team. He’ll line up alongside the Norwegian Kevin Horgmo and the young Sicilian Andrea Adamo.

Among the rookies on the 250 four-stroke, the young Swede Max Palsson, riding the KTM 250SX-F of the KTM Beddini Racing Team, will race for the first time in the MX2 class, while Jan Pancar with the KTM Racestore team continues his adventure on the 250.

Also, the Fantic 250 XX two-stroke of the Maddii team with Nicholas Lapucci and Maximilian Spies will be on track, while the Honda of the 114 Motorsport team with the new rider Ruben Fernandez, the young French Axel Louis and British MX2 hope, Joel Rizzi.

The F&H Kawasaki Racing Team will participate only in Mantova, when they will field Mikkel Haarup, Roan Van De Moosdijk and Mathys Boisrame. Tim Edberg will be on track with his Yamaha, as too Pietro Razzini who will debut on the Yamaha managed by Ghidinelli.

The 125cc name list is full as always with many riders registered and many EMX125 top riders will be lined up at the starting gate of the first race of the year.

Ivano Van Erp will be at the starting gate with his Yamaha 125 factory managed by Yamaha Europe MJC. Valerio Lata, team-mate of Alessandro Lupino in the KTM Marchetti Racing team are all set for the series.

The official Fantic bikes are signed up with Hakon Osterhagen and Matteo Luigi Russi, as well as many other Italians, like Ferruccio Zanchi, Edoardo Volpicelli, Samuele Pulvirenti, Fabio Massimo Palombini, Andrea Rossi, Daniel Gimm and many others — all ready to crowd the Riola Sardo starting grid.

Sadly, due to the current public health situation, there will be no fans in attendance to watch some of the world’s best motocross pilots bang bars around the sandy circuit.

Thankfully, organisers have found a way to make the EICMA series happen, which includes access to live streaming of each of the three rounds, which can be purchased for only €5.49/£4.99. Live streaming starts Sunday, February 28 at 12:15 UTC.

In previous years, live streaming was available free of charge, but unless your Italian language skills were up to a high standard, you had to tune out the live blow-by-blow account and just enjoy the on-track action. Although the live stream is no longer free, you do get a choice of either Italian or English commentary this year. That’s super cool and I know which option I’ll be going with!

And seriously, you should consider dropping a small amount of readies on this too. It’s tough times for everyone right now and motocross is certainly not immune from financial strains. If you can, give it a helping hand. 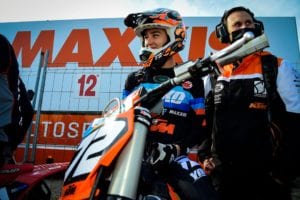 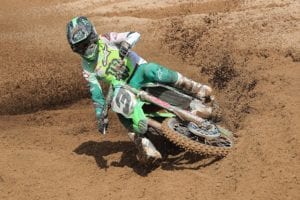 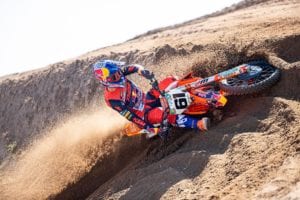 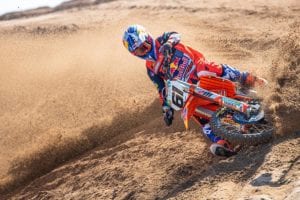 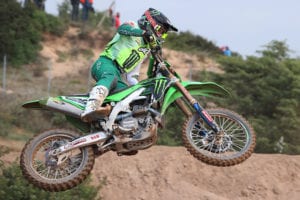