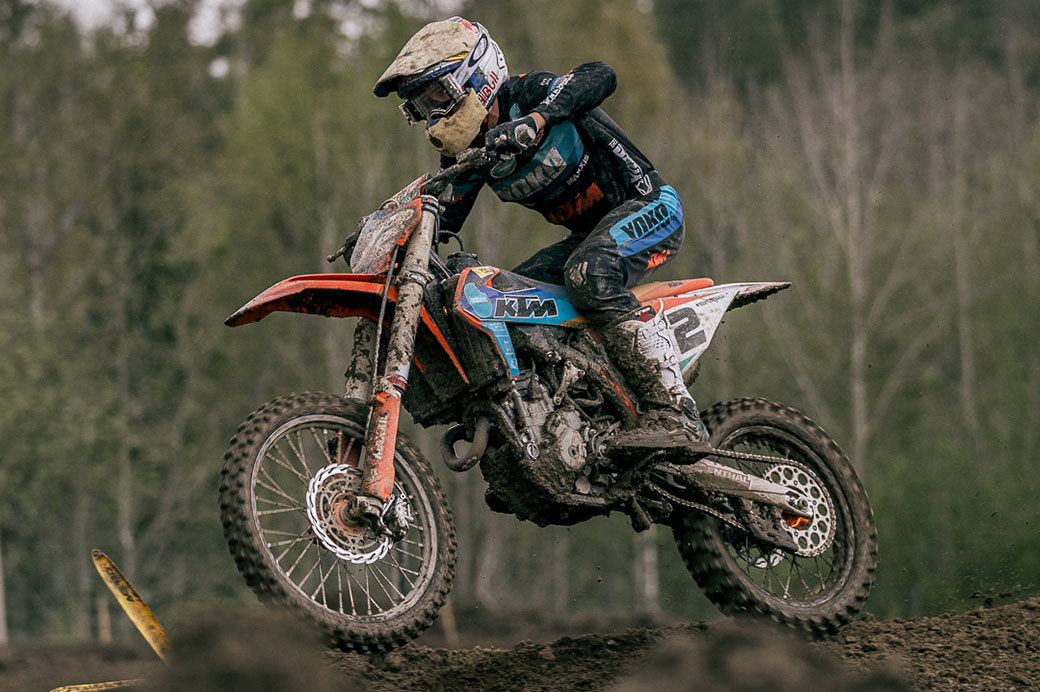 Last weekend Liam Everts was on the starting list for the third and fourth race of the Swedish championship. Both races held at the iconic Uddevalla track.

The young KTM rider started his weekend with a sixth place in the timed qualifying sessions. But this more than decent qualifying result did not manifest itself into a great start in the first heat. Quite the opposite happened. Just a few meters over the starting gate Liam touched a fellow competitor and lost all his momentum, and started mid-pack.

After some smart moves Liam found himself already in 11th position after one lap. In the following laps he kept digging and made good progression towards the front. Liam races with flair, confidence and good lap times towards a well-deserved fourth place.

For the second heat, the track got transformed into one big mud pile. In these conditions the start is crucial, but Liam made a great start and came through the first corner around fifth position. After a few laps Liamski took the third place firmly in hand, but being one of the riders who excels in these conditions he kept pushing.

At the end of the race, Liam listed lap times that were faster than anyone on the track. Gaining sometimes more than five seconds a lap on the rider in second position — it gave the youngster wings!

He closed the gap and with only three laps to go completed a successful pass for second place, and would hold it until the chequers. This second place combined with the fourth from heat one resulted in a well-earned third overall. 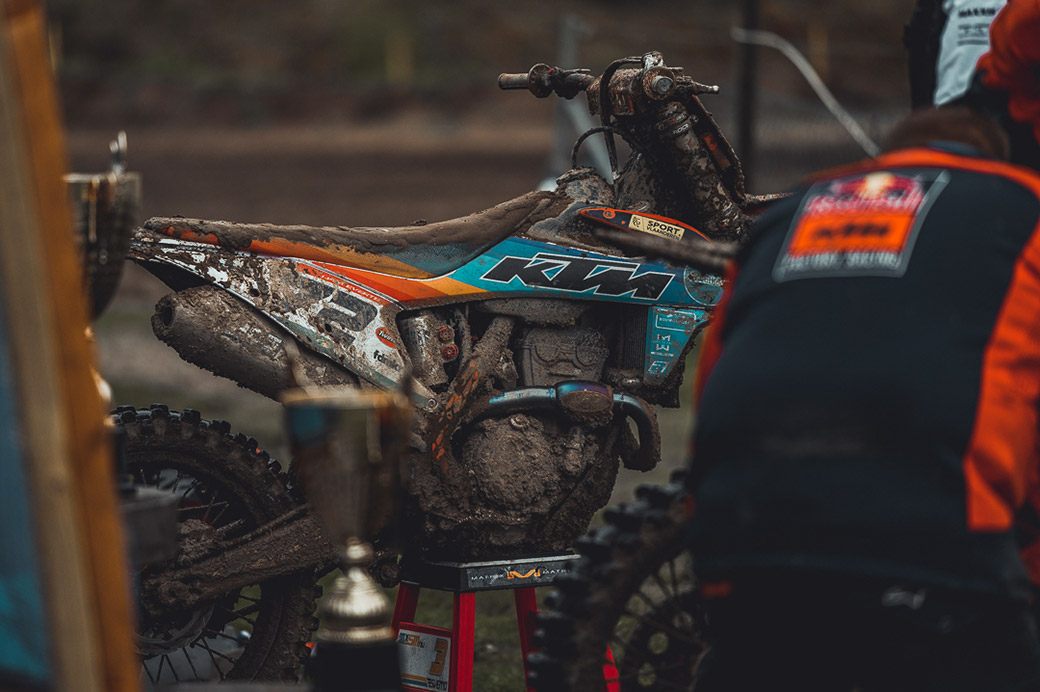 On the second day, Liam clocked the fasted time in his group. This gave him a great starting position. After a decent start the Foodmaker supported rider ran into trouble with Jed Beaton, which would result in falling back to the last place.

Yet again Liam showed his growing maturity, keeping his riding clean and fast. Halfway into the race he found himself already in 12th position. But Liam dug a little deeper and finished the race with a hard-fought seventh place.

When the starting gate fell for the second heat on Sunday, Liam made a great start — coming through the first corners in fifth. This great start resulted in him being in the middle of an interesting battle for fourth and fifth. A battle he seemed to be winning.

As well as the news from the Swedish championship, Liam also enjoyed extra-sportive news. Everyone who saw the Belgian TV show the ‘Container Cup’ knew that Liam only needed to succeed in two exams to graduate. Now the Evert’s family can announce that he has succeeded with Liam receiving his diploma TSO Sport at just 16 years old!

Liam is in action again this weekend (Sunday) as a wildcard entry for the Lyng round of the Revo ACU British Motocross Championship.