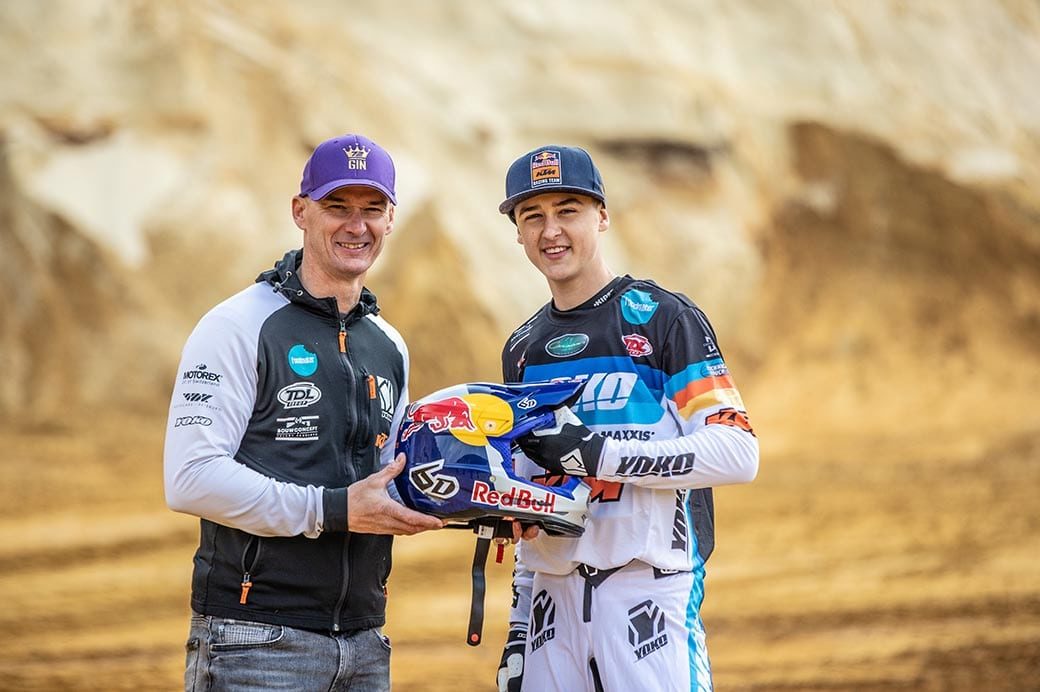 The Everts name carries a certain status in motocross circles. Harry Everts was a four-time world champion, while son Stefan clinched the world title on 10 occasions across four different classes.

Now a third generation of the Belgian family, sixteen-year-old Liam, has begun his quest to make his own mark in the discipline and continue a stunning family affair in the sport.

Bearing the Everts name is something special. How do you handle the pressure?

Liam: Sure, my last name brings pressure with it. But once I start racing, I disappear into my bubble and only focus on myself, my bike and the circuit. But it remains something special.

Stefan: I have mixed feelings about it. On the one hand, I’m proud about Liam following not just in my footsteps, but his grandfather’s, as well, keeping the Everts name alive in motocross but, on the other hand, I’m also very aware of the risks our sport entails. I do worry, believe me, and I don’t want him to get seriously hurt.

Is your father a strict tutor?

Liam: Dad is someone I look up to tremendously but he’s still my father. He is strict when he needs to be. He puts me in my place every now and then when I do something wrong. Then it’s up to me to draw lessons from those negative things and to try and prevent them the next time.

Stefan: I mentor Liam in everything he does and try to avoid risks as much as possible. From his very first day on a bike, I have always prioritised safety. I always give him my honest opinion, we work on his weak points together and avoid going too fast. I don’t want to put any extra pressure on him because it’s there already. I know how it feels. My father was a household name as well. And him and me also approached the whole thing in a very steady manner. As a result, I was able to perform at the highest level for a long time.

Is Liam destined to beat your 10 world titles, Stefan?

Stefan: It would be wonderful if he would ever become world champion. Three generations … that’s unprecedented! I really do hope so. But equalling his grandfather’s tally would also be an amazing achievement.

Liam: The goal is to build, which won’t be easy, since a lot of riders are returning from MX2 to EMX250. It’s going to be very hard. But I’m pretty sure that patience and hard work will put us on the map. Everything’s there. It’s only a matter of time before we start laying the puzzle and have every little piece fit.

Stefan: There’s a lot of work ahead of us, obviously. Liam needs to gain a lot of experience still, and learn to perform better under the pressure his name brings. But the passion is there, along with the hard work and the discipline. He also has the feeling, the talent and the insight embedded in his DNA.

You’re riding in a higher class this year, the EMX250. Feel up to it?

Liam: Yes. A higher class this season. The motivation is there, we just have to sit it out a little while longer before we can get going again. Which means training hard now, and pulling out all the stops in the competitions!

Stefan: It’s important not to go in with too great expectations because you’re only going to get disappointed. If we’re being realistic, we should be aiming at a place in the top five. And, who knows, something unexpected may happen once in a while. It’s going to be one hell of a ride!

Liam: I’m putting in a lot of hours in Belgium and the Netherlands to feel as comfortable as possible on my bike, to boost up my speed and come to the starting line fully prepared when the gate finally drops again. My arm is fully healed. It doesn’t trouble me anymore. The little metal plate is still in but we decided to have it removed after the season ends.

Stefan: We’re making headway on all fronts. Liam is slowly becoming a young man now, and over the past year he’s taken some giant steps, both mentally and physically. Our plan? To be patient and let all things come in good time. The last thing I want is for him to suffer a severe injury in the development phase of his career. His most recent fall wasn’t his fault but a technical problem with the bike. As a pilot, it is crucially important to realise that. Because he’s put in so many training hours and kilometres during these past years, too. 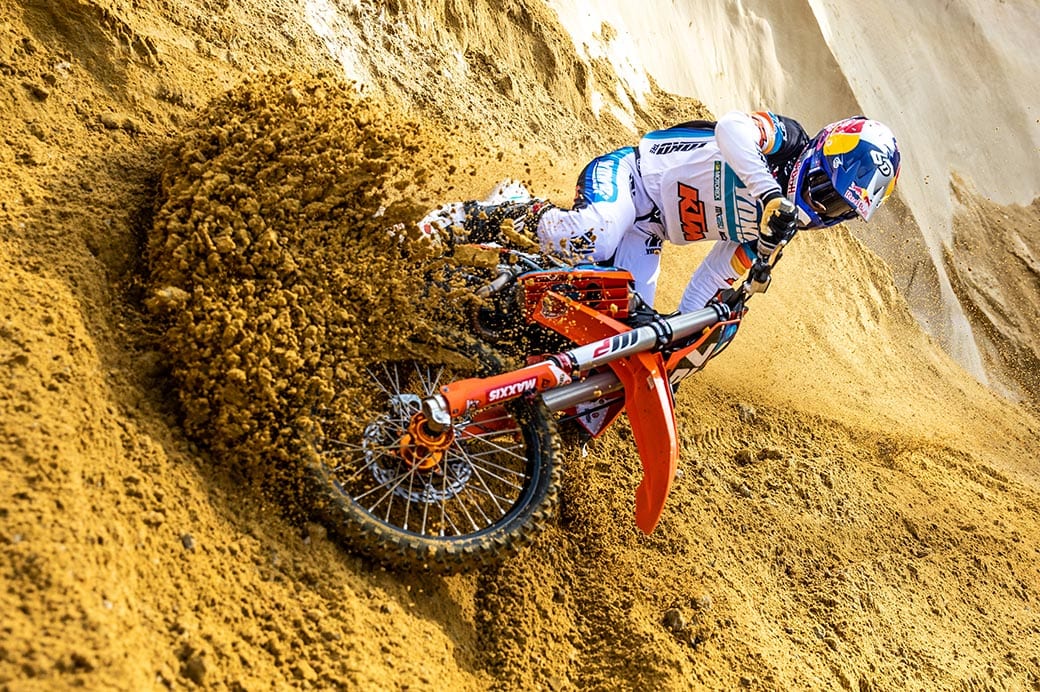 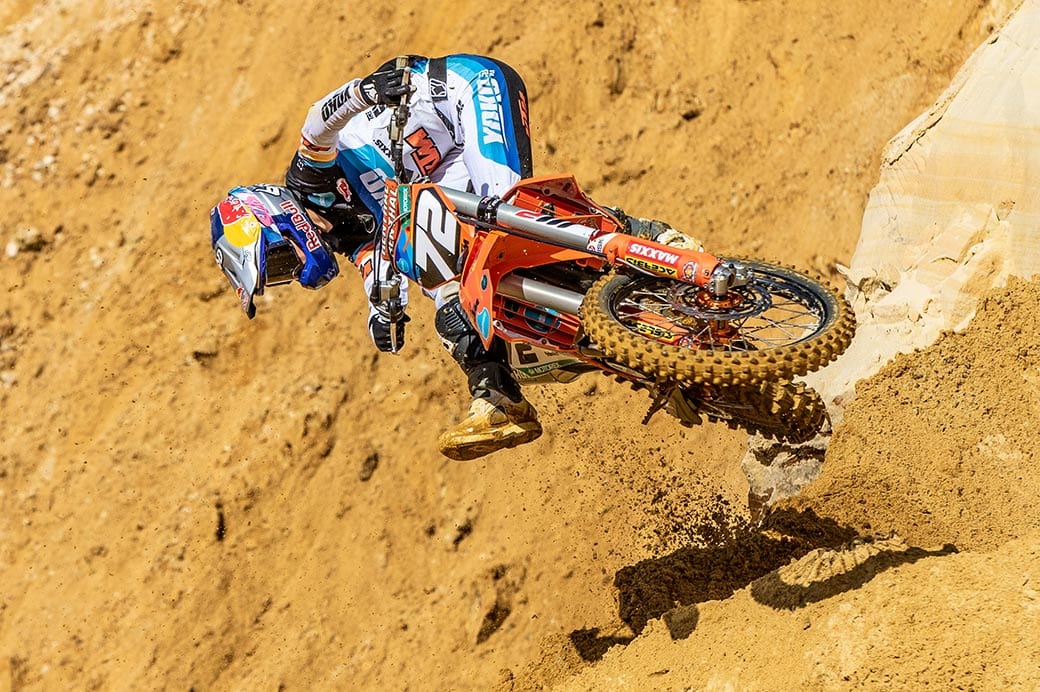 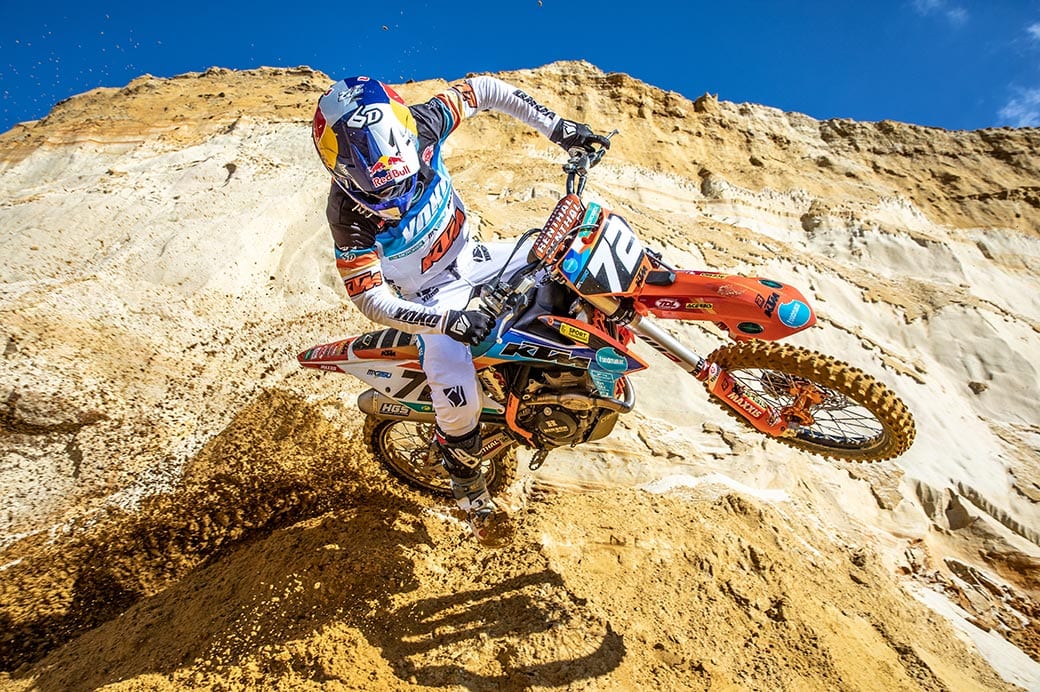 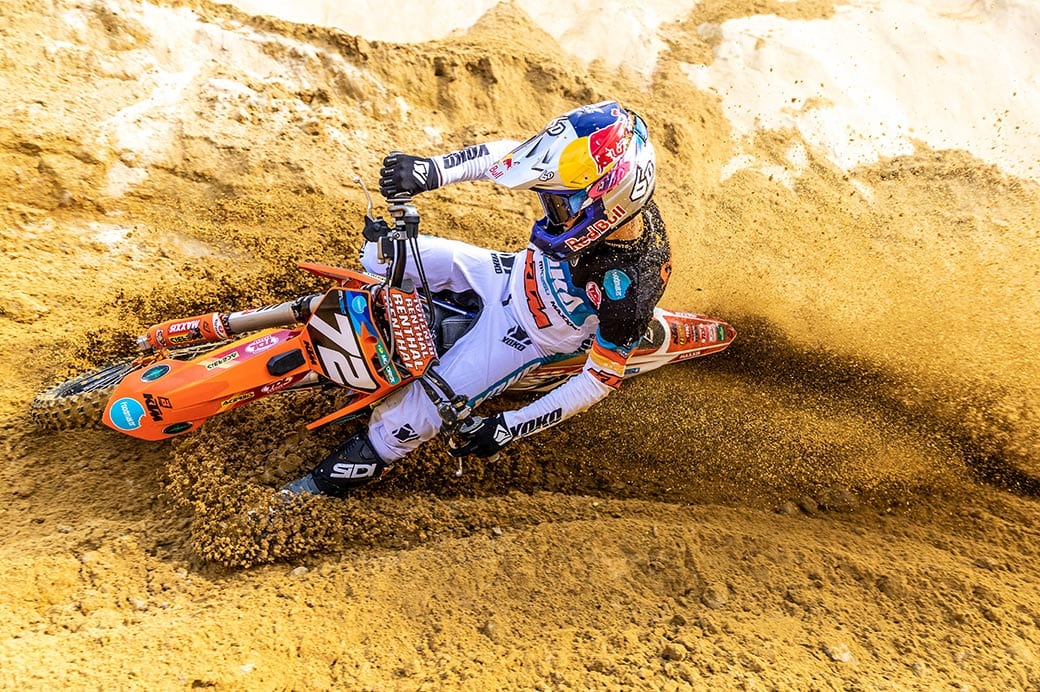 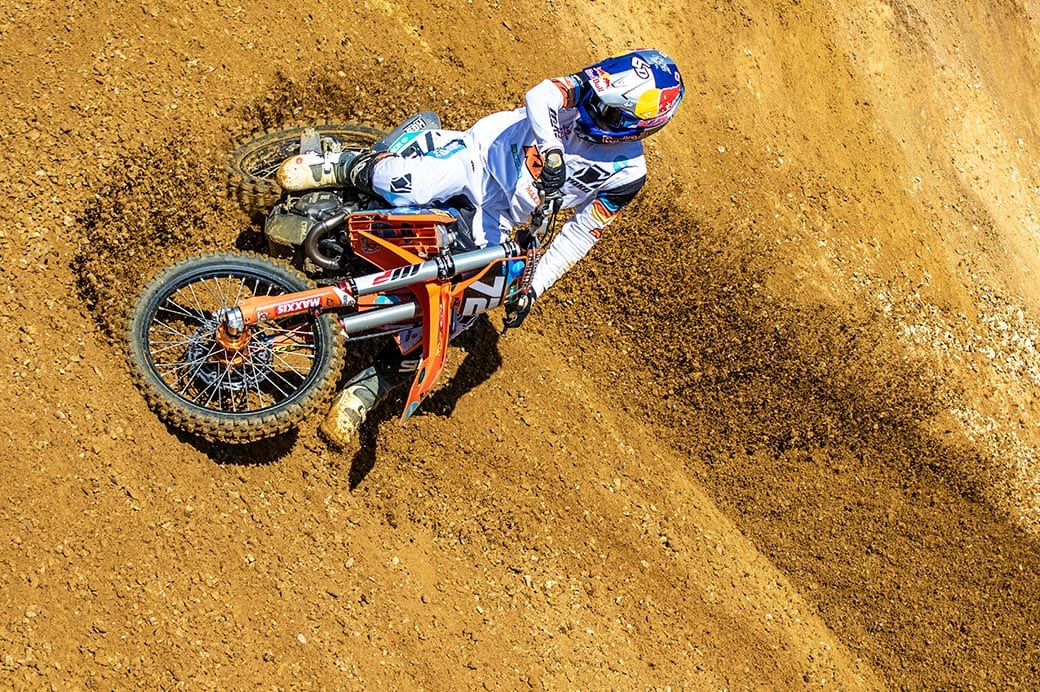 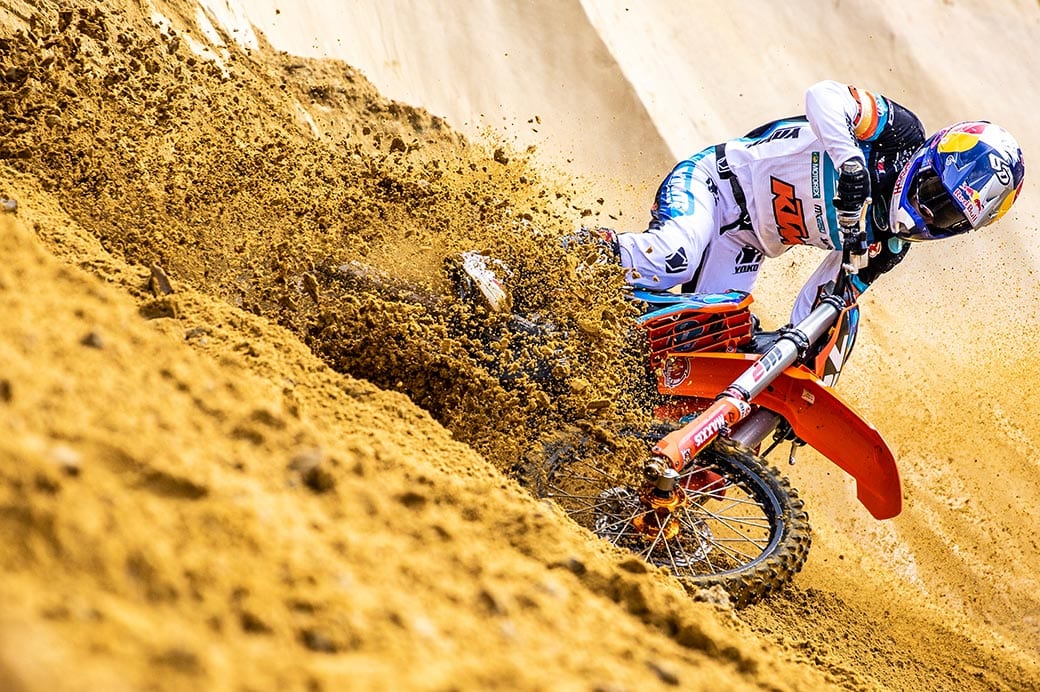 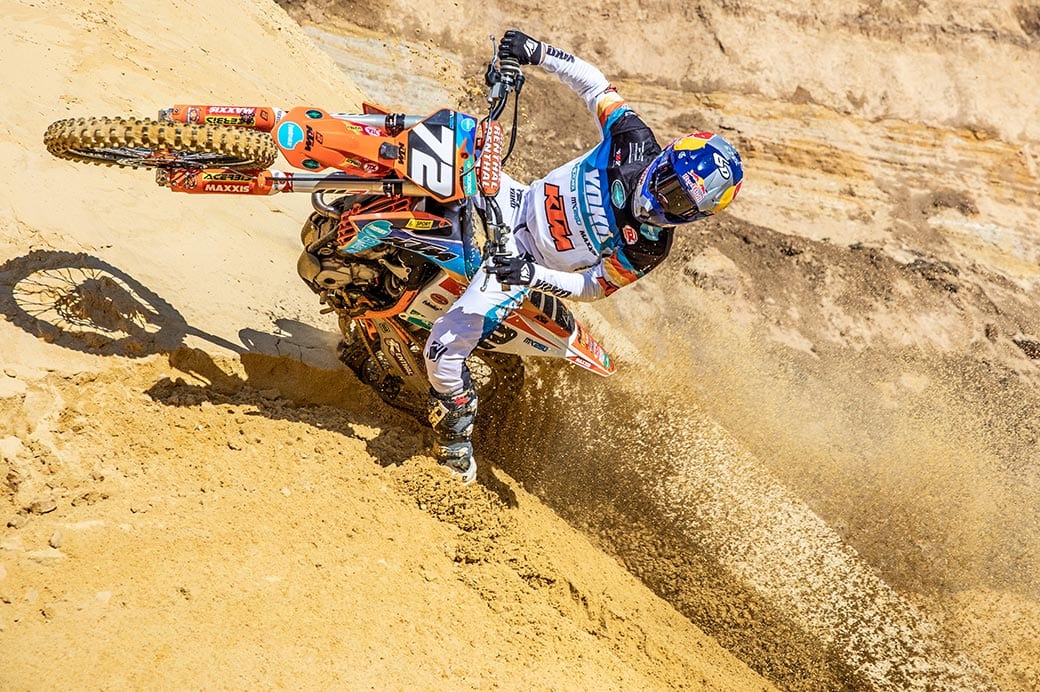 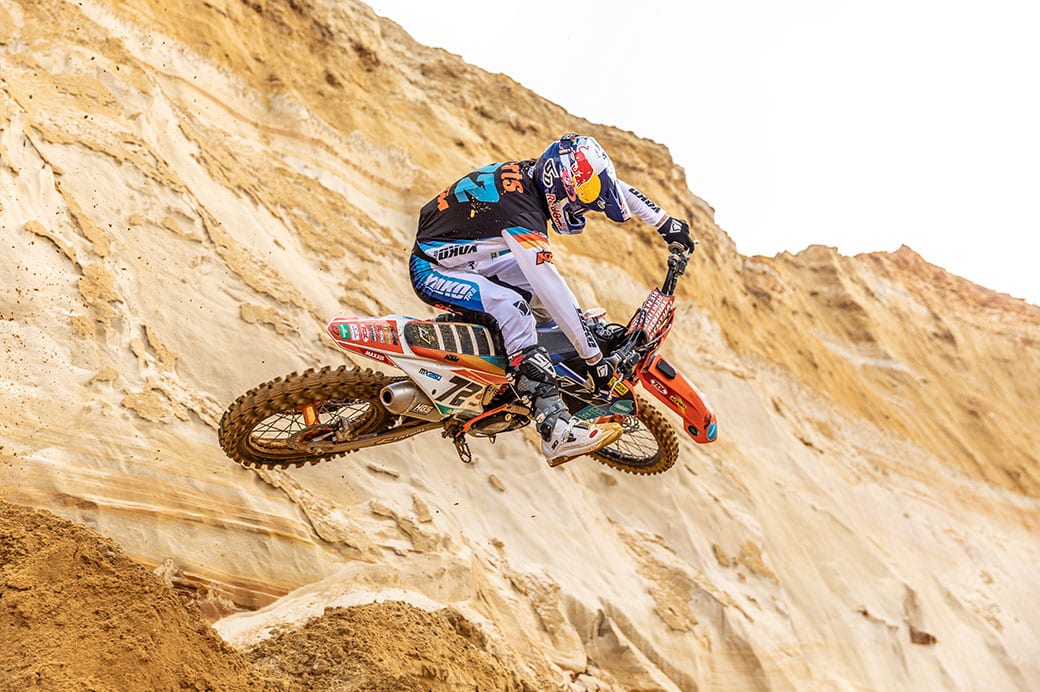 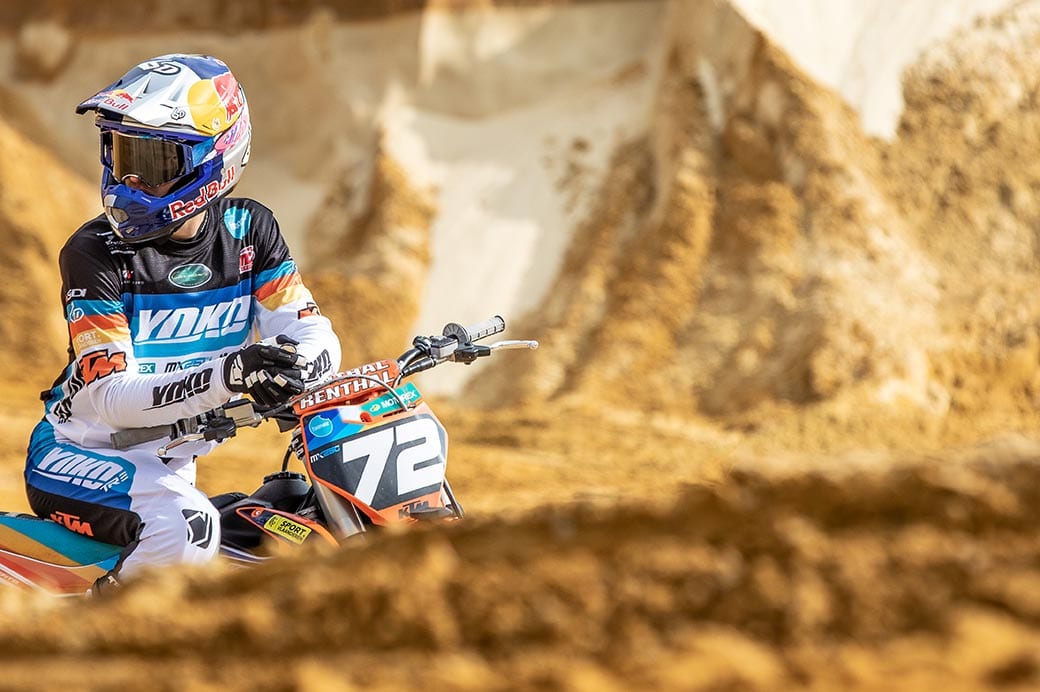