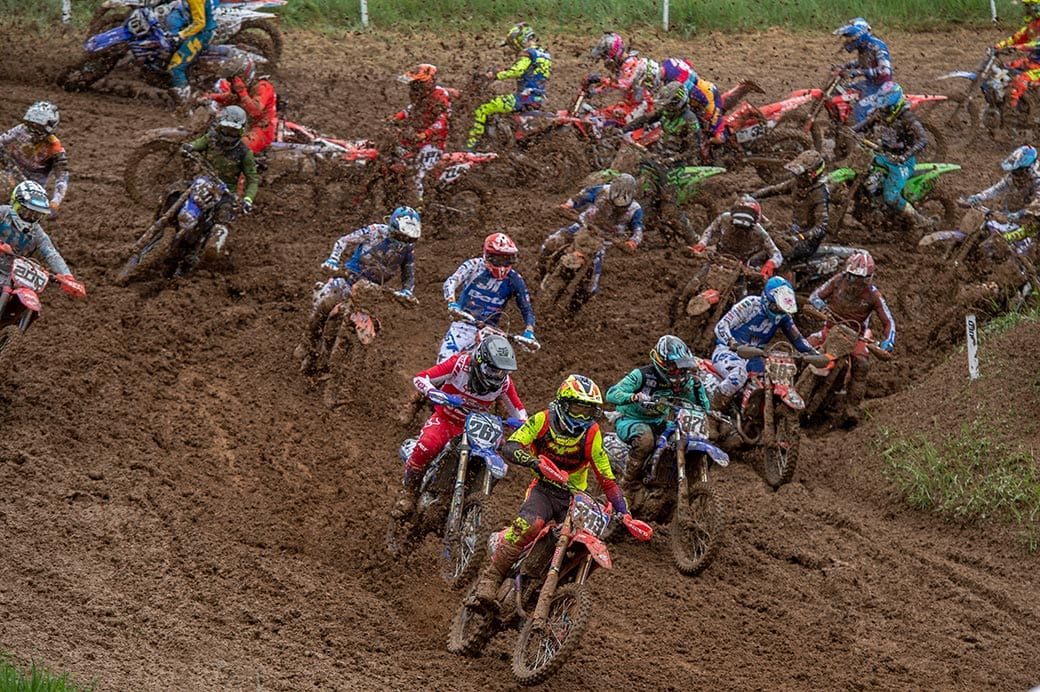 Team HRC’s Tim Gajser took two convincing moto victories as he swept to a one-one overall at the first round of the Italian Championship, hosted by Maggiora Park, the famous circuit which has returned to race usage only recently.

The Honda CRF450RW rider took two holeshots and never looked in any trouble in what were difficult conditions at the hillside venue. 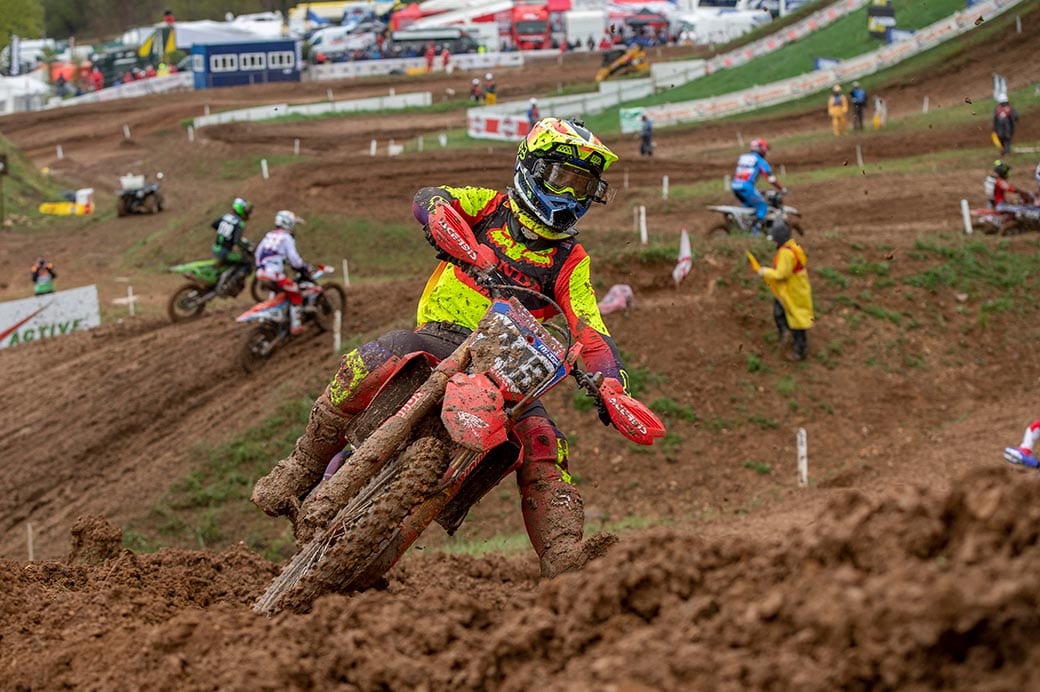 The track was perfect on Saturday when Gajser took first gate pick with the fastest qualification time, but overnight rain caused the first race on Sunday to be muddy and extremely slippery, making the start crucial in order to maintain clear vision and avoid other riders as they struggled to navigate the terrain. 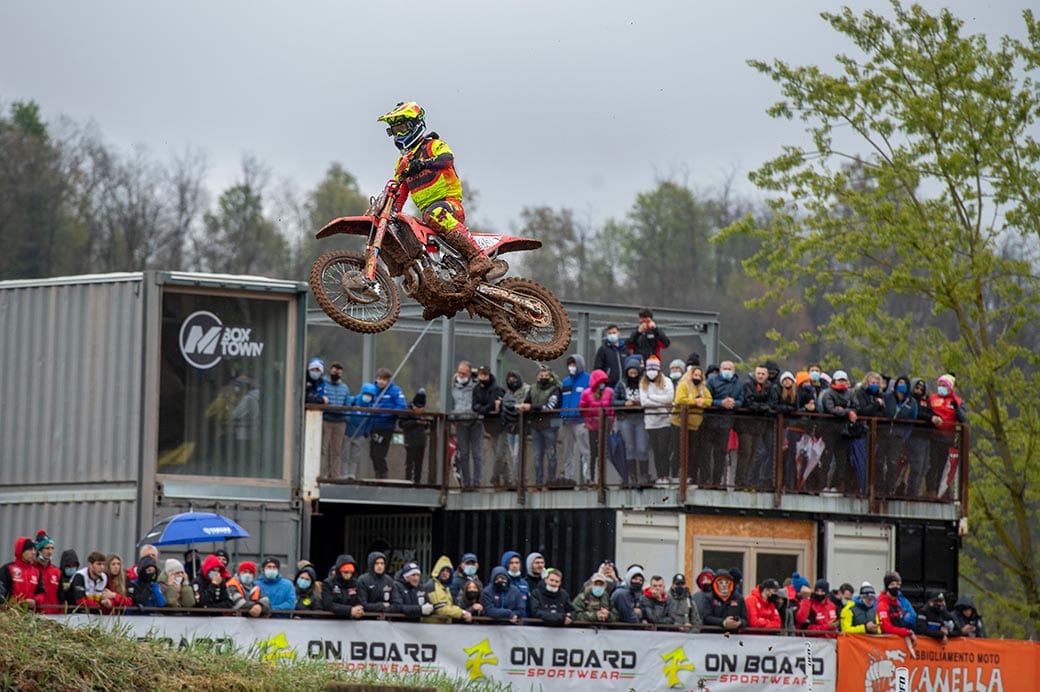 After just one lap in both races, Gajser was over four seconds ahead and he kept pushing, eventually winning by 47 seconds in race one and then 28 seconds in race two as the track hardened up and became a bit one-lined.

Still, despite the ease of the victory, it was good for the reigning MXGP world champion to get a couple of competitive starts under his belt and get himself back into race shape, for when the 2021 world championship starts in Russia on June 13. 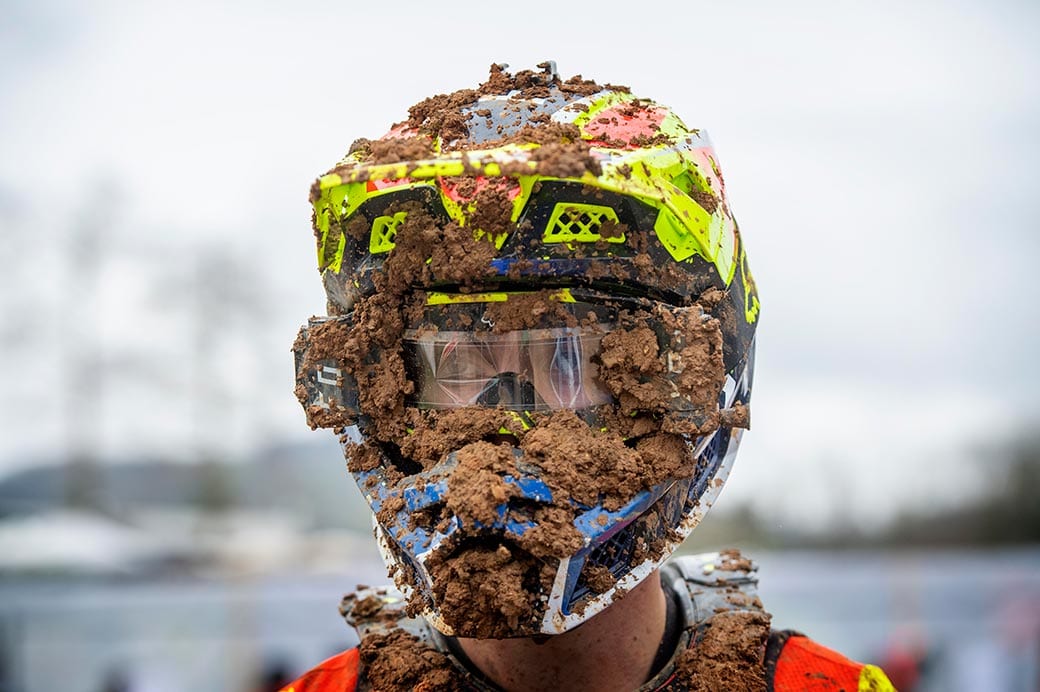 Tim Gajser: “I’m happy to be here at Maggiora and to take the victory. It was nice to start racing again and just get that feeling back of being behind the gate, because this was my first race since the MXGPs finished in November and I need a couple of races to find my rhythm.

“I didn’t get the best jump in the first race but I was able to still cut across the inside and come out with the holeshot, and try to push to get a good lead and not make any mistakes in the muddy conditions. 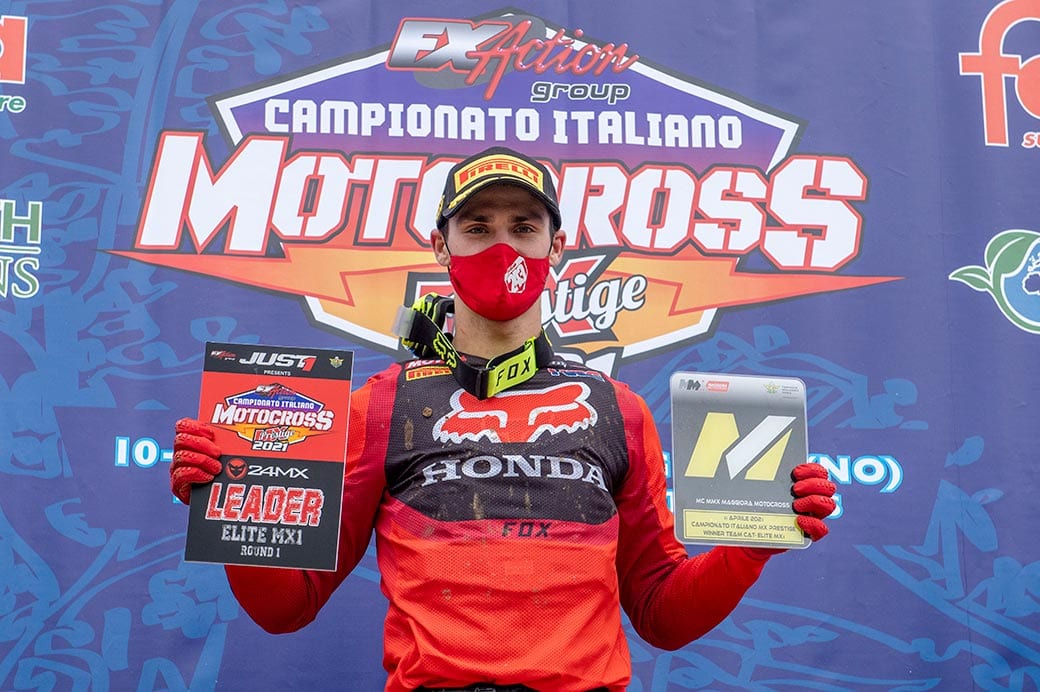 “I got a much better start in race two and again got the holeshot, and while the track was easier, it was harder to get around the lappers because there was one dry line and so I didn’t want to take too many unnecessary risks when passing.

“Overall, it was a good day and it was great to see Maggiora back holding motocross races again and looking really nice. I truly hope we can come back here in July for the MXGP round and fingers crossed the weather will be nicer.”

HRC General Manager – MXGP, Marcus Pereira de Freitas: “Maggiora was a good opportunity to get back into racing without too much pressure, but still with some other good quality riders. There is also a planned MXGP here on July 4th so we decided that it was a good fit for Tim, to see how he is progressing on a track that he’ll be racing on in less than three months. He put in two good motos, in two different conditions and we are pleased how smooth and consistent he looked. It was good to be back at Maggiora and we look forward to racing here a lot in the future.”