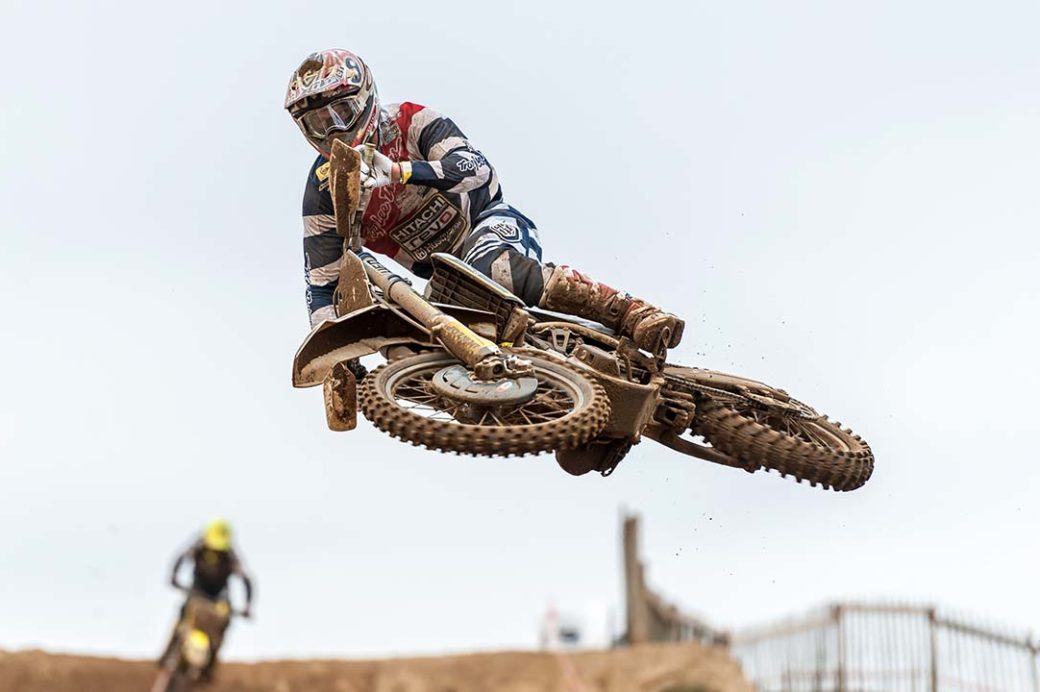 On the back of his strong start to the 2016 season, including a podium finish at the opening round of the Maxxis ACU British Motocross Championship, James Dunn will step in for the injured Ben Watson in the MX2 class of the FIM World Championship.

With Ben’s foot injury slightly worse than originally thought the team will give the promising young Brit a chance to develop and hone his talent at the top level, starting in Latvia next weekend!

Ahead of his first GP, James and the team travel to Canada Heights this weekend for round two of the Maxxis series. Currently sitting third in the points standings, a good result this weekend will further boost James’ growing confidence.

James will then compete in the next three GPs run over consecutive weekends with the Latvian round followed by Germany and then Italy before he returns to the UK for round three of the British championship.

Team principal, Roger Magee said: “Sometimes in motocross we encounter bad experiences – Ben’s unfortunate injury is one of those situations. The main priority is for him to make a full recovery and not try to come back too soon, which would be detrimental to his long-term career. Until he is able to return, his MX2 world championship berth will be ably filled by James who has made a strong start to the 2016 season following his injury in 2014. We look forward to offering the team’s full support and we trust that he will embrace this opportunity.”

Mark Yates (REVO) commented: “I feel bad for Ben as he has had a good start to the season and was continually showing great progress. His injury suffered in Argentina was unfortunate but that’s racing and you never know what’s going to happen! I hope he has a speedy recovery but in the meantime we need to go racing. Roger and I spoke and we both thought it only appropriate to give James the opportunity to show his speed and ability at the top level. We know James will give it 100 per cent as proven with his 2016 season preparation! The team are fully behind James with maximum support and we all wish him the best of luck.”

James Dunn #200 said: “I’m very excited and pleased to get the opportunity to race the MX2 GPs thanks to Roger and to Mark at REVO. I look forward to the next few races!”