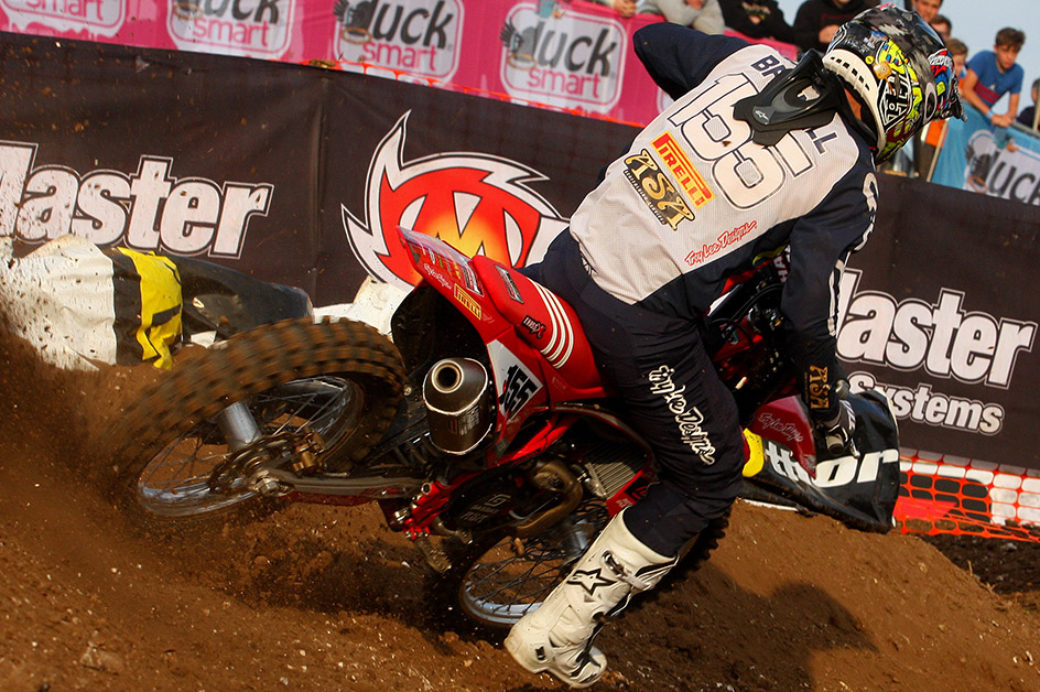 Played out in front of a huge crowd at the purpose-built Cusses Gorse SX track, Supercross came storming back to the UK last night with Steel Hawk Motorcycle Club’s Airborne Gunner Supercross, presented by Stunt Flying.

The crowd were treated to a veritable feast of action with Pro, Expert, and Clubman racers doing battle.

The Youth rode in the day but in the evening the Revo sponsored Adult event, the Pro riders were the main attraction as they fought it out over three motos and a Super Pole competition to decide the winner of the huge “Melvyn Brunell Memorial Trophy”, in memory of ASA GASGAS United rider Jack Brunell’s dad who sadly passed away last year.

Brunell was clearly in a determined mood and showed a clean pair of heels in each moto chased down each time by Adam Chatfield who was the fastest in the Super Pole.

Behind the lead pair was where the action was fast and furious with some fierce on-track battles taking place between Dylan Woodcock, Joe Clayton, Jamie Carpenter, Ben Clayton, Jordan Booker, Scooter Webster and Matt Bayliss. Joe Clayton edged out Woodcock for the final podium position.

So it was Brunell with the victory, fittingly winning the Trophy in memory of his Dad.

The stacked Expert class saw Veteran Neville Bradshaw take a popular moto one win on his Honda CR500 but track building extraordinaire Alfie Smith gained the upper hand in the other two races to win the overall ahead of Bradshaw, with Aaron Ongley rounding out the podium. 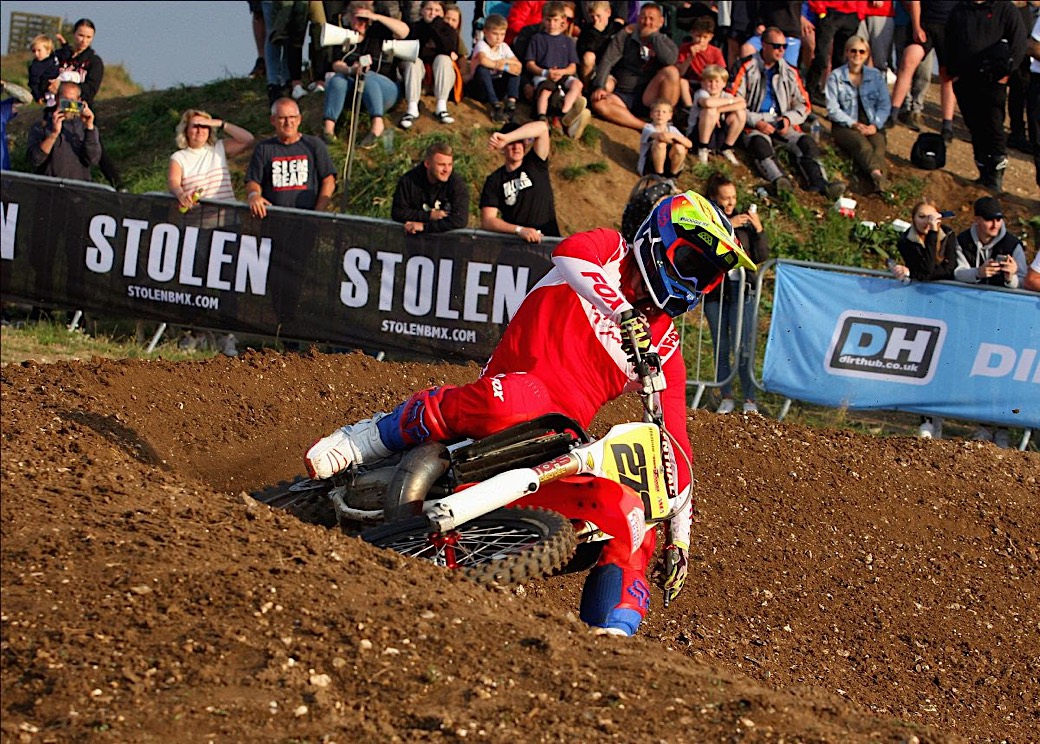 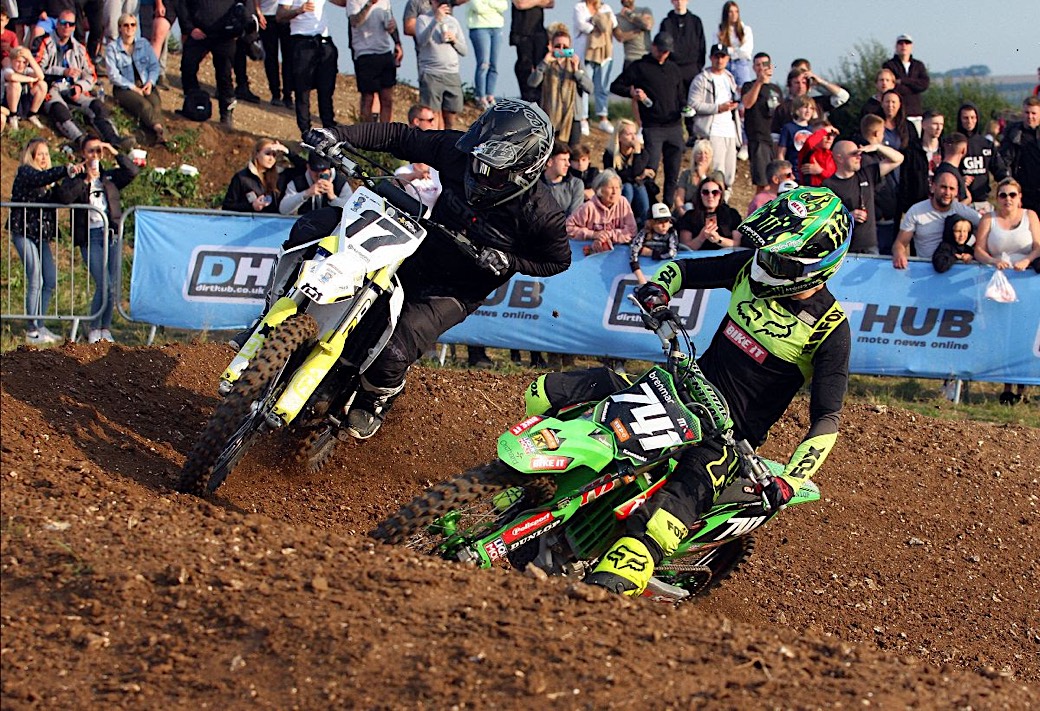 No 741 Gareth Padgett nudges out No 17 Alfie Smith in the Expert Open class (Image: Dave Rich)

The Clubman races were a lively affair and in MX1 Slade Pullin grabbed the overall with one moto victory while Luke Oldfield who took the chequers on two occasions was second. Ryan Johnson had a consistent evening and was rewarded with the third step on the box. 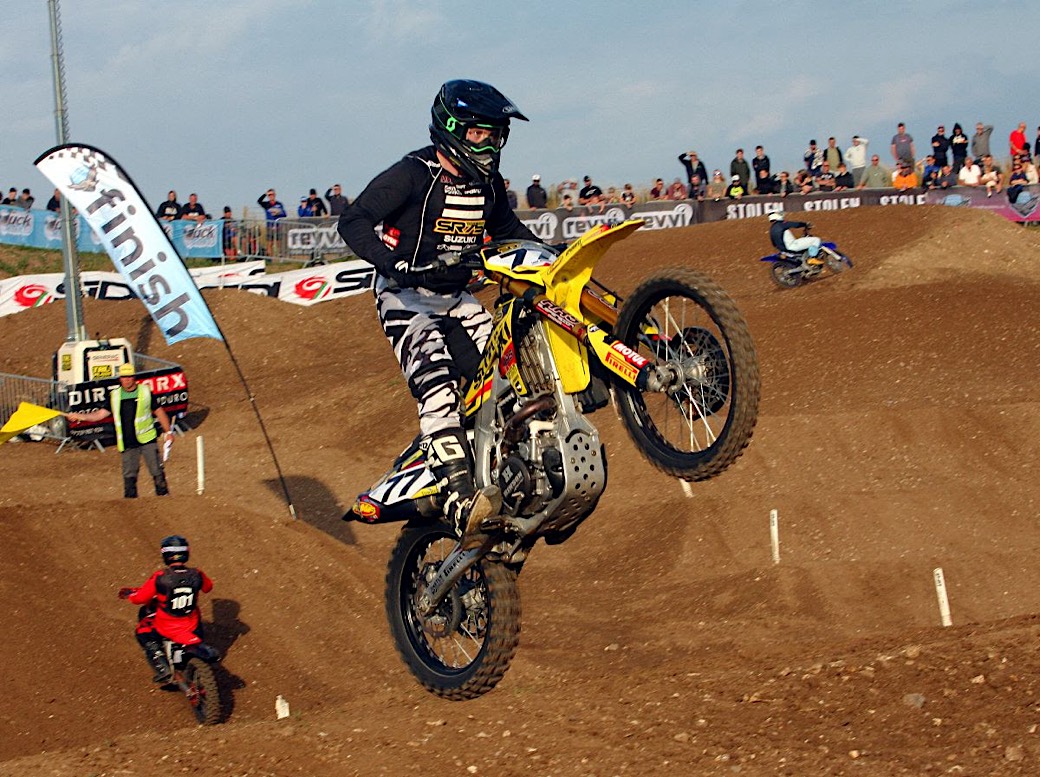 Bradley Doyle and Henry Siddiqui scrapped it out for the win in Clubman MX2 but it was Doyle with two wins who would take the victory over Siddiqui, and Mitch Young who recovered from race one bike issues to finish third.

The crowd participation reached another level as the Fox Whip competition whipped the audience up to a frenzy with Gareth Padgett getting the fans vote for the win. The evening was rounded out by a DJ, the presentations and a fantastic firework display.

Alongside the SX there was the Revvi Cup racing, which had everyone cheering as the little racers aged 3-6 – followed by their parents which were entertainment in itself – took to the adapted track on their Revvi Electric Balance bikes. The first-ever Revvi Cup Champions were Austin Senior in the 12″ and in the 16″ Jimmy Ball took the victory. 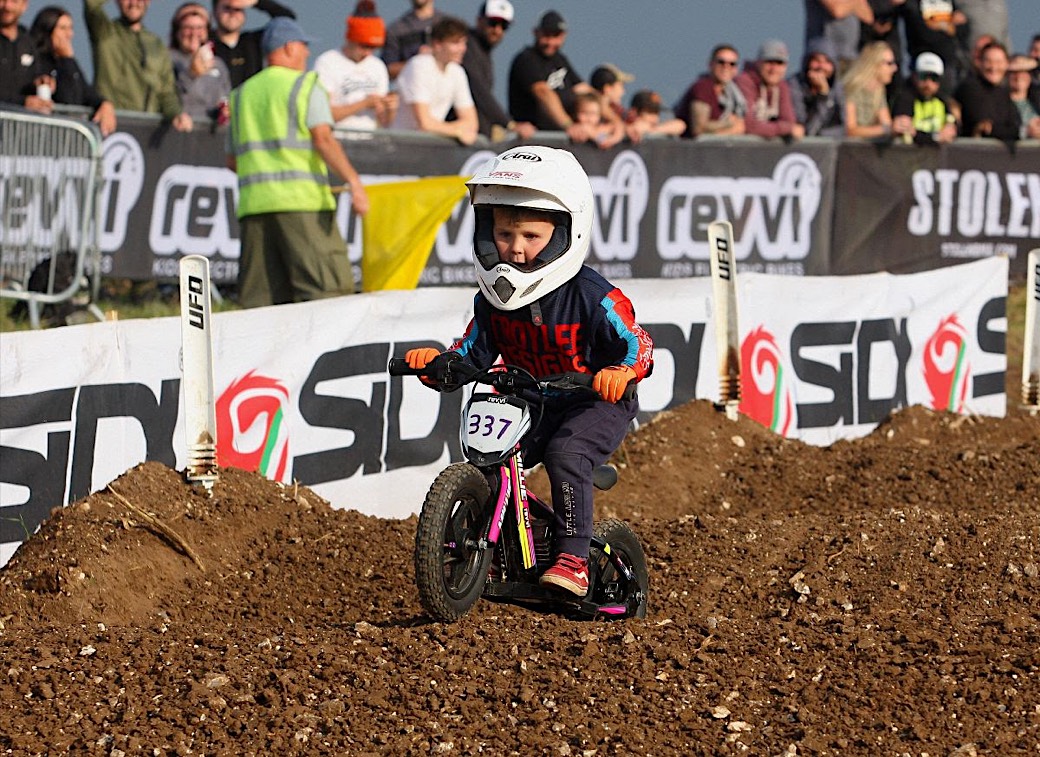 The Steel Hawk crew says British Supercross is back on the map with plans for more events in 2022.

“Steel Hawk would like to thank everyone who supported, sponsored, rode and marshalled at the event for all of their help and support,” said organisers. “The event wouldn’t be possible without them.”