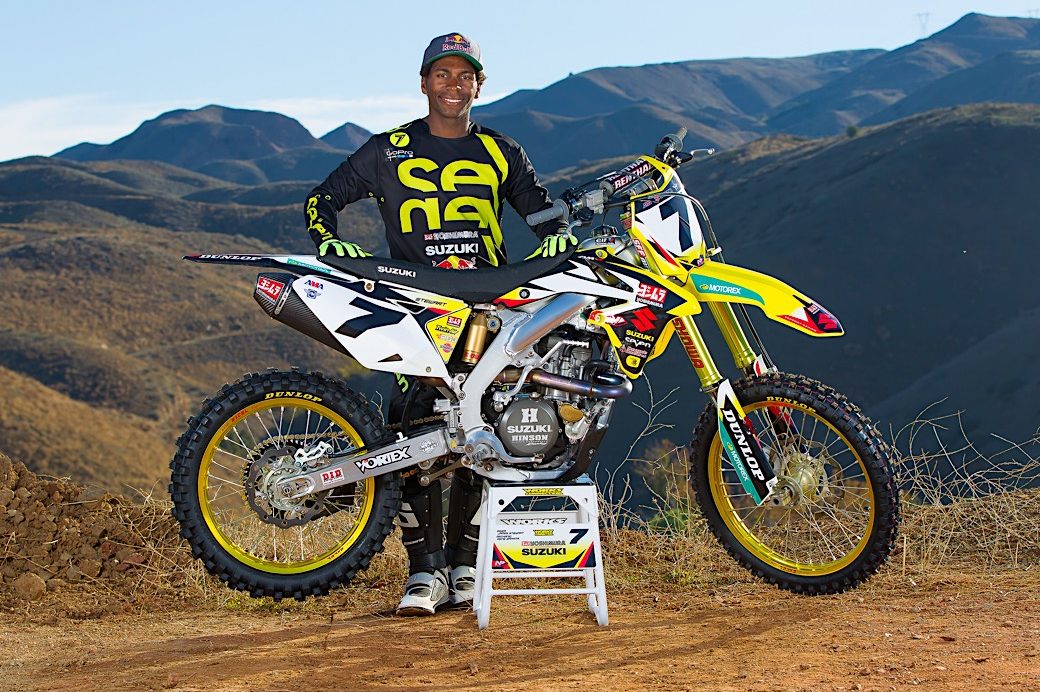 He has been called one of the greatest Motocross/Supercross racers of all time; now Stewart is ready for a new chapter with E-XPLORER.

Having raced from an early age, Stewart amassed 50 Supercross victories and was twice crowned Supercross champion. In 2013 he channelled his passion to pioneer and elevate the standard of athletic performance apparel and launched his brand called Seven, the number with which he dominated podiums his entire career.

Seven Racing, born from fierce competitiveness, passion for racing and desire for performance will compete against high-performance teams on cutting-edge all-terrain electric motorcycles in both urban and remote iconic places. Seven Racing has signed a multi-year deal and assured a space in the brand-new championship FIM E-Xplorer World Cup in its inaugural year.

In September 2022, Seven Racing will embark on a new adventure which will push the boundaries through fearless competition, fuelless engine technology, innovation and gender parity in sports; the FIM E-Xplorer World Cup.

Seven Racing is setting the precedent for other major riders and teams to join the eagerly awaited championship, FIM E-Xplorer World Cup, which will revolutionise two-wheeled sports in every possible way.

SEVEN Racing Team Owner, James Stewart said: “Throughout my entire career I have seen many big changes in motorcycle racing and I am extremely proud to have been a part of some of them. I believe the future of the sport is inevitably electric and I’m excited to be there from the start with E-Explorer.”

E-Xplorer Sporting Director & Special Advisor to the CEO, Eric Peronnard said: “I have known James Stewart for many many years, and he never ceased to amaze me with his pioneering and competitive mind. James elevated Motocross riding to another level. The FIM E-Xplorer World Cup is the championship which will reenergise racing, and I truly think it is the sport which will bring James to a new, successful era of his career. I look forward to seeing the fierce competition on track.”

E-Xplorer CEO & Founder, Valentin Guyonnet said: “At E-Xplorer we want to offer our audience and fans a thrilling and competitive championship. When a legend such as James Stewart with an unparalleled racing history, joins the championship as a team owner it sets the level of the type of championship we are putting in place. A huge welcome to the E-Xplorer family to James and his team.”