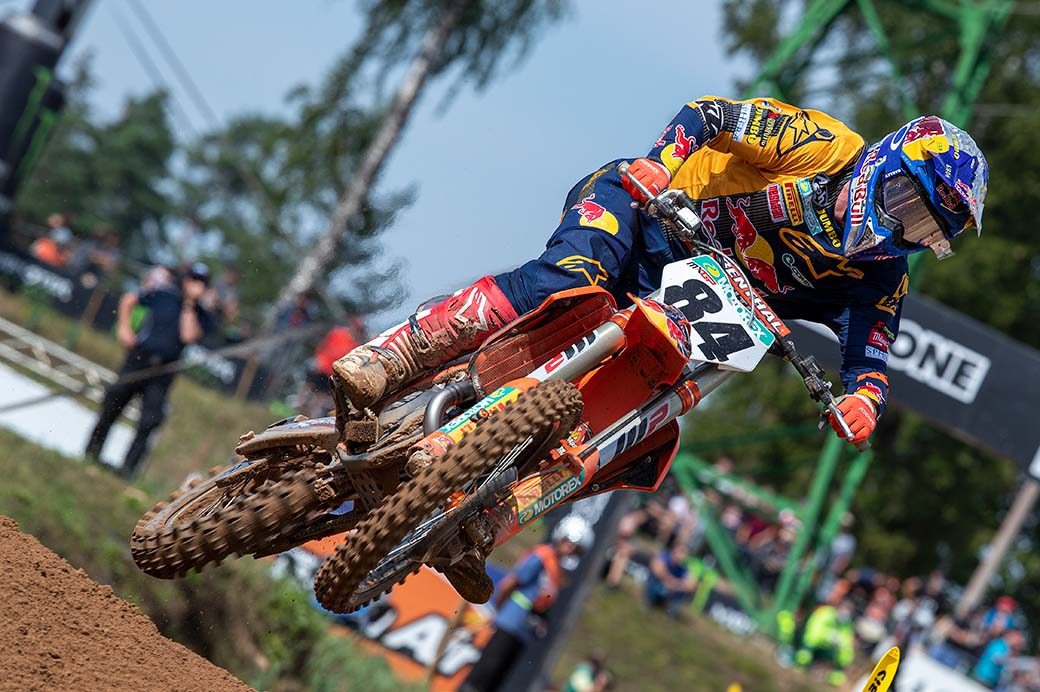 Jeffrey Herlings has reached terms to race at the 2022 Hawkstone International in preparation to defend the world title he secured last month.

Salop Motor Club announced the news in a press release, stating it’s “an honour to have Jeffrey come and race with us at Hawkstone, and we are very sure the fans will agree.”

The Red Bull KTM Factory Racing rider has been a big supporter of the iconic event. And with the ASHBROOK – TOUGHSHEET – Hawkstone International scheduled for February 13, just one week before the opening round of the FIM Motocross World Championship at Matterley Basin, it’s no surprise the five-time world champion has opted in for the famous pre-season international.

With the 2021 MXGP championship on a knife-edge, Herlings fought down to the wire to lift the MXGP crown in what has been widely declared the greatest and toughest season in the history of the sport.

But with next season now just a few months away, Herlings is already thinking about racing again. “I am super excited to come and race again at Hawkstone Park, it is one of my favourite tracks in the world, and I am excited to fight for the win again,” said Herlings. “I can’t wait to meet and see all the British fans, and it’s a great way to start the year.”

Salop Motor Club’s Gary Ford said: “When we put on this race, you always want to try and get the best riders, and in my opinion, we have signed up not only the current world champion but the best and fastest rider in the world. Jeffrey is brilliant with the spectators, and our race give the fans an opportunity to get autographs and photos with the riders with the open paddock we run.

Sponsorship enquiries carlyrathmell@icloud.com – Trade Stand enquiries can be made with Martin Beddoes – beddzee17@yahoo.co.uk

The SMC team are currently looking for sponsors, sponsorship packages start from as little as £40 (banner space only), in return, the sponsor will be mentioned in the entire pre-event PR, a logo and link on www.hawkstoneinternationalmx.com, mentions in specific bike press and websites. Plus much more, if you are interested in getting involved in the event please contact me on carlyrathmell@icloud.com for a sponsorship package.

Tickets are only available to buy on the gate – £35 per adult, £5 for 5 – 15-year-olds, £30 for a camping pitch (Saturday night only) this includes free access to the riders paddock, free parking and a programme.