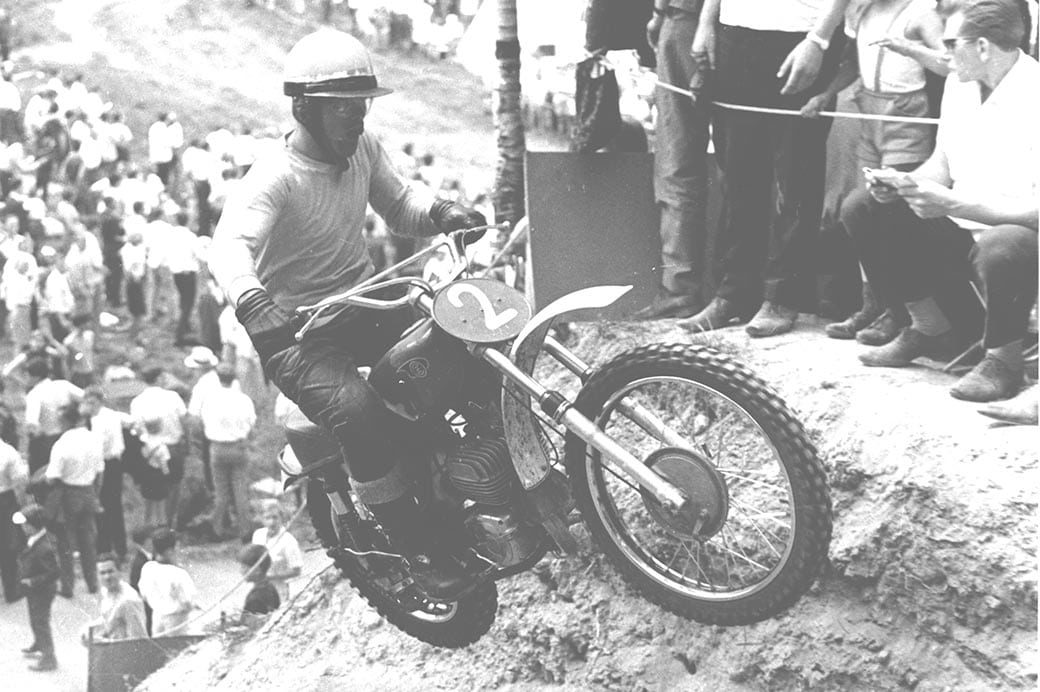 Motocross legend Joël Robert has died at the age of 77 following a short stay in hospital.

Born November 26, 1943, the Belgian was known as one of the greatest ever motocross stars and was Belgium’s first motocross superstar. Winning six motocross world championships between 1964 and 1972, he was for years the most decorated world champion until compatriot Stefan Everts surpassed him.

One year Joël competed in three races across a weekend, winning all three — partying after each of them. He was of a time when professional motocross racers drank, smoked and weren’t shy of being a real character.

The legend was part of the incredible Belgium team of Roger De Coster and Sylvain Geboers that lifted the Motocross des Nations trophy at Farleigh Castle in 19669.

Robert had a role in the introduction of motocross to the U.S. too. He competed in the 1970 and 1971 Trans-AMA motocross series adding weight to America’s first MX championship and with it inspired a generation of American motocross racers.

The Belgian star was just six years old when he first rode a motorcycle. His father took him out with his Vespa scooter and he would let the clutch out too quickly and stall the engine. When he started riding he was too small to reach the ground.

Robert was behind Suzuki’s shift from blue and silver to yellow, the national colour of Belgium.

Joël was admitted in critical condition to Gilly hospital a week ago after contracting the coronavirus and suffered a heart attack shortly after his admission. His prognosis was not good.

Robert has been suffering from ill health for some time — he has battled with diabetes, had numerous strokes and has previously undergone an amputation below the knee.

Our thoughts are with his family and friends. RIP Joël.