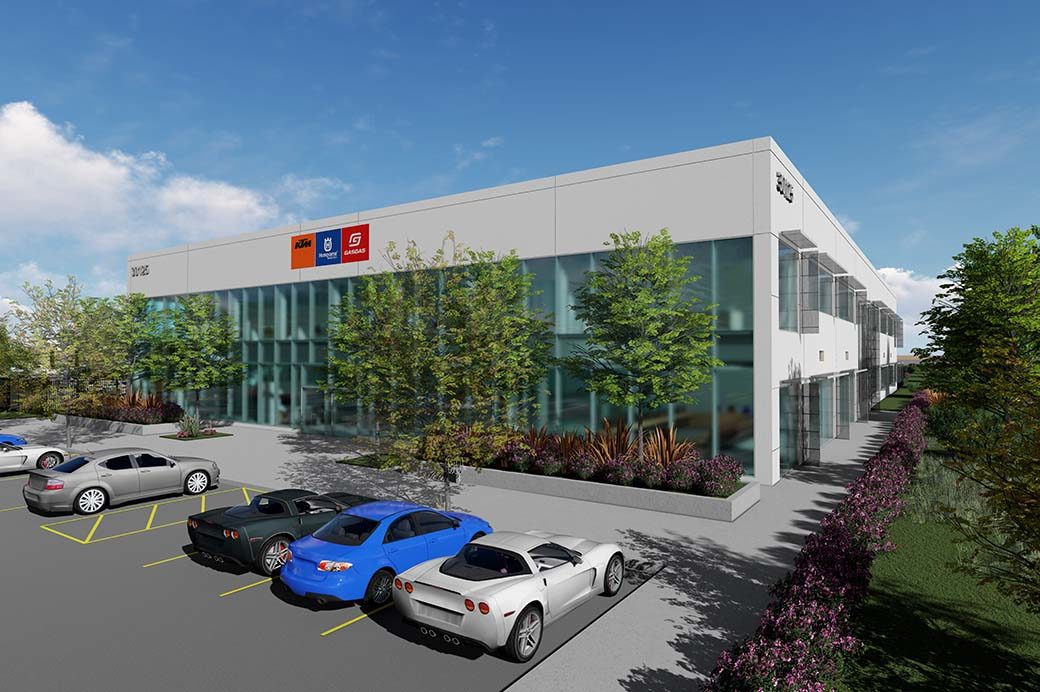 KTM’s $50 million California campus will carry the Austrian brand’s legacy forward into the next generation in North America.

Its all-new North American Group Headquarters project is a significant milestone for one of the leading producers of high-performance street and offroad motorcycles.

At an exclusive event held at the new building site in Murrieta this week, attendees gathered to celebrate the progress of the campus. On-site were local and regional dignitaries, members of the press and global racing athletes from KTM, Husqvarna Motorcycles and GASGAS, who were treated to an exclusive first look at the project’s 150,000 square foot plans, which include amenities for over 300 world-class employees.

The three-building campus is set to include corporate offices, state-of-the-art technical and warehouse spaces, and the company’s world-renown racing departments for all three brands.

Additionally, the very first brick laying ceremony was conducted by KTM’s Global and North America Board of Directors, a significant moment in the history of Murrieta and U.S. motorcycling, as KTM AG CEO, Stefan Pierer, was in attendance.

“It’s a very exciting and emotional day for me,” said Pierer. “Exactly 30 years ago, I started on a very small scale in the U.S. with a total of 12 people and now we are by far the biggest European motorcycle producer and we are employing 5,000 people. 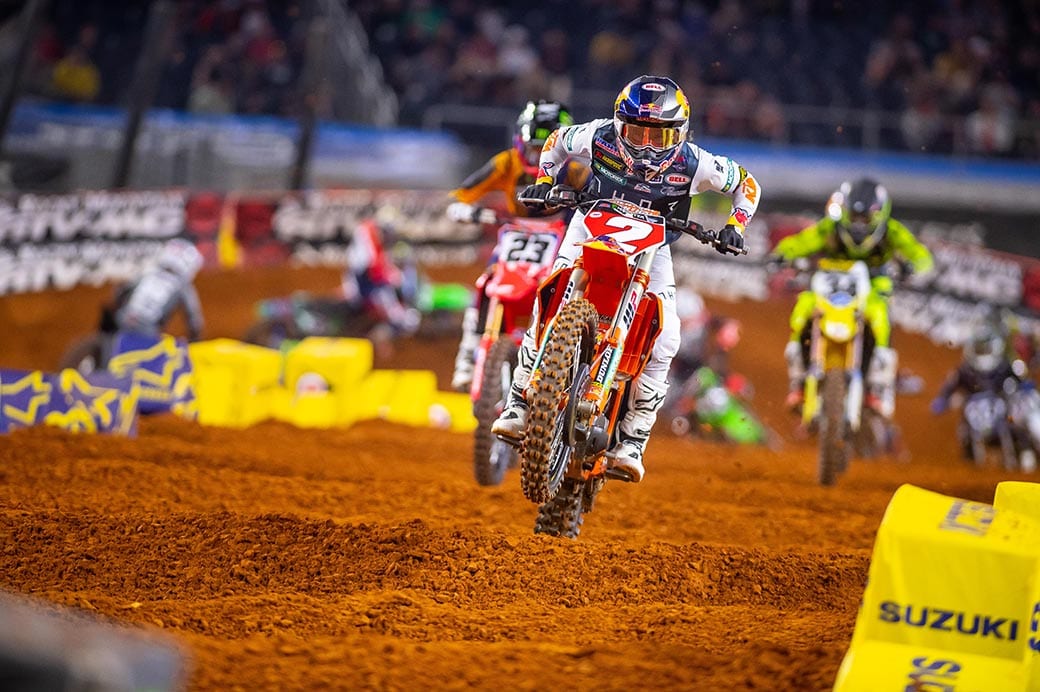 “The key success factor behind it, I can tell you, is racing. Racing is basically the driving force that we created throughout the 30 years and it brings us to this – the biggest single investment I ever did – with a $50 million dollar project here in the U.S.

“It’s also a new target for everybody and it’s really a great moment. Now, let’s look ahead and let’s set up new targets for the future.”

John Hinz, CEO KTM North America, added: “Our group of brands have an incredibly storied history here in the U.S. and in North America, and we are honoured to carry this legacy forward into the next generation. This celebration marks another incredible milestone in our history with this new campus, which is an incredible tool for us to deliver our service to our dealers as they truly are the lifeblood of our company.

“To commit to an investment like this requires bravery, and I want to thank Mr Pierer and the Board of Directors for their continued commitment to the business here in the U.S. and in North America.

“Our goal is to grow the sport of motorcycling and the sport of bicycling, and these new buildings are going to be an incredible asset to continue delivering that service to our dealers across America.”

With global headquarters based in Mattighofen, Austria, KTM is Europe’s leading high-performance street and off-road sport motorcycle manufacturer. The brand has been an active player in the ever-growing North American market since 1967 and since the acquisition of further brands such as Husqvarna in 2013 and GASGAS in 2020, KTM has witnessed a significant increase in demand for two-wheelers across the globe.

Now with PIERER Mobility’s incorporation of the fast-growing E-bike sector, the company looks ahead to a bright future in sustainable two-wheel transportation.