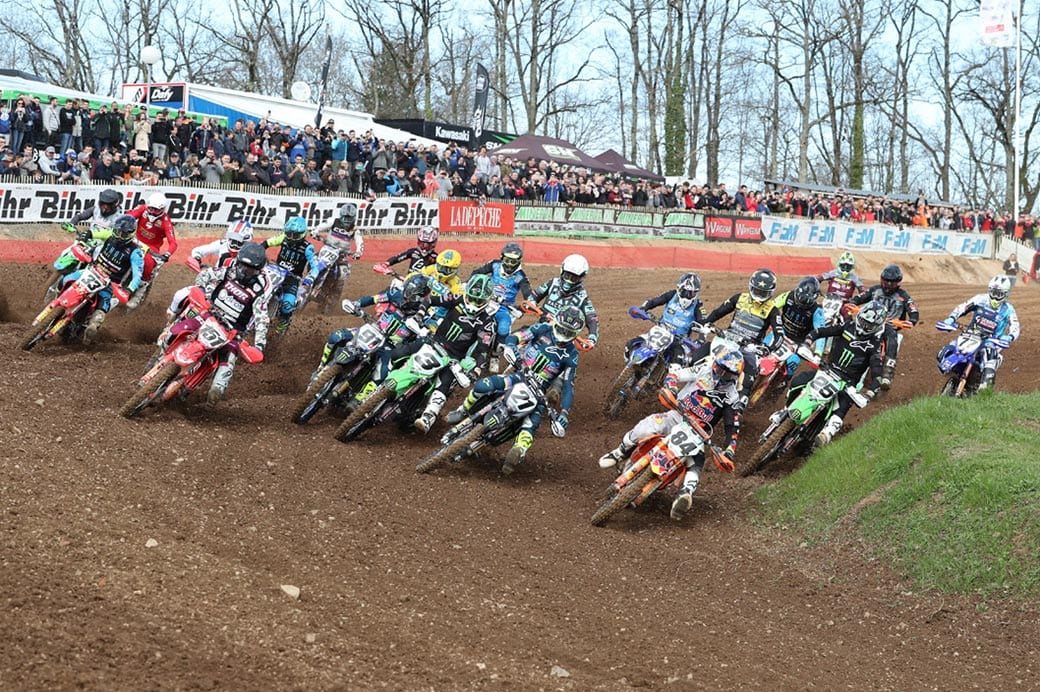 Lacapelle Marival in France will meet once again for one of the main international pre-season motocross races on March 21, two weeks prior the opening round of the MXGP world championship in Oman.

“As all organisers we don’t know what will be the sanitary situation in four months, but we had to fix a date and start working. It was important to announce a date to the teams and also organisers all over Europe,” says vice president Vincent Ayroles.

Who will be the next rider to win the French event, after Clément Desalle (2017), Jeffrey Herlings (2018 and 2020) and Romain Febvre 2019? It’s for sure too early to say, as the club just started talking with managers and riders after securing their date for 2021.

“Finally and as we do every year, our date is just two weeks’ prior the first Grand Prix who will take place in Oman early in April. We didn’t want to clash with another club who organise on March 14 the French Elite opening round, and we know that teams don’t like to race just a week prior the first GP so March 21 was the best date for us.”

Under normal circumstances, it’s impossible to have any name ready to be announced four months ahead of an event, let alone with the conditions event organisers are working under at present. But as always organisers are thinking big.

Prince of Lacapelle this year, Tom Vialle went on to win the MX2 world championship, while a rider who has achieved so much in the sport, four-time world champion Tim Gajser has never raced Lacapelle. The French club is certainly keen to persuade Tiger Tim to line up against the best riders in Europe on their turf.

“Every year we have some good feedback from teams and riders after the race, and so we have good relationship with most of them. That’s really important, and we work every year to improve the facilities here – track but also paddock and spectator’s area – as we want everyone to enjoy their stay in Lacapelle. We already met many world champions, and we hope to welcome even more in the future,” Ayroles said.

After missing out in 2020 and without a French Grand Prix until October, Lacapelle will be the first chance for French motocross fans to watch – if they’re allowed to attend – top MXGP riders on French soil for some time. They’re sure to be pumped for it.