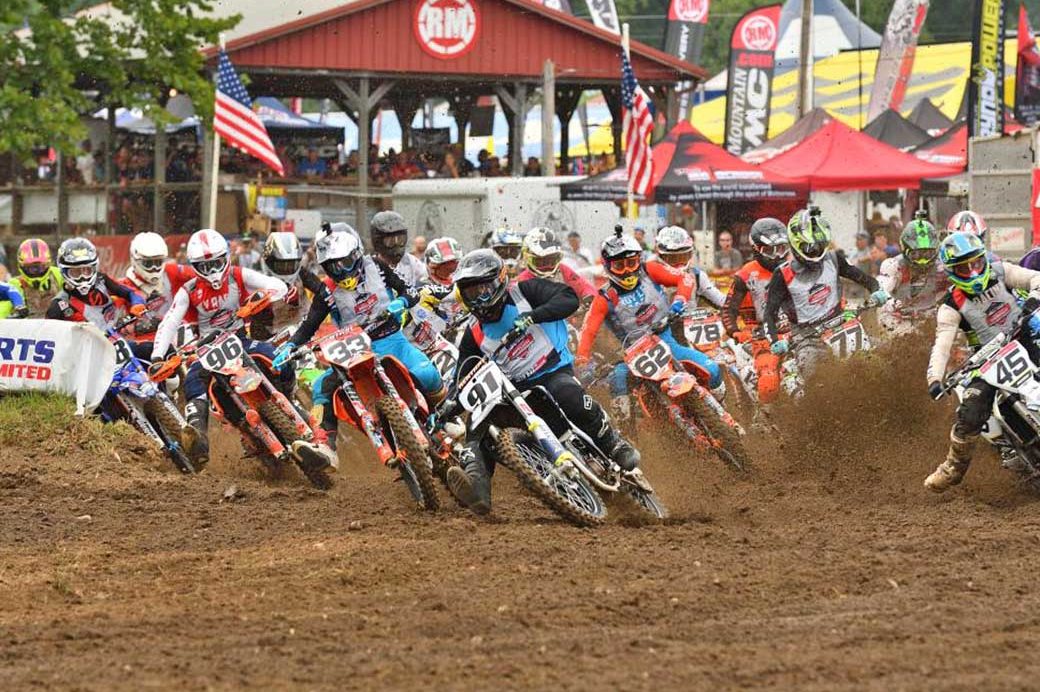 This week, one of, if not, the biggest motocross race in the world takes place at a country and western singer’s home in Hurricane Mills, Tennessee.

The Rocky Mountain ATV/MC AMA Amateur National Motocross Championship – or Loretta Lynn’s as it’s more commonly known – attracts riders from all around the globe to compete in up to two out of the 35 classes!

To earn a spot at this event you must have raced at least one area and then one regional qualifier to make the cut of 42 for each class. Qualifying process is clear from the off with the AMA dictating how each qualifier is run and how many qualifiers will transfer from each zone.

The event itself is a week-long affair with sign-on and technical inspection on Sunday, practice on Monday and then racing starting at 7.30am on Tuesday and running all through the week until Saturday although those lucky enough to be in the earlier races could be done and dusted by 9am on Friday morning – each block (there are three) takes a day and a half so potentially there’s plenty of waiting around to be done.

But that don’t matter because the entire motocross industry seems to converge on Tennessee for the full week so there’s always plenty going on such as – a blessing of the bikes, a golf cart parade, a concussion discussion, family luncheons, drive-in movies, a burnout area, a pump track for bicycles and ‘Camp Loretta’s’ whatever that is.

Basically there’s not a moment to get bored even though the racing goes on and on and on and on. At the end of the week 35 National titles are awarded and that’s it until next year.

To a degree – albeit admittedly super-sized – the whole process is not unlike the old ACU Finals where kiddies would qualify from their clubs to one of three regional semi-finals – south, midland and north.

From there the top 13 from each class of each semi would transfer to the finals which more often than not was held at somewhere like Hawkstone Park and it was there that national champions would be crowned in each class.

In 1992 the six-round National League took over as the British Youth Championship and the semis and final became the Clubman championship. They soon became defunct and I’m not even sure when they last ran. Can anyone fill me in on that?

These days it seems like there are more National series than riders themselves and although the Judd KTM British Youth Nationals are still the ACU’s official youth series many would argue that the MCF-sanctioned MX Nationals are the new #1 – in terms of rider numbers if nothing else.

Then there’s the BSMA and ORMS series to consider too…

It does seem like there are too many ‘national’ motocross titles up for grabs in the UK which makes any championship victory somewhat diluted. Other youth two-wheeled sports don’t seem to have that problem and trials, grass track and speedway all have just the one recognised national title so where/when did the motocross scene go wonky?

Of course, it could be argued that youth titles don’t mean diddly in the real world anyway as it’s only pro titles that really count and as pro titles go it’s the ACU one that stands above all others.

But why? And why’s that not the case with the schoolies? Answers on a postcard to the usual address please…