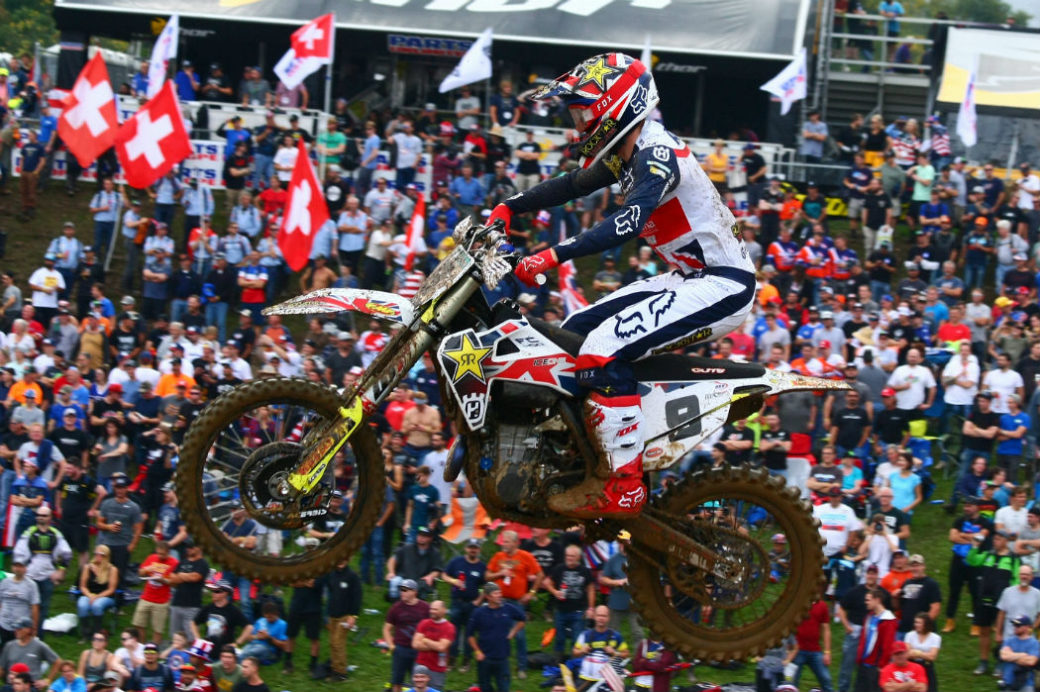 Max Anstie is putting in the hours and working hard as he prepares to make his debut for his new Standing Construct KTM team in 2019.
The 25-year-old from Hampshire lost his Rockstar Energy Husqvarna ride at the end of 2018 following a tough season that was badly affected when he sustained a serious concussion at the MXGP of Spain at Redsand in March.

“Redsand was a bit of a bugger,” he said. “It was a weird one – I’ve not had a head injury like that before. It was tough.

“We’re at such a high level that your body needs to be perfect for you to hang it out and you can’t be just a few per cent off. That really put the brakes on things for me at the wrong time.”

Despite being forced to sit out three consecutive GPs he came back strongly with podiums in Italy, Belgium and Holland and ended the year 10th in the world. It wasn’t enough to retain his place on the factory team but he was picked up by his new team at the start of November.
“Things have been good. I’ve been testing and developing for the last few weeks and making progress.

“Going forward I think we’re in a good place and everything’s positive. We’re heading down to Spain in January to get some warmer weather but at the moment it’s just the off-season grind – a lot of base fitness work and the basics with the bike.

“A lot of people have said to me there shouldn’t be much difference going from the Husky to a KTM but there’s a different feel. We get so in-tune with a bike – you put in so many hours during the year – but all the little differences are in a positive way.

Life for Max is a little more relaxed away from the confines of a factory team and he’s enjoying the freedom of making more decisions for himself.

“A big change for me is I’ve been able to do what I feel is best with choosing tracks. Just me and my mechanic go out and we go wherever we need to go. It could be sand or we could go to France to ride hard-pack or even back to England to ride hard-pack.
“We do what we feel is Going to be best for me. We’ve got a bit of flexibility.

“This team is as close to factory as it could be but these guys just said to me that I need to be ready for the first race so I just get on with it.

“It was great for me the last few years being very controlled with everything because it taught me a lot of things but I know what I need to do – it’s not rocket science, you’ve just got to put in the hours and work hard and that’s it.

“I’ve honestly got no worries or stresses about anything. We’re 99 per cent there with the bike and development at the moment so now we’re just fine tuning and working on the little things.”