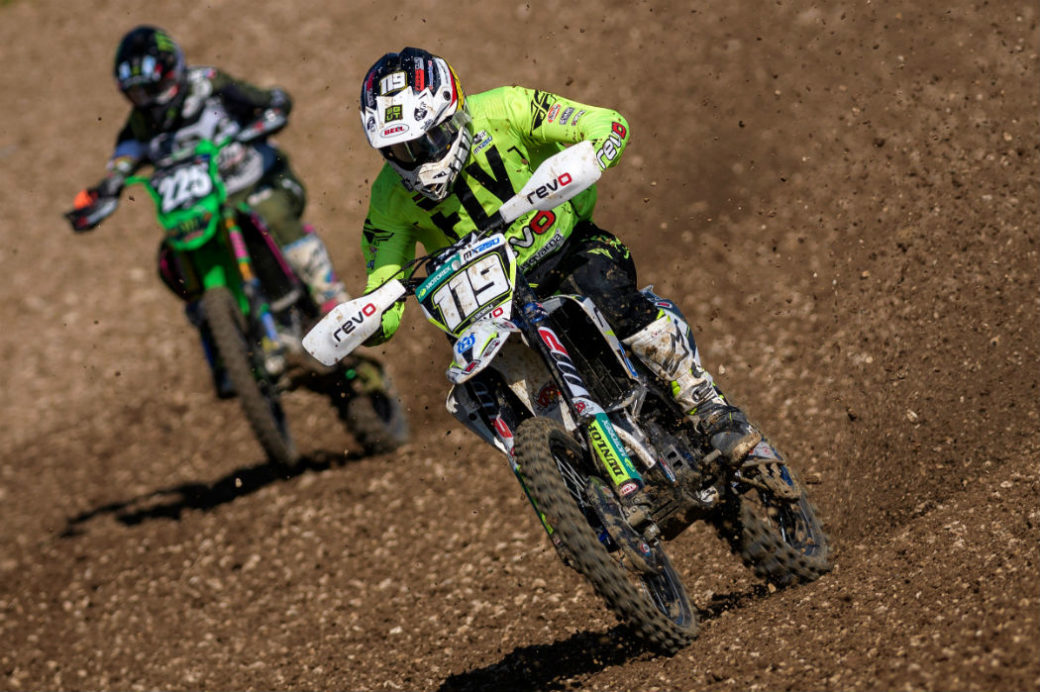 The New Year always brings familiar faces on unfamiliar bikes in new colours but 2019 will see Mel Pocock racing without his trademark No.119 for the first time in years following his move up to MX1.

The 26-year-old, a victim of Youthstream’s last-minute age cap on the EMX250 class that cost him his REVO Husqvarna UK ride, will start his first season on a 450F for the new ASA United KTM team – but in the UK the No.119 belongs to Ryan Houghton in MX1.

Still, Mel’s taking it on the chin…

“I’ve lost No.119 which I haven’t got over really but I can’t go into the MX1 class and start demanding stuff so I’ll be running No.9 which I did on the big-wheel 85 with KLM PAR Honda when Jonny Giffard was spannering for me.

“I wasn’t expecting to go 450 and had completely different plans but we’re here now, it’s happening and the No.9 looks good.”

Mel freely admits that his big-bike experience is limited to say the least as he prepares to open his account at the Hawkstone Park International.

“I rode a 450 with Steve Dixon in the winter one time for two or three weeks and that’s about it.

“I’m looking forward to it. It’s a daunting challenge because I’ve left the sharp end [of MX2] to chuck myself into the unknown.

“I’m realistic, I wouldn’t say I’m going to turn up and be on the podium but my sights are still set on one – for my first year on a 450 I’d like to think I’ll be a top-six contender in the British championship.

“It’s good to have new goals so, yeah, I want to be running top-six and on a good day be banging on a podium which would be lovely.

“I’m not underestimating the class though – there’s a good amount of GP riders and I know that so top-six will be good to start off with – but it’s all there for the taking and it’s motocross so anything can happen.”

Mel lost most of his right thumb in a crash in 2015 so there is a question mark over how well he can hang on – particularly on rutted downhill sections – with the extra horsepower.

“If I’m honest I don’t actually know yet but I’m obviously confident enough to take a deal.

“We’ll work around anything we have to work around – if we have to run a hump in the seat we will. I’m going to be riding a pretty standard 450 and we won’t be looking to make it more powerful, just more rideable.

“Lee Tolan has put this opportunity together and I’m looking forward to it.

“I’m excited and nervous. I’m 26 now which is the age most people are normally settled on a 450 but I’ve always raced a 250 so it’s a new challenge. My hand injury sort of halted my whole career and altered the path I might have taken.”