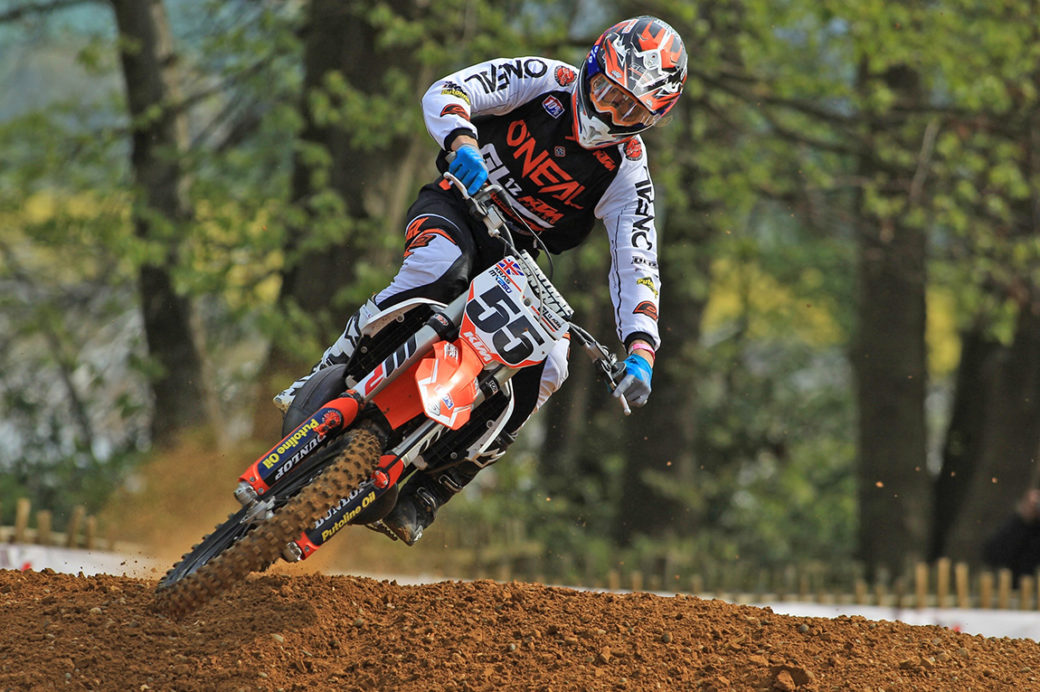 When the upcoming Arenacross Tour is over Dutchman Mike Kras will concentrate his attention on retaining his ACU British Two-stroke Championship and regaining the EMX300 title he lost to Brad Anderson this year.

“The level of the EMX300 class gets higher and higher every year,” said the GL12 Racing KTM rider, “so my advice to the rest of the riders is train your ass off because I am and I want to make myself a double champion.”

Mike dominated the opening two rounds of the 2017 British two-stroke championship before, uncharacteristically, going off the boil in the sand at Blaxhall at round three. He secured the title by just five points at Foxhill but on the European stage he finished second to a rampant Anderson.

“The season started a little better because I got a bit more bike time but not every weekend because of the bad weather in Holland. In Germany I went a steady 2-2, in Russia I threw away a win in the first heat when I tipped over but the second race in the mud I won by over a minute – then the problems started.

“In Italy I couldn’t even do 10 minutes on the bike before I was spent. I thought it was because of the heat but later at Blaxhall I couldn’t do more than four laps before I almost fell off the bike. So I went to a doctor who is a specialist with blood problems and he found an infection that caused my liver and kidneys to shut down.

“He put me on a strict plan of pills and supplements – I have to go back next week to find out if the virus is still in my blood – but weeks after I got the medication I started to ride a little better. That gave me the win in Lommel and in Switzerland I had the win in the bag before the bike died.”

His main rival in the 2018 British series is likely to be his team-mate James Dunn but with the Brit concentrating on EMX250 next year on his two-stroke Mike will have to defeat Ando in EMX300.

“Brad was fitter than me this year. I can’t say he was faster because I had four poles from five and was mostly almost or more then a second faster then second. This takes nothing away from Brad because he rode a perfect season and stayed out of trouble so congratulations once again to him.”