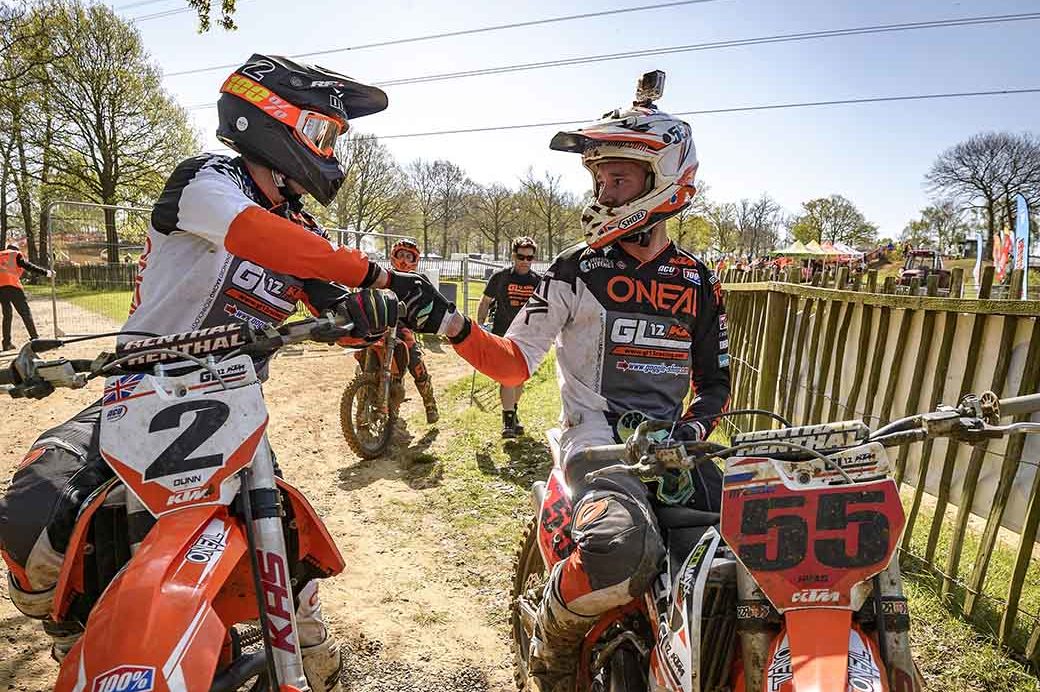 It’s probably a bit of a nostalgia thing but I’m getting right into the whole two-stroke vibe at the moment as I just love the way they smell, sound and – if my memory serves me right – are easy to flick around.

I grew up at a time when two-strokes were the only option in the youth ranks and came of age just as the 250 division became the premier class in the world championship too, so mixing gas and doing my own motors became a regular occurrence – life was great!

It was even possible to blow a motor midweek and be back up and ready for racing on the weekend except for that year I chose to run a Husqvarna and couldn’t get a main bearing for about six months or something as the Italians had gone to the beach for the summer. D’oh!

Fortunately that was the year after Foot and Mouth so I was used to not riding for a huge part of the year. Coming back to the here and now – and after seeing the 125 smokers in action at the first round of the BYN and checking out the Two-Stroke class at the Maxxis – my passion for oil-burning motors (I mean the ones that are meant to burn oil) has returned.

So much so that I’ve been scouring eBay for an ’89 RM125 to fiddle with and lovingly rebuild for no other reason than just because. Having so far failed to entice any of the nippers into wanting to ride or race bikes – although there’s still hope for Arthur yet – it’s looking unlikely that I’m gonna get chance to be a schoolboy dad and so my future involvement would appear to be factory spectator but that doesn’t phase me one bit.

I’m genuinely excited to see how the Apico 2-Stroke festival pans out this year as I believe that series promoter Dave Willet has picked three cracking tracks for the series to visit – Marshfield, Iron Works and Sellindge.

That choice of circuits pretty much covers the whole country with rounds happening in the south-west, north-east and south-east and even for us coastal-based north-westerners they’re all doable in a decent amount of time. And no matter how far they are from your locale they’re all well worth the journey.

Marshfield is an old-school, hillside masterpiece littered with off-cambers while the Iron Works Moto Park has just been revamped into a modern classic – a mixture of old-school and new – while Sellindge is just a proper hardpack motocross track with grass and ruts and more lines than you’d ever know what to do with.

All in all it’s a series with something for everyone and if DW implements everything he has planned – and continues to grow it at a sustainable rate – is bound to become a staple for the British motocross scene.

In other news who has seen that Revolution series on Sky One? If you haven’t, it’s basically a made for TV extreme sports contest that goes out in a primetime style slot.

And while I’m all for a bit of BMX, skateboard and inline action to keep the monsters amused before beddy-bobos I can’t help but feel that it needs MXing up and turning into a real spectacle.

I’ve expressed my thoughts to someone who can actually make this kind of thing happen and he assures me that he’s already all over it so keep everything crossed as THE best thing to happen to off-road racing in the UK might just be lurking on the horizon.