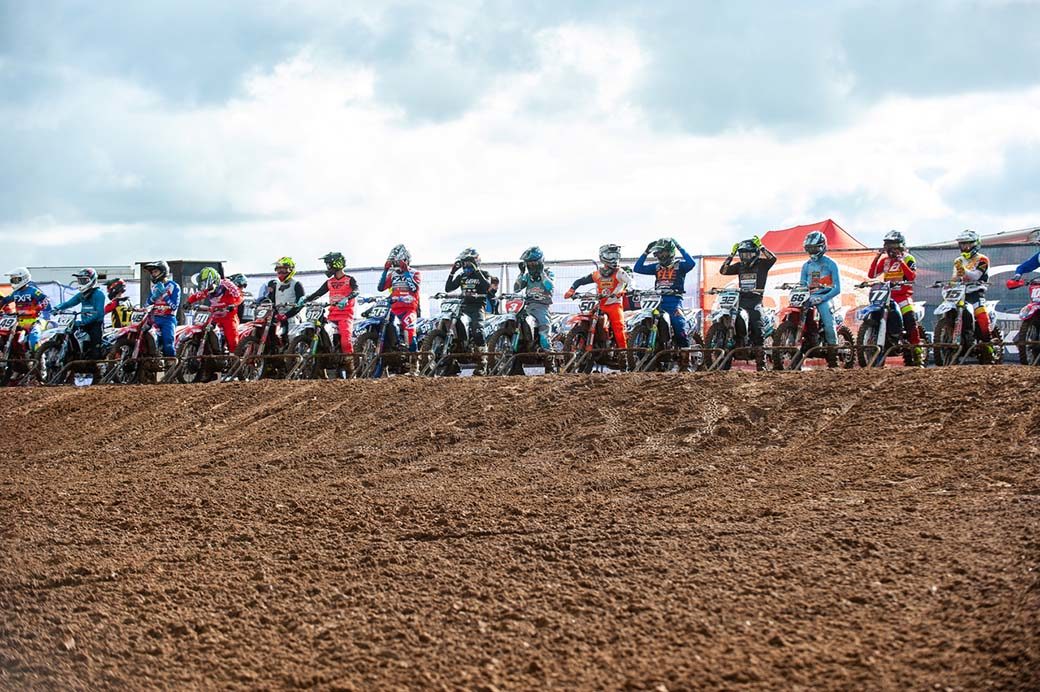 The 2022 MX Nationals calendar with all the dates and venues has been confirmed by the championship organisers, with only the track for round five left as a ‘to be announced’.

The Michelin MX Nationals will be a six-round championship in 2022 and we have the dates, venues and registered riders for the season ahead.

After what has been a difficult process due to the pandemic MX Nationals Director Paul Irwin outlines the final line-up of dates and venues. “Putting together a well-balanced calendar of dates and venues has not been easy this time around, not that it ever is.

“I think it’s fair to say by now we all know the knock-on effects the Covid pandemic is having on our lives. There’s been a lot of uncertainly around and we want to put out our championship dates and venues with as much certainty and confidence as possible that they won’t change, so with all that in mind it’s taken a little longer than expected.

“We really wanted to take the championship to Northern Ireland, as we have for the past two years, but again it’s not been possible due to the pandemic and other hurdles in our way, but hopefully we can get there soon and repay the support the racers from over there have given from the get-go.

“One of the main issues has been making sure our championship riders have the best medical cover we can give them, from the support at the track to also making sure regional hospitals are in a position to support us and that has taken a lot more time than we hoped in the current climate.

“It’s been difficult trying to plan for the championship with the general obvious lack of confidence and uncertainty in the world after another tough winter but we’re confident we’ll have another progressive year of championship racing.

“We put on a championship in 2020 when many others didn’t and the MX Nationals elevated to a new level last year with the free-to-view live-stream service and we’re very much keeping our foot down on the pedal with more improvements to the championship for this year.

“For example like moving the Cusses Gorse round forward so we can have more summer light to make more of a festival feel with the Straight Rhythm on Saturday night and we aiming for something new for round five but we’re not quite in a position to announce that just yet.

“We’re working hard behind the scenes and I think people will see that come round one at Fatcat. As a team, we’re all excited about 2022 and we hope our riders, their families, our supporters and championship partners are too. I think we all need a good positive year and together we can.”

After almost overwhelming interest from riders wanting to register for the Michelin MX Nationals powered by Milwaukee, the organisers are also in position to announce the official line-up of riders who will be keen to get their championship quest off to a good start at FatCat on March 19.

*Moved forward from the original date of July 2-3

The press release stated that the Open 85cc, MXY1, MXY2, Clubman MX1, Clubman MX2 and Amateur classes are now all confirmed and that the Expert and Elite classes will be announced shortly.

Note: At the time this article was published, not all riders on these lists are confirmed (registration completed). Please check with MX Nationals for latest registration status.