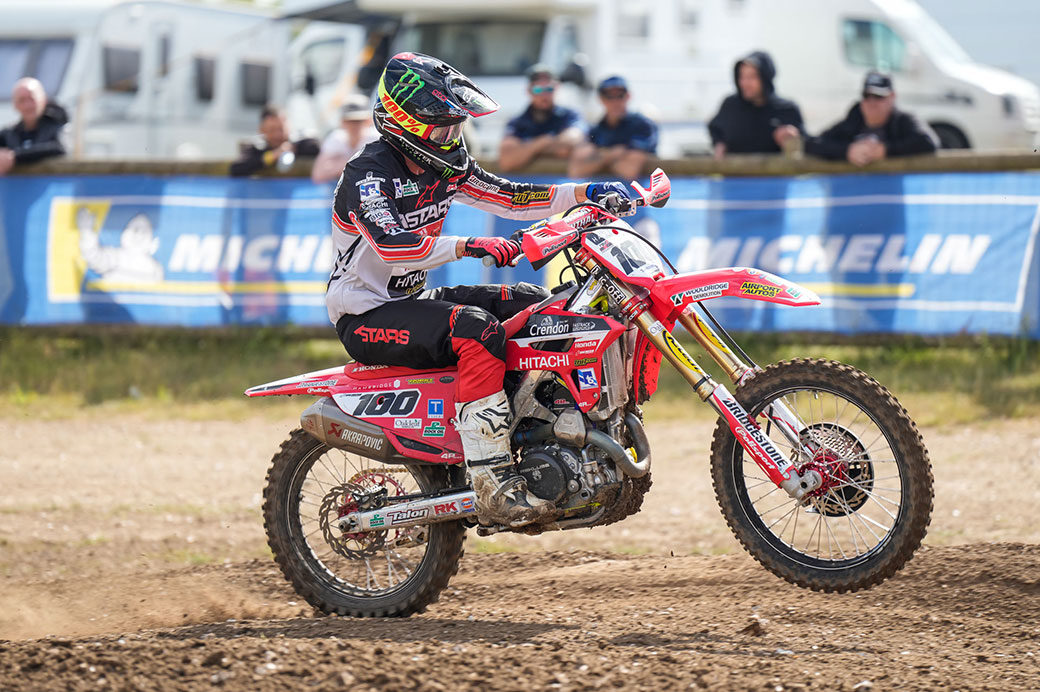 For an incredible eighth time this year, Crendon Fastrack Honda rider Tommy Searle ended on the podium of a national race in the MX Nationals at Cusses Gorse on Sunday.

He took a fine second overall, only robbed of a stunning double win when a stone jammed his rear brake while he was leading the final moto.

In the first race, the 33-year-old started in third place but quickly took the lead on the second lap. He controlled the race to take an emphatic win from rivals Harri Kullas and Josh Gilbert.

Then in race two, Searle snatched the holeshot and set a calculated pace at the front while Gilbert and Kullas battled for second place.

Then on the penultimate lap, a stone jammed the rear brake of Searle’s Honda CRF450R and the current British champ ran wide to avoid crashing. This allowed Gilbert and Kullas through while Searle had to accept third place. This put him on the same points as Gilbert, but Searle was awarded second overall due to the results of the final race.

“A good day for me. I won the first race and felt really comfortable, and the bike was running really good,” said Searle. “In the second race I holeshot and was leading all the way then a stone got caught in my rear brake on the face of the finish jump. I landed in the ruts and had to save a crash, then get the stone out.

“It’s a bit disappointing as I felt good, had the race in control, and had a bit more in the tank if I needed it. It’s the best I’ve felt on the bike in a long time. I’ve been a bit sluggish for the past six weeks so it’s nice to feel like myself again.” 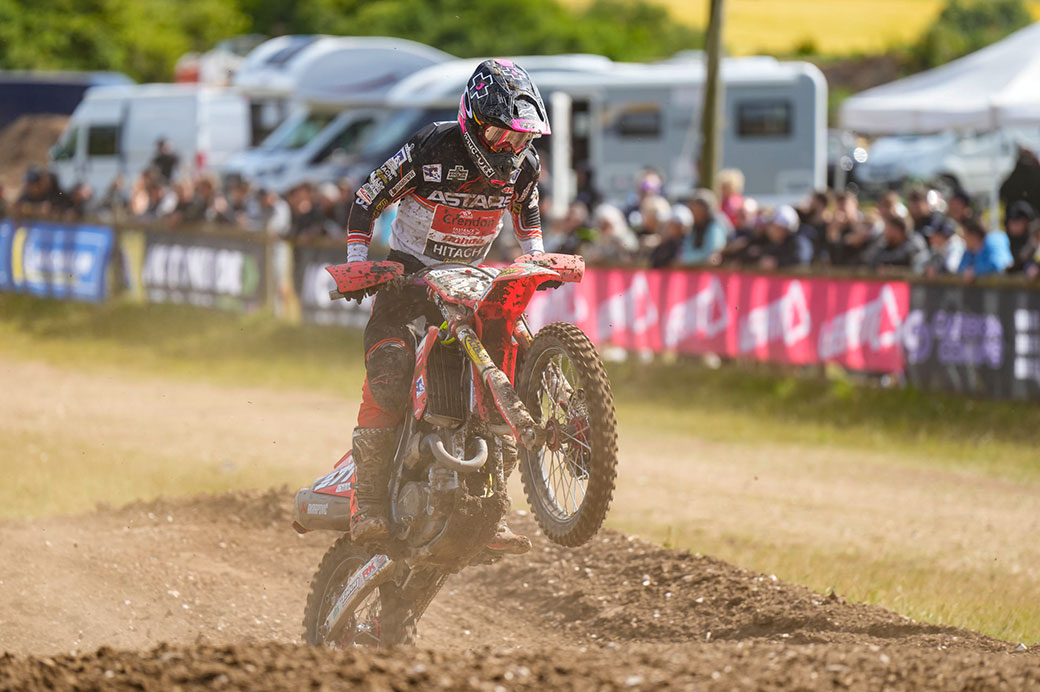 It was a solid day for the team’s MX2 rider Jay Hague, as his comeback from breaking ribs and bruising his spleen in a crash while testing continues. He took a creditable fifth overall after seventh then fifth-place finishes. He had some thrilling battles with the MX2 championship leaders and matched their lap times to show he’s on the pace.

Hague said: “I’m struggling to get my confidence back fully after my injuries so I’m just taking it day by day every time I ride.

“In the first race I had a terrible start but picked a few riders off. In the last half of the moto I came to life and showed some of my old speed. The second race was better, and I rode well but then got tired in the last half. But it’s been a better day, and with a a bit more work I can be back where I know I can be.”