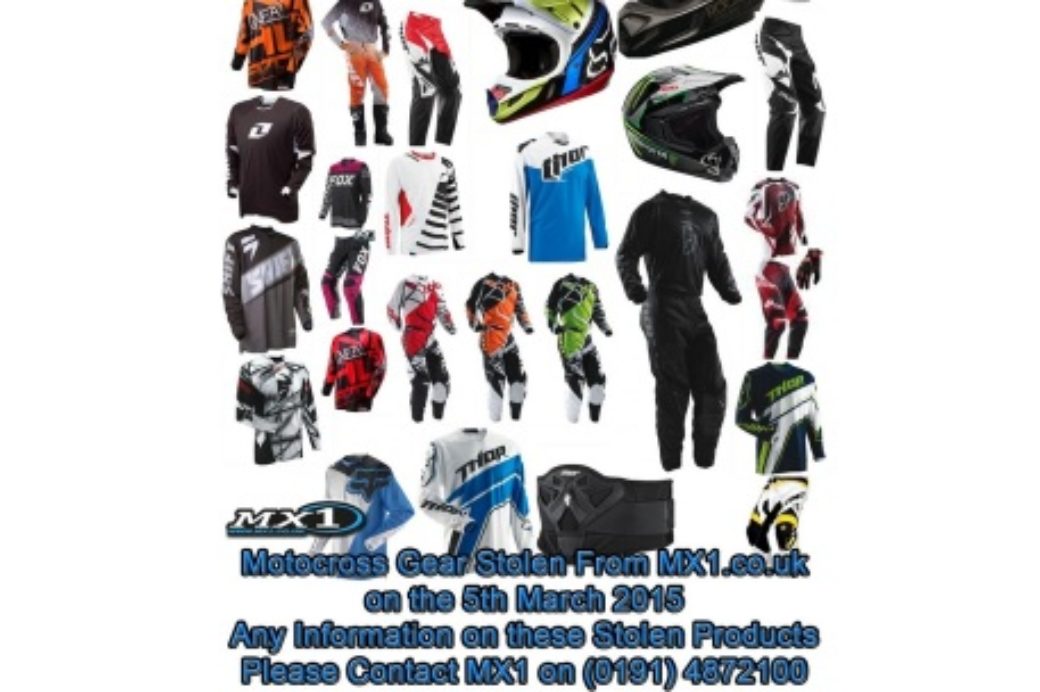 One of the MX1 warehouses where a small amount of stock is stored was ram raided in Mayoral Way, Team Valleyin an un-calculated attack on a roller shutter door.

The brave attack by these small time petty thieves in an area surrounded by Valley watch cameras, was performed by thieves unaware that they were being watched throughout the process by the Valley Watch system. The unit which is protected by police response, but unfortunately we had a small amount of old motocross sale stock stolen in this ‘smash and grab’.

If any of our loyal customers hear any information please contact MX1.co.uk on 0191-4872100, so information can be passed on anonymously to the police. MX1.co.uk are pleased that the monitored alarm systems, Redcare and the police response on the premises did their job to stop the most of the attack. The police were surprised that someone would be stupid enough to attempt the attack, and that they maybe thought there were higher value items available.

If you are offered these products, the advise would be to leave them alone as some are unique to the MX1 company.