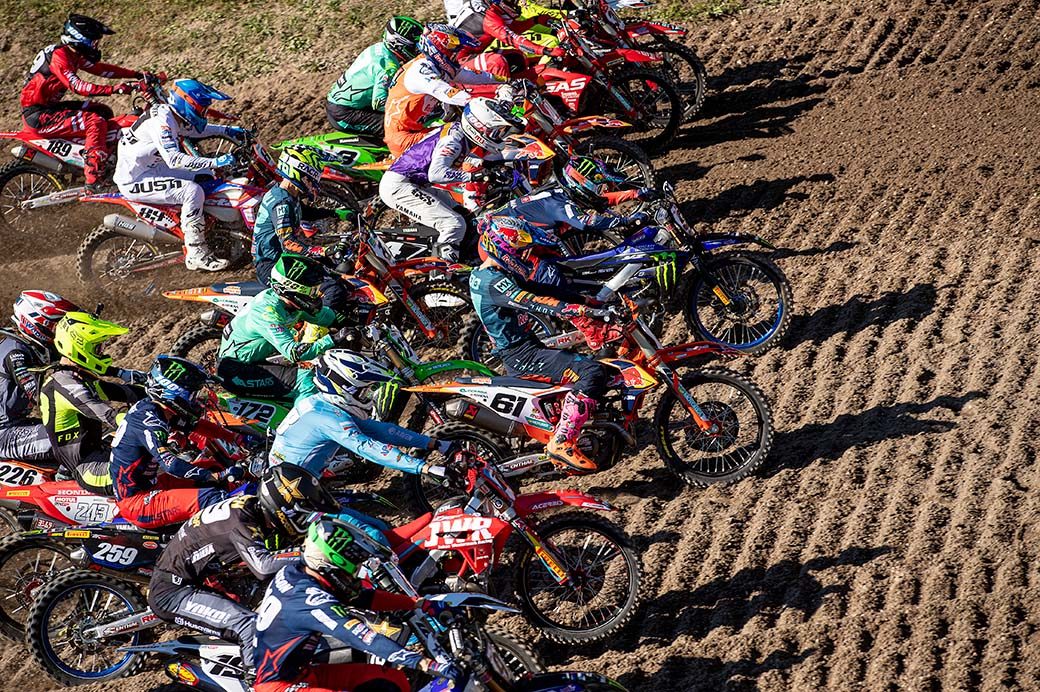 The FIM and Infront Moto Racing has today shared the updated 2022 MXGP calendar for the FIM Motocross World Championship.

There have been several changes that have been made to ensure the smooth running of the upcoming racing season that will see MXGP head back overseas, as well as to some favourite venues that were not on the calendar in the last two years.

The main changes include the MXGP of Lombardia taking place on the 5/6 March, followed by the MXGP of Patagonia-Argentina on the 19/20 of March, as well as the MXGP of Portugal which will make an appearance on the racing calendar on the 2/3 April, after missing a GP in the last two years.

The only real causality on the revised 2022 MXGP calendar is the axe falling on the Netherlands Grand Prix, which was slated for March 27 and was to be staged at Oss. As things stand, world champion Jeffrey Herlings will not have a home GP in 2022.

As originally planned, the series will kick off at the Matterley Basin for MXGP of Great Britain. The British round will be followed by the MXGP of Lombardia in Mantova, the MXGP of Patagonia-Argentina in Villa La Angostura and the MXGP of Portugal in Agueda.

The MXGP of MFR has been cancelled following sanctions and is replaced with the MXGP of Italy (Maggiora) and has shifted to May 8 – clashing with the Lyng round of the British national series (MXGB).

The TBA event is now confirmed as the MXGP of Oman, which will see its debut on 9/10 September (Friday and Saturday) – this event clashes with the final round of MXGB.

The venues for the upcoming MXGP of Indonesia and MXGP of Jakarta have also been confirmed and will head to Samota-Sumbawa and Jakarta during the last weekend of June and the beginning of July.

In addition, the FIM and Infront Moto Racing announce that the 2022 Junior Motocross World Championship will take place in Vantaa, Finland on the 27/28 of August.

The motocross season wraps up with the Monster Energy FIM Motocross of Nations in Redbud on September 24-25.