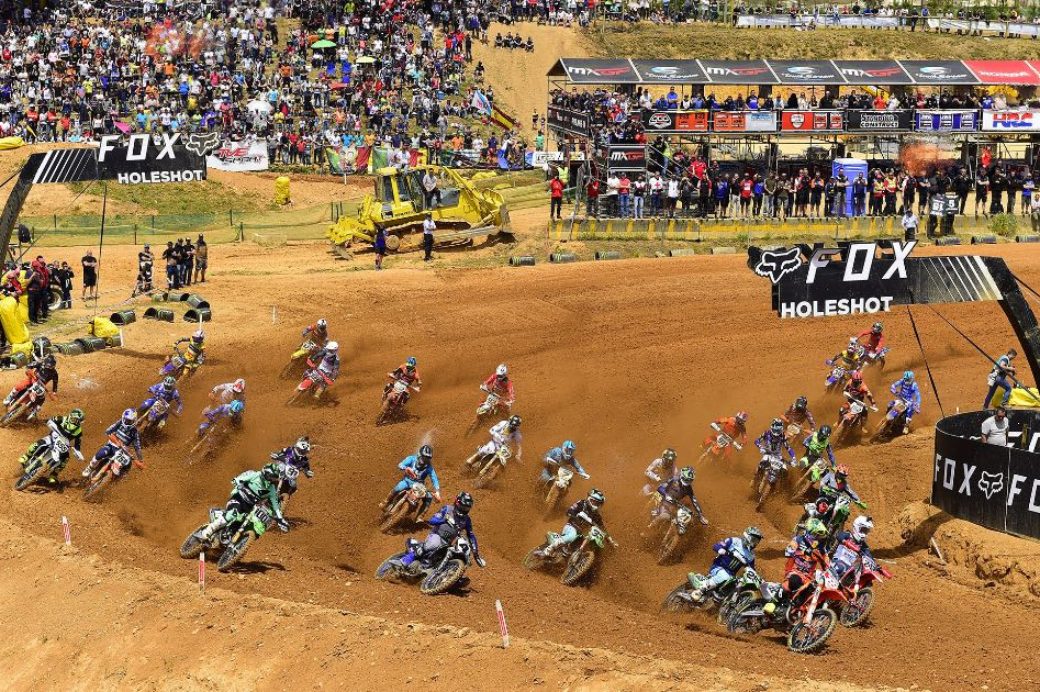 It has been three years since the FIM Motocross World Championship took place in Agueda, Portugal and finally, this weekend, MXGP will see the return of the Portuguese Grand Prix.

Agueda has been on the MXGP calendar since 1985, with the inaugural event won by David Strijbos in the 125cc division. Since then, the Portuguese circuit, known for its distinctive orange clay base has hosted 22 FIM Motocross World Championship events, with this weekend’s race being the 23rd time.

As it stands, Antonio Cairoli holds the record for the most Grand Prix victories at the venue, having won five in 2005, 2007, 2008, 2009 and 2017. While in the Women’s Motocross World Championship, it’s Courtney Duncan of Big Van World MTX Kawasaki who has the most victories having won the previous two events that took place there.

Last time around in 2019, the MXGP of Portugal saw Team HRC’s Tim Gajser go 1-1 for the second time that season in MXGP, while in MX2, Red Bull GasGas Factory Racing’s Jorge Prado won both of his races too and went on to claim the red plate from Diga Procross KTM Racing’s Thomas Kjer Olsen for the first time that season.

Heading into the races this weekend, there is no doubt that Gajser is the top favourite to win. The Slovenian is yet to let anybody else win a GP this season, having won the last three out of three events. He is without a doubt in great form and positive memories from the last time that he visited Agueda will only add to his strength.

When it comes to the championship standings, Gajser also holds a 17-point lead over Monster Energy Yamaha Factory Racing’s Maxime Renaux, but he will need to be careful of the Frenchman this weekend after we witnessed him secure his first race victory in the MXGP category less than two weeks ago.

Renaux has certainly made some heads turn as he has solidified himself as a true MXGP competitor and title contender for 2022. He has also shown time and time again that he has the strength, speed and the mentality to run with the front-runners of the premier class and therefore could be a big threat for the championship.

Meanwhile, Prado will take the opportunity to bounce back from a tough Argentinian Grand Prix. Despite landing on the podium, the Spaniard did not look like his usual self throughout the weekend, confirming the feeling himself at the post-race press conference, he also declared that he is excited to return to Portugal, a place that holds nice memories.

Last time around Prado took the red plate in MX2 and continued the season with a string of victories to dominate the championship and claim his second world title. He will no doubt use those memories to his advantage this weekend as he will look to come back with a strong result.

Monster Energy Yamaha Factory Racing’s Jeremy Seewer had an unlucky weekend at the previous round in Villa La Angostura, as a crash in the second race with Olsen went on to cost both riders valuable points. Seewer is currently fourth in the standings and will need a good result in Portugal in order to not lose the group ahead of him and stay within contention of the title this season. Meanwhile, Olsen is seventh and has shown some positive results this season and it will be interesting to see what more he can deliver.

Standing Construct Husqvarna Factory Racing’s Pauls Jonass may have surprised a few people in Argentina after he claimed the MXGP qualifying race win and led 11 laps of the first race. The Latvian struggled with injury in the off-season and admitted that a lack of bike time was an issue, but despite his wound opening up in Mantova and needing further surgery to fix that, Jonass came to Argentina without any pressure, and that certainly paid off.

Now it will be interesting to see if he can carry this momentum to Agueda and continue his year in a positive direction.

Meanwhile his team-mate Brian Bogers did not get so lucky. After coming close to a podium finish in Mantova, Bogers drew some attention by the time we arrived in Argentina.

Things were looking positive until a big crash with F&H Kawasaki Racing Team’s Jed Beaton in the qualifying race saw the Dutchman dislocate his shoulder and not line up for the races. It is unclear how Bogers is at the moment, but his name remains on the entry list for the weekend.

Another name to look out for in MXGP is Honda 114 Motorsports Ruben Fernandez who has finished well inside the top 10 during the last two GPs. This is Fernandez’s rookie season, but already he has shown a glimpse of what can be expected for the future as he gains more experience and confidence in the category.

Meanwhile, finally making his return to MXGP and his debut with the JM Honda Racing Team is Ivo Monticelli who due to injury was missing from the first three rounds of the season. But now back on the bike and ready to go, it will be interesting to see how Monticelli will match up against his competitors and his team-mate Henry Jacobi who has been strong out of the gate the last couple of rounds as he claimed two Fox Holeshot’s this year so far. 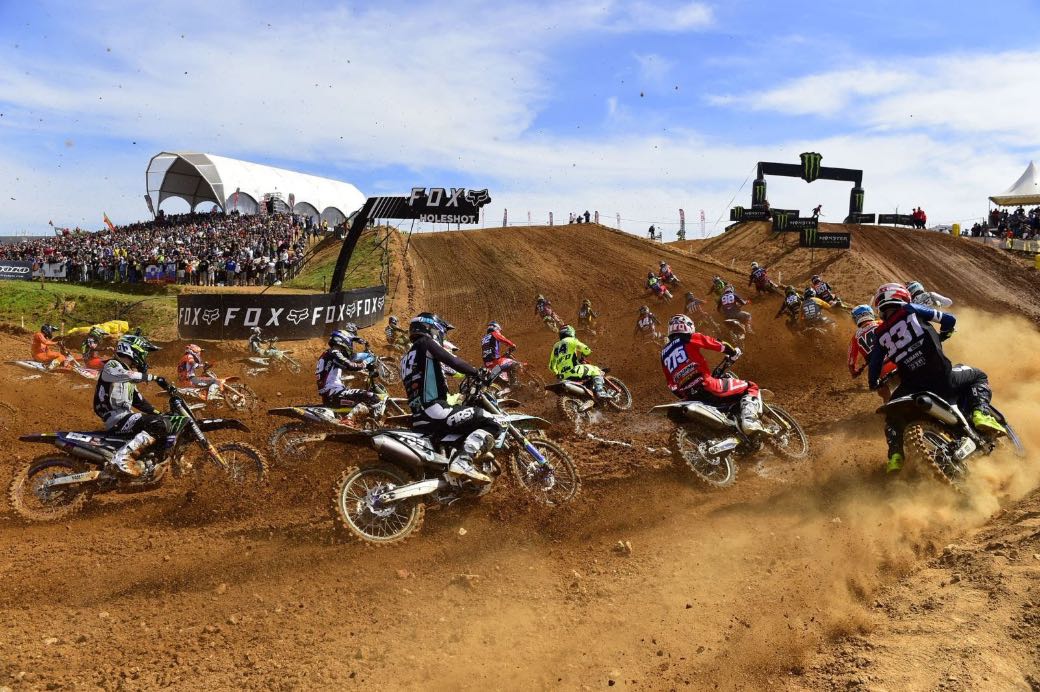 In MX2, things are also getting interesting as we finally witnessed Red Bull KTM Factory Racing’s Tom Vialle make his much-anticipated return to the top step of the podium after a tough couple of weeks. The Frenchman struggled with injury in the off-season and then upon his return had some big crashes, most notably the crash in Mantova and another in the last lap of practice in Argentina. But he bounced back with a win in the second heat to steal the overall victory from Monster Energy Yamaha Factory Racing’s Jago Geerts.

Three rounds in, Geerts leads the MX2 standings by 26 points over Vialle, who is just a point ahead of Red Bull GasGas Factory Racing’s Simon Längenfelder. As it stands, the trio have a GP victory each to their names, while Geerts is slightly ahead with 3 podiums and 3 race victories. But those stats don’t mean a lot at the moment as there are still plenty of rounds to go.

Riders who could challenge the top three include the likes of SM Action Racing Team YUASA Battery’s Andrea Adamo who has caught the attention of many in the first few races this season, along with Big Van World MTX Kawasaki’s Mikkel Haarup who celebrated his first podium since 2020 after finishing third overall in Argentina. It will be interesting to see if he can carry on with this momentum and who knows maybe this could be the start of a string of podiums for the Dane and regular top-five finishes, as he has shown that he has the ability to run at the sharp end.

And the same goes for F&H Kawasaki Racing Team’s Kevin Horgmo who has demonstrated that he can battle with the riders at the front, though crashes have proven to be costly for him. Nonetheless, he has made a lot of progress over the off-season that is evident, and a podium finish is likely on its way.

Despite struggling in the first few races this season, there is still a lot of hope that Red Bull GasGas Factory Racing’s Mattia Guadagnini will turn things around and get back up to podium fighting positions, where he deserved to be. Last season Guadagnini racked up a nice number of podiums, before struggling in the latter part of the season and it’s still unclear what has been holding him back this year, but one thing for sure is if things come together he can run at the front.

Last time around in Argentina, it seemed like the MX2 category took a big hit as two of the top stars, Nestaan Husqvarna Factory Racing’s Kay de Wolf and Roan Van de Moosdijk suffered crashes and went out with injuries. Now news comes that de Wolf will aim to make a return for Portugal, which is great news as he was among the top guys in the class, while Van de Moosdijk underwent surgery on his shoulder and is nursing a broken collarbone and fractured wrist as well. His return is not yet known.

On a more positive note, this weekend we will see the return of Monster Energy Yamaha Factory Racing’s Thibault Benistant who was another rider who missed the start of the season due to injury.

Hitachi KTM Fuelled by Milwaukee rider Isak Gifting and Gianluca Facchetti of KTM Beddini MX2 will miss the upcoming GP due to injuries sustained in Argentina. Their return is not yet confirmed.