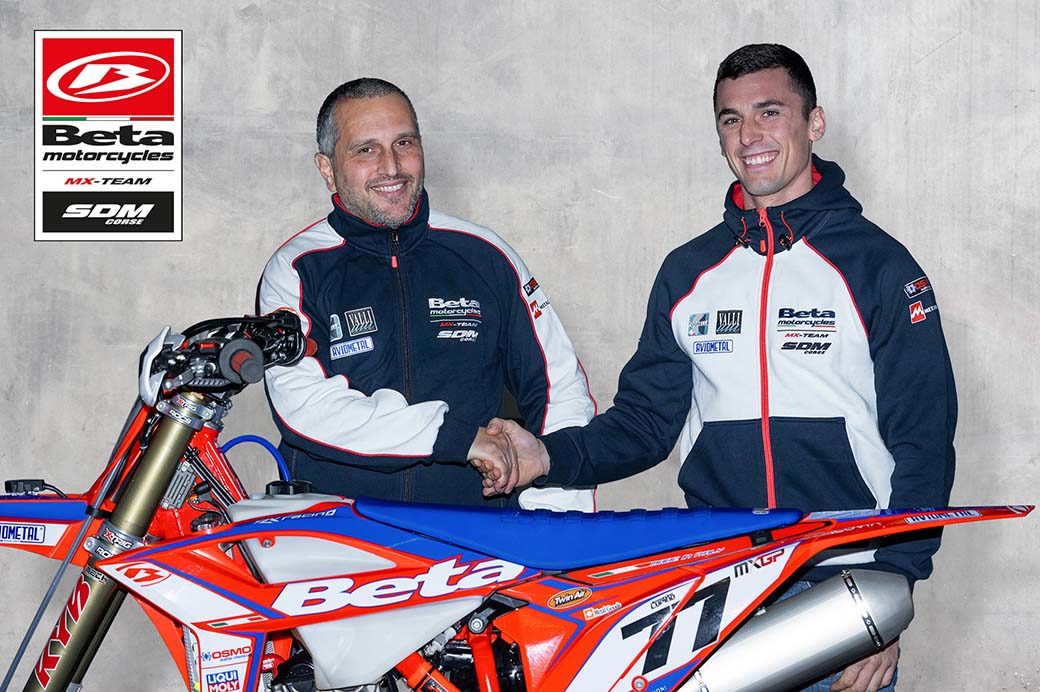 Lupino spent last term with Marchetti Racing Team KTM and has switched to Beta with a two-year deal.

The 30-year-old Italian is an eight-time champion in his homeland and has been European and World champ in the 85cc class. Lupino is part of the Fiamme Oro sports group of the Polizia di Stato, and this year achieved solid results in the premier class, finishing among the top 10 in the World – just ahead of Britain’s Ben Watson.

Lupino started his 2021 season in epic style with a fifth and fourth to secure fourth overall in Russia, and for most of the season, he delivered some solid results with only a few disappointing motos. His last race of the year was Paris Supercross, where he finished inside the top 15.

However, his career highlight, to date, has to be winning the Motocross of Nations with Team Italy in Mantova earlier this year.

Lupino’s deal signifies Betamotor’s continued belief in its motocross project and is an ideal addition to the team. While Jeremy van Horebeek is on board Beta to help the development of the Italian machine, Lupino’s mad quali skills and ability to occasionally run with the big boys of the class will help put the Italian MX machine in a good light.

In the press release, Beta describes Lupino’s arrival as “a season full of emotions” and wishes him the best of luck for the year ahead.