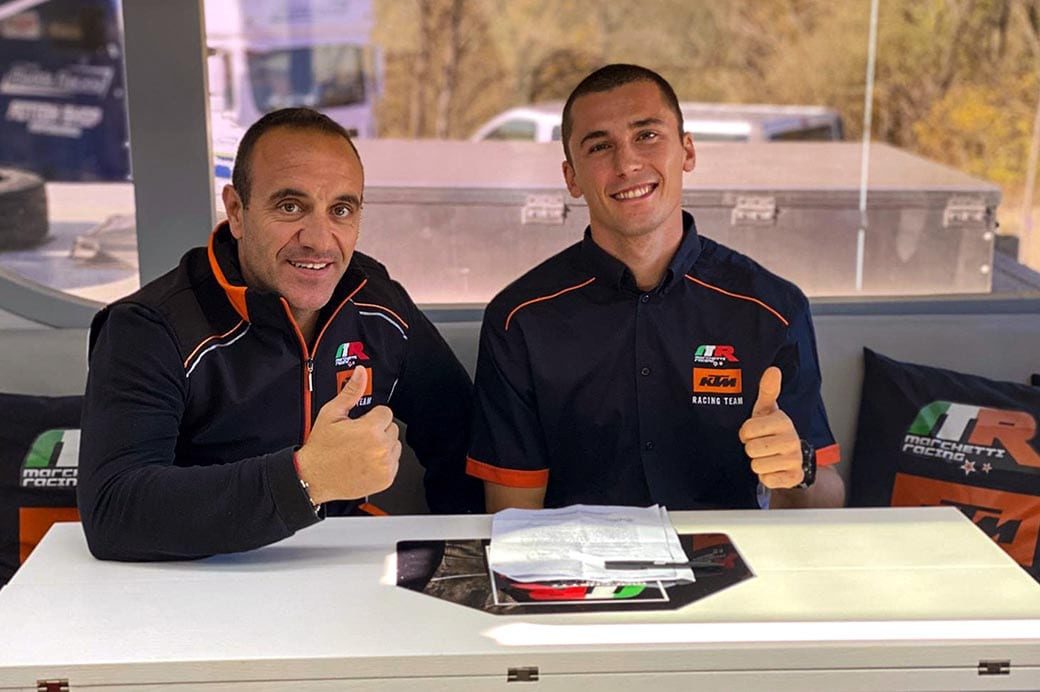 The Marcehtti Racing Team KTM has announced the deal for the 2021 season with Alessandro Lupino, which will see the Italian compete in the FIM Motocross World Championship aboard the KTM 450 SX-F.

For Lupino this means he gets to go back to his roots – as the Italian was born in Viterbo, the same city where the Marchetti team and the team owner Elio Marchetti are from. While the team only started in the Motocross World Championship back in 2012, Elio Marchetti supported Alessandro in the early stages of his professional motocross career.

Lupino will take part across all of the 2021 MXGP season, the Internazionali d’Italia and the Italian Motocross Championship in the premier class.

Alessandro Lupino: “I’m very pleased to sign with Elio and the Marchetti Racing Team, through the years they always show how professional they are and how much passion they put in the races. For me that means a lot because I’ll be back in Viterbo, the city where I was born, and also I’ll be back on the KTM the bike with that I won my world championship in the 85 class in 2006.”